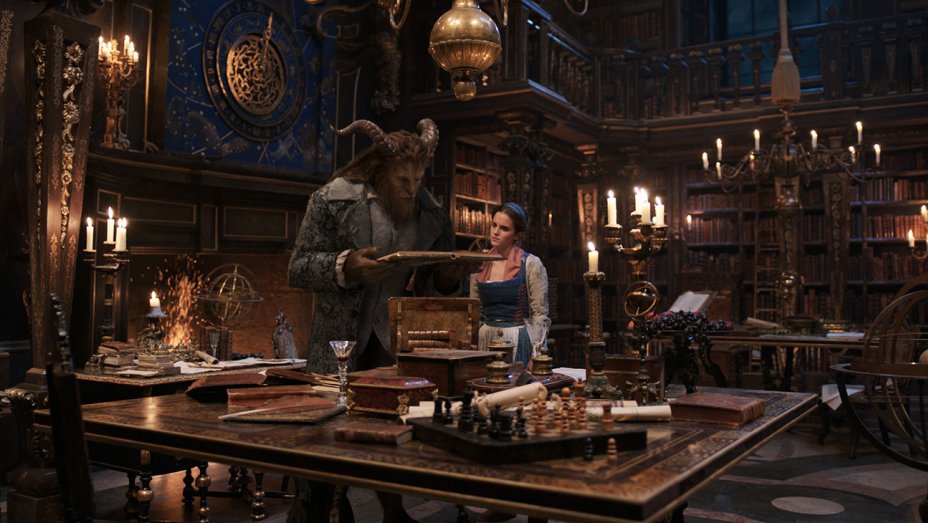 The Disney live-action fairy tale landed one of the top 10 openings of all time and the biggest ever for a PG title, both in North America and overseas.

Be our guest, indeed.

Director Bill Condon’s Beauty and the Beast opened over the weekend to a monstrous $170 million from 4,210 theaters at the North American box office. Overseas, the female-fueled update of the classic 1991 animated musical also dazzled, earning $180 million for an elegant global bow of $350 million.

Beauty set a number of new records, including the biggest start ever for a PG title both in North America and abroad (Last year’s Finding Dory was the previous champ domestically with $135 million). And it surpassed the $166 million domestic debut of last year’s Batman v. Superman: Dawn of Justice to land the top March opening of all time. Just as impressive, the family-friendly movie boasts the seventh-biggest domestic opening for any film, and the biggest outside of summer save for December 2015 bow of fellow Disney blockbuster Star Wars: The Force Awakens, not accounting for inflation.

Several rival studios have Beauty and the Beast coming in higher ($173 million-$174 million); a final figure will be released by Disney on Monday. Either way, it will be the largest domestic opening since Marvel/Disney’s Captain America: Civil War ($177 million) almost a year ago, despite the objections of some conservatives both here and abroad who decried Condon’s decision to make one of the characters openly gay, even if the scene is fleeting.

Internationally, Beauty placed No. 1 almost everywhere. It was huge in the U.K. with $22.8 million — one of the top five openings ever there — and impressed in China with $44.8 million, already topping the entire runs of Maleficent and Alice in Wonderland.

The $160 million tentpole is yet another win for Disney, where studio chairman Alan Horn — who worked with British star Emma Watson on the Harry Potter franchise when running Warner Bros. — and production chief Sean Bailey have been intent on mining the studio’s classic animated vault and building a stable of live-action movies. Past hits include The Jungle Book, Maleficent, Cinderellaand Alice in Wonderland.

“There were a combination of factors that made this a recipes for success. There was a nostalgia for the original and the Disney brand. Plus, there is an iconic soundtrack with old and new songs. Emma Watson was perfectly cast as Belle. The visual effects were also their own character,” said Disney distribution chief Dave Hollis. “And I love our date. We have five weeks of rolling spring break ahead of us.”

Audiences gave Beauty an A CinemaScore. Disney reports that a healthy 40 percent of the audience were males, and nearly half the audience were adults and teens, a startling stat for a PG family title; the remainder were parents and kids.

The tale follows the bookish Belle, who attempts to rescue her father from the castle of a terrifying beast, and instead becomes his captor. But she soon starts to fall for the Beast and the enchanted staff of his castle, who were all put under a spell by a witch.

The film saw a nice boost from a full run in Imax theaters, generally known as a haven for fanboys. But with PG films booming, Imax is expanding its programming to include family-friendly fare. The large-screen exhibitor worked with Condon on making a special version of Beauty that allows more to be seen on the screen because of a different aspect ratio. Also, Imax offered a 2D version of the movie throughout the day so that it would be a more affordable outing for families. The scheme worked, with Imax locations contributing $12.5 million in North America and $21 million worldwide, beating Jungle Book ($18 million) for the top PG title.

Beauty caused some consternation in a smattering of foreign markets after Condon recently revealed that Gad’s character LeFou, Gaston’s sidekick, is gay. Russia gave the movie a restrictive 16 rating, but it still earned $6 million, on par with Cinderella.

Censors in Malaysia have gone one step further and asked Disney to cut what it deems a “gay moment,” but the studio says it won’t make any changes.

The only film that dared to open nationwide opposite Beauty was The Belko Experiment, which grossed $4.1 million from 1,341 theaters for a seventh-place finish. Written by James Gunn (Guardians of the Galaxy), Belko Experiment is an Orion Pictures’ low-budget horror thriller which is being released by Blumhouse’s alternative distribution arm, BH Tilt.

The pic, directed by Greg McLean, follows a group of 80 Americans who are locked in their high-rise office in Bogota, Colombia, and ordered by an unknown voice coming from the company’s intercom system to participate in a deadly game of kill or be killed in order to survive.

Two male-fueled titles placed No. 2 and No. 3 over the weekend, Kong: Skull Island and Logan, respectively.

Warner Bros. and Legendary’s Kong fell a respectable 53 percent in its second weekend to $28.9 million for a domestic total of $110.1 million. It took in another $38.5 million internationally for a global cume of $259.2 million. The movie’s main challenge remains recouping its hefty production budget of at least $185 million.

In its third outing, Fox’s Logan neared the $200 million mark domestically, grossing $17.5 million for a cume of $184 million. The final and third Wolverine movie has earned north of $500 million worldwide.

Jordan Peele’s sleeper hit Get Out placed No. 4 with $13.2 million in its fourth weekend for a domestic total of $133.1 million. It debuted to an early $2.1 million overseas for a global tally of $136 million for Universal and Blumhouse.

Lionsgate’s faith-based The Shack rounded out the top five with another $6.1 million for a cume of $42.6 million.

At the specialty box office, TriStar/Sony’s T2 Trainspotting earned $180,000 from five theaters for a pleasing location average of $36,000, the best of the weekend after Beauty ($40,380). The long-awaited sequel has already earned more than $34 million overseas, mostly in the U.K.

Rebecca Ford contributed to this report.

Beauty and the beast 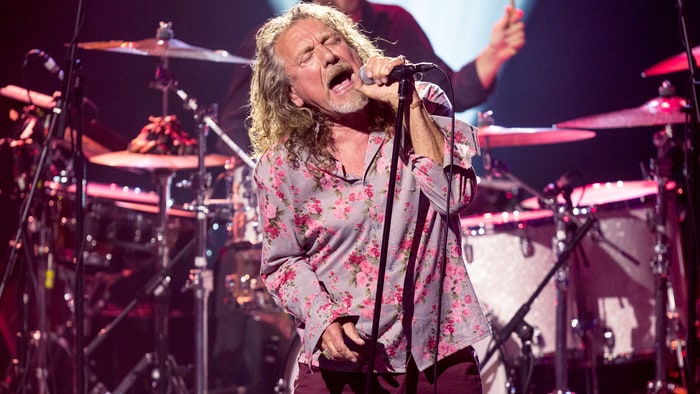 Robert Plant made an appearance Tuesday night at London's Royal Albert Hall during a performance by violinist Nigel Kennedy to sing Led Zeppelin's "Kashmir" and cover "Hey Joe." The gig, a gala concert, had been billed as Nigel Kennedy and Friends and otherwise featured mostly classical performers. Fan site LedZepNews captured audio of Plant's songs. Prior to singing "Kashmir" for the first time since Led Zeppelin's 2007 reunion at London's O2 […]