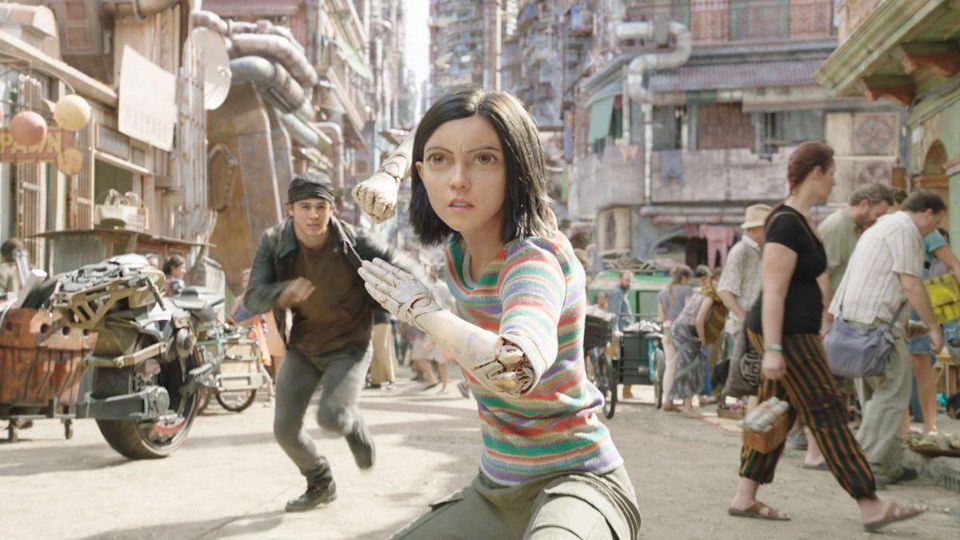 Well, at the very least, Alita: Battle Angel is going to have a better opening weekend in China than it did in North America. Yes, the film surprised us last weekend by earning an arguably best-case-scenario $42 million Thurs-Mon gross, and the hope is that it can hang on for two weeks until Captain Marvel does its thing on March 8. But it’s other big hope is that it makes so much in China that it won’t have to do better than “pretty good” over the rest of the world. And it got off to a decent start on that end, earning $19.75m on its first day in China, including $1m in midnight totals.

That’s not a blow-out figure, but it does point to a debut weekend of between $60 million and $65m. Presuming a $65m start, if the 20th Century Fox release legs like a “normal” Hollywood import, we’re looking at a $143m cume in China. If it legs like Kong: Skull Island ($168m from a $71m launch) it gets to $153m. A run like Ready Player One, which everyone is currently praying for, puts the film at $214m-$232m in China alone. Yes, this is somewhat speculative. However, word of mouth is good, and the film is very much the kind of thing that Chinese audiences tend to dig. And it did just nab a $20m opening day.

As of now, it has earned around $110 million overseas and around $48.5m domestic as it heads into its third global weekend. So, combined with the $19.75m China Friday gross, it has earned around $178m worldwide. Yes, that means it has grossed more than its reported $170m budget, but that’s only half (or one-third of) the battle. The hope is that the Robert Rodriguez-directed/James Cameron and Jon Landau-produced sci-fi actioner can parlay its better-than-expected opening weekend and comparatively solid audience buzz into halfway decent legs. Think a $15m second weekend (-47% from its $28.5m Fri-Sun debut frame) for an 11-day total of around $63m.

Japan is also opening this weekend, but unless it pulls a Maleficent ($63 million in Japan back in 2014) or… haha… a Frozen ($247m in 2014), I’d wager that Japan is only good for $25m at best. Outside of China and Japan, the Rosa Salazar superhero origin story/young adult fantasy melodrama is pacing around 5% ahead of Steven Spielberg’s Ready Player One. That Warner Bros. release eventually went bonkers in China (thanks to video game culture, Spielberg’s marquee value and its “foreignness” as a distinctly American slice of pop culture) to the tune of $218m. The film ended up with $477m overseas to go with its $135m domestic cume. Even 75% of that across the board gives Alita $357m abroad, $101m domestic and a halfway decent $457m worldwide cume.

If it gets to $450 million, it’ll break even or at least be in a position to eventually break even/make money once post-theatrical money (from (VOD, DVD, TV, streaming, etc.) rolls in. If it legs out anywhere close to last year’s overperforming Spielberg fantasy, and I would argue Fox is selling this thing as if Cameron was the “movie star” (as was Spielberg in the Ready Player One campaign) alongside its title character, it might get to $500m worldwide. If Alita cracks $500m without cracking $100m domestic, it’ll be the first (non-Chinese) movie to do so.  It was only 3.5-years ago when (ironically) Terminator: Genisys became the first movie to earn over $400m worldwide without crossing the $100m mark in North America.

The Mummy ($410 million worldwide with $80m domestic) and Warcraft ($433m worldwide with just $47m domestic) did the same trick. It’s worth noting that none of these films were considered successes. The reason I’m rooting for this one is, aside from the fact that I rather liked the movie (it ironically reminded me of Wonder Woman), that Fox sold it specifically based around its title character as opposed to a somewhat generic “behold, a fantasy world you’ve never seen before!” pitch. If that pitch is what separates it from the likes of Valerian, then it may prove to be a valid pathway to promoting “new” big-budget sci-fi adventures to moderate success.