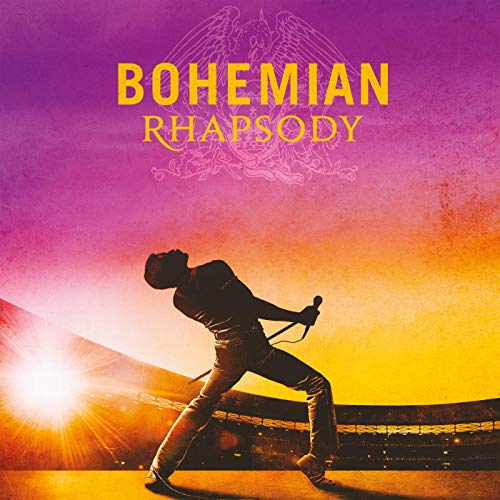 This Is the Most Wide-Open Best Picture Race in Years

Is it because we don’t know what “Best Picture” means? The Oscars have been undergoing a radical shift in the past half-decade. What is or is not worthy of its biggest

award is still a curiosity.

There have been 90 Best Picture winners, and not a lick of sense in determining any of them. We can spot trends, identify through lines, and cite black magic—but there are no rigorous, historical standards. The Oscars are fickle by nature, evolving as the medium of film evolves. This is the beauty of the show and also, usually, the tragedy. Best Picture is the final award handed out at the show and the summation of a year in film. It is preceded by 12 months’ worth of movies—347 qualifiers in 2018—and then a slow bleed of top-10 lists, critical bodies’ awards, ceremonies coordinated by stand-alone groups like the Hollywood Foreign Press Association, followed by the various industry guilds acknowledging the masters in their disciplines. It is a breathless slog that often feels like running across the ocean floor. Right now, I am in deep and drunk on the depth. I’m not sure we’ve ever been this hammered.

No one knows who will win Best Picture. At this time of year, that’s always true. It’s truer in 2019. We’re in the midst of a fascinating, wide-open race that could signal a great deal about the future of the form. The oddsmakers’ favorites for many weeks have been Roma, Alfonso Cuarón’s Netflix-backed drama of memory about his youth in 1970s Mexico, and A Star Is Born, Bradley Cooper’s vivacious remake of one of Hollywood’s great melodramatic musical chestnuts. Both films are personal, powerful evocations of what makes movies worthy of all the fuss in the first place. But the binary is clear: a streaming gate-crasher from a confirmed master and a first-time director working with Warner Bros., one of the oldest names in studio filmmaking. The Oscars love a binary. I thought it would be this simple through the final moments of the ceremony. It rarely is.

The weekend before last, the Golden Globes, a ritual self-own masquerading as an awards show, upended the narrative by selecting Green Book in its Musical/Comedy category and Bohemian Rhapsody in its Drama category. Those watching either flipped out or simply exhaled, depending on their relationship to the Globes. The Globes are rarely a rock-solid indicator of Oscar futures. But they are a Galaxy Brain mood board, one that gets viewers and voters thinking about radical possibilities. Voting for the Academy Award nominations opened exactly one hour after the Globes telecast concluded. The last thing those voters had likely seen was (some of) the makers of Bohemian Rhapsody onstage victorious. That’s meaningful. We are a highly impressionable species, prone to recency bias and the charms of “Don’t Stop Me Now.”

Voting closed Monday. And Green Book, according to oddsmakers, has been slowly making inroads in the past week—this despite routine missteps, gaffes, and outright ignorance on the part of some of the filmmakers that has been unearthed. It has been a disastrous campaign for Green Book, and yet, there is the sense that it is only growing stronger. This seems extraordinary, absurd, almost insulting. And entirely in keeping with Oscars history.

What does it mean to be Best Picture? In formal terms, it’s a citation marking excellence in the field of motion pictures. Does it celebrate innovation? Craft? Vision? Performances? Virtue? Fearlessness? Commercialism? Yes to all. At the first Oscars ceremony, in 1929, there were two Best Picture prizes: Outstanding Picture and Unique and Artistic Picture. (The latter was eliminated one year later, making Murnau’s Sunrise the lone winner of the “unique” prize.) This original split—a clear delineation of ideas—recalls the Academy’s disastrous introduction-then-scuttling of the “Popular Oscar” last summer. It’s also a necessary reminder that Best Picture is made up, an illusory convention we’ve come to accept as biblical truth. Scanning the history of Best Picture winners is a good way to develop a migraine. There are some moving, exceptional works. (The Apartment’s win in 1961 still seems like a small miracle.) And a few movies that shifted the medium altogether. There are also Oliver!, The Greatest Show on Earth, and Driving Miss Daisy. Best Picture is a living testament to Mistakes Were Made.

Sometimes, there appears to be a logic at work. From 1968 through 1980, the period often referred to as the New Hollywood, nine films that could loosely be defined as dramas won the award. The movies that won—The French Connection, The Godfather, Rocky—were grittier and more grounded than their predecessors, marking a shift in the industry and the country writ large. In the period that preceded it, the late ’50s through the mid-’60s, four musicals won, as Hollywood baby-boomed its way through the songbooks of Rodgers and Hammerstein, Sondheim, and Lerner and Loewe. Six winners in the 1980s were based on a true story. Between 1998 and 2004, every winner had grossed at least $100 million in the U.S. Approximately every 10 years, an important-seeming biopic comes along and wins.

In this decade, three biopics/docudramas and two comedies have won, by far the most in either category when compared to any decade before it. What does that mean? Maybe an Academy in flux. During previous Academy president Cheryl Boone Isaacs’s administration, the size and diversity of the voting body grew significantly. There are approximately 8,000 members in the group now, and many of those new members are internationally based, many more are women, and a vast number more are nonwhite. What makes a Best Picture to them, rather than, say, the body that picked 2012 winner The Artist? Who knows? At the start of 2016, the Academy’s 6,241 members were approximately 92 percent white and 75 percent male. Boone Isaacs vowed to double the number of women and members of color by 2020. Things are changing; history is not immutable. But the Academy has a new president, cinematographer John Bailey, and other issues to contend with. (A host, for example, would be useful.) As the Academy tangles with its own future—how the world see its biggest showcase and decides on its merits—it would behoove the group to drill down a bit on what it is rewarding. In theory, the wide-open nature of this year’s race—and the presence of several box office hits—should portend wild anticipation for the ceremony. I’m not sure whether that’s the case.

This year we’re almost certain to have our first comic book film, Black Panther, nominated. For better and worse, Marvel movies are the Westerns of our time—good for business and complicated by industry biases. The best are larded with deep subtext; the worst move the chains at cineplexes every weekend. And like Westerns, which stretched some 60 years between Best Picture wins for Cimarron in 1932 and Dances With Wolves in 1991, I think it will be some time before an MCU entrant wins the award. Something seems wrong and overdetermined about that, in the same way there was something wrong about Dances With Wolves over Goodfellas, one of the iconic Oscar Travesties of our time.

I saw Black Panther on a big screen again this weekend; it was my third time. I was blown away, again. The depth of the ideas—isolationism, succession, abandonment, technocracy—overwhelmed me. It is the work of people with so much on their minds, so much to say about our past and where we’re going. This feels explicitly like what the Oscars should be celebrating. Sure, there are war rhinos and speeches about vibranium and a shoot-out in a casino in South Korea. But is it really any sillier than Lord of the Rings: The Return of the King? What about 1957’s Best Picture winner, Around the World in 80 Days? Or 1930’s The Broadway Melody? Of course not. But Black Panther lives in that amniotic bubble of Happy To Be There, an obligatory nod at a movie that many believe should feel fortunate to even have a seat at the table. Black Panther likely will join its Western brethren like Shane, The Treasure of the Sierra Madre, High Noon, Stagecoach, and Butch Cassidy and the Sundance Kid among the genre classics that were Best Picture also-rans. Honestly, I don’t think Bohemian Rhapsody has a case against Avengers: Infinity War. And certainly not against Spider-Man: Into the Spider-Verse. But I’m confident BoRhap will be announced January 22, while I do not expect to see Thanos. This is how it works. Just nine comedies have won Best Picture. Tom Hooper has one Oscar, and Stanley Kubrick died with zero. Return of the King is the only fantasy story to ever win. (We’ll see whether Green Book can make it two.) Crash won.

There is no precedent for 2017 winner Moonlight. Last year’s winner is the first that could be categorized as “science fiction.” I thought of opening this column with a rude, semi-rhetorical question: When’s the last time you revisited The Shape of Water? I changed my mind, but I can’t get past the idea. The Shape of Water wasn’t the best film of 2017. It isn’t Guillermo del Toro’s best film. It wasn’t even the year’s best movie about interspecies love. But it satisfied a historicity that the Academy appreciates. It was del Toro’s love letter to the kind of creature features he grew up on, an intellectual circumnavigation of his own work and the inspirations that informed it. When it won, I wrote, “What The Shape of Water’s win creates is a far more subtle change, one that tells the story of the ongoing push-pull of popcorn movie acceptance in the Academy.” And Guillermo del Toro is worthy of an Oscar, whatever that means. So what will we do in 10 years, when Jordan Peele has made six or seven features, while Get Out is his Mean Streets, overlooked in its time? Will we just write another column and sigh into the void, wondering about the purpose of this particular gear in the entertainment industrial complex? If the Oscars are still around, yes we will. But in the meantime, the Academy has a chance to clarify its future immediately after these awards. To either go forward with the Popular Oscar or shelve it indefinitely; to clearly define what its most prestigious award means and how to arrive at it. To fix what’s left of the Academy Awards.

There is no winner that will satisfy all. If The Favourite makes a late-stage bid, it will be decried as oddball royalty-mongering. If BlacKkKlansman rises quickly, we will remember it as Spike Lee’s The Departed, the makeup win he should have had for Do the Right Thing. If Vice wins, we will decry the implications of celebrating a ghoul. If Green Book wins, we will rend our garments and compose our think pieces. If Bohemian Rhapsody wins, we will riot. If A Star Is Born wins, we will lament our poptimist future. If Black Panther wins, we will moan about corporate infantilism. If Roma wins, we will cower before the Netflix Death Star. There will be no winners February 24, but it sure is an honor just to be nominated.