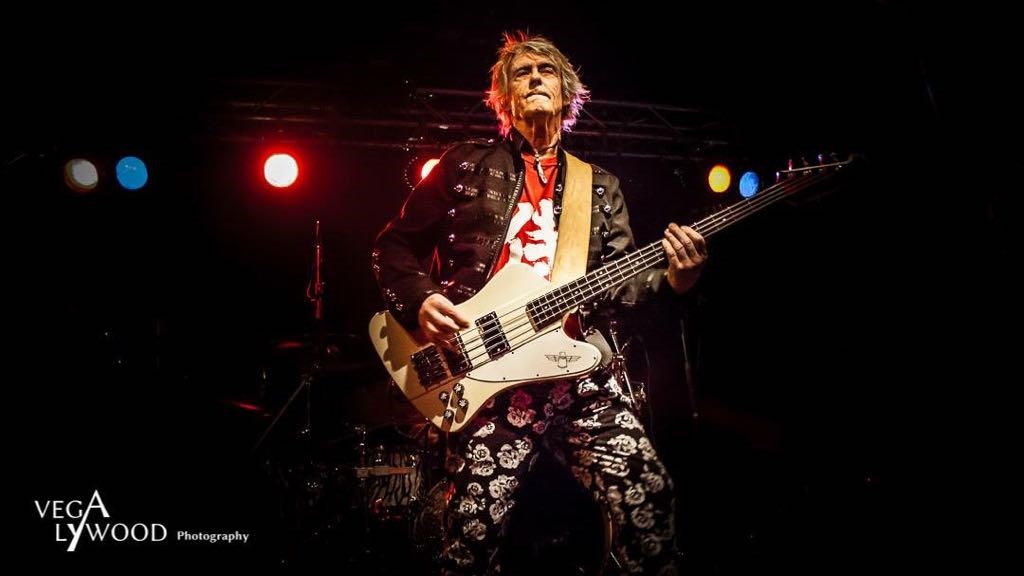 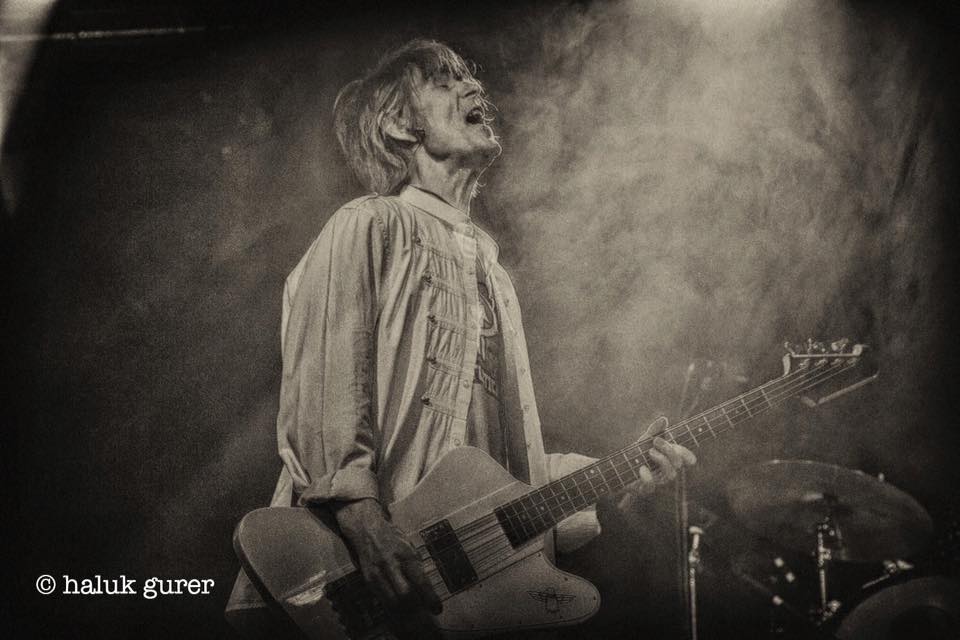 It’s the sentimental value that is most important to have a nice time. When Martin Turner was a 20year old or a 30year old together with his amazing friends, Powell and Turner, I imagine – I’m sure that it would be much better than in year 2018 when I saw him together with around 600 people at Kyttaron.

But when in a live performance of a musician that while listening to you’ve eaten your food, done your homework, made love, slept with his voice on your ear, it’s just irreplaceable. I can’t put it in better words. Coming together with this musician as well as with a bunch of strangers it’s like watching your favourite moments from your teenage years in a film. You have butterflies in your stomach, you get emotional, you are happy.. you feel the much needed joy. Honestly, every time I attend this type of concerts I get the feeling that we are all mad. From the loneliness of your bedroom and  headphones, to the total nudity. Whatever you’ve felt by yourself because of the music suddenly reoccurs and you feel it together with hundreds of people.

You can shout with your comfort the lyrics and not disturb anyone. Total freedom. And love. I’ve said this before, concerts are like going to church. Everyone, acquaintances or strangers gathered with the feeling of love.

Mister Turner was extraordinary like all the other musicians. We listened to songs we love from Wishbone Ash as well as the whole Argus. The vocals were great. Turner, Danny Wilson the guitarist and Tim Brown the drummer performed songs. The two guitarists,Danny  Wilson and Misha Nikolic , stood their ground. Martin was bit hoarse but still great. The vibrato was distinctive. The orange juice that he was drinking on stage was in order to assist his vocal cords. But he hasn’t quite smoking although he know smokes light cigarettes. He doesn’t even share. When I offered him my Marlboro he refused.

Certainly if you are someone like Martin who’s known the glory of a rockstar since being young, the “arrival” of his children is life-changing.

“I tell my girls that I’m a rockstar and they laugh at me saying that I am too old.” He laughed while saying those. Well would you look at that, I thought. That the coming of your favourite people on earth keeps you grounded. Martin was friendly and humorous. And I wish him to go on his bucket list journey to Russia. He feels familiar for some reason with their culture, their music( he loves Tchaikovsky and Rachmaninoff). On the contrary with the Americans. He stayed three years in Kentucky but ended up in New York.

Describing it very vividly he said, ” Americans are this type of people: He stretched his hand, hunchbacked  and starts yelling: – Hey Martin how are you man blah blah blah. “When I tried to think of the friends I made there I found out that there was no one. And so he left, after seeing how paranoid they are. He described me an incident he witnessed. While in a car with an American, after passing by a black man, the American pointed at him with his fingers gun-shaped and made a bullet sound with his mouth. Martin asked ” do you know the guy, has he done something to you?” And the other answered naturally: “Well didn’t you see? He is black. Look man, there’s a civil war that’s gonna happen. I’m ready with my guns at my house.” “What’s your name again? People there are paranoid. Not all of them, but most of them”.

To be honest, if I hadn’t searched him on Facebook I wouldn’t know how he looked to identify him. Even in an empty hallway I would have walked right past him. Fortunately..

Martin, wanted to come to our station but next day at 5 he had his flight scheduled. He was surprised when he found out that I play Wishbone Ash at my show. But how could I not, I responded. I have to add that his looks were great still for his age.

It’s because of his children that he even likes ABBA. Back when he was younger he didn’t like them. “I was a serious musician”he joked with himself  and he made his move as he played his bass. He told me that he had seen them on TV and that the two girls’ picture of their hips dancing drove him away. Years later, his girls asked him to buy them the best of Abba.

«Whaat? ABBA? Are you sure? “. Then, he “discovered” them again and said to me: One, two, three times! Then the songs play again and again on your mind ! And not only! You identify with mood and singing and you are happy! And with The Winner Takes It All you cry! You can not do anything else.

Another meeting impressed him. He was once was at the studio of Vangelis Papathanasiou in London, and there was also Demis Roussos. “With Demis Roussos, he tells me, middle aged fat ladies will have a good time … but what I heard in Vangelis’s studio was incredible! His voice made some incredible melodies along with the keys of Papathanasiou.” Unfortunately he did not remember what song it was …

This conversation took place in front of a poster of Socrates Drank The Conium that is so nicely stuck on the wall. Those who have gone to Kyttaro know it well. I told him about Yanni Spatha and his value. He did not know him. It was then that I started talking about greek music from Epirus and how I was sure he would have liked it. He replied by telling me that he has been listening to Hindu music lately, who accidentally listened to a record store in America, and that, with incredible humor, he was telling me that his salesman immediately made it to buy it. And he bought it. He mentioned a singer, whose name i cannot recollect.

We parted ways with the promise of meeting again. And then i saw him on stage.

I had a great time. They played amazingly.

When we were talking about our pets (he has a cat) I forgot to tell him that one of our four dogs has the name Argos – Argus … I think he would have laughed a lot … And finally, as I have always been in similar situations, because my encounter with him happened to be a coincidence, I did not even thought of asking him to take a photo together. Now it saddens me. However, I would not exchange our acquaintance and our conversation with no selfie. 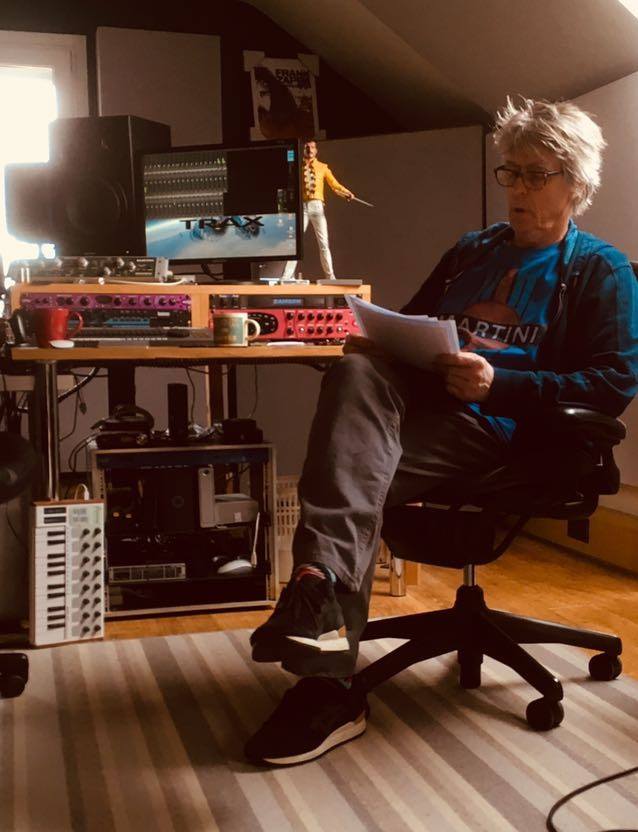 The set list of the concert: Runaway, Written in the Stars, Errors of my Way, Front Page News, Persephone, The Pilgrim, Silver Shoes , Blind Eye, Doctor, Jail Bait and all the Argus. 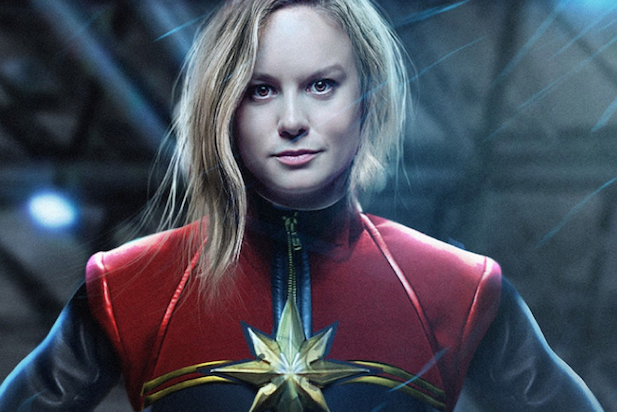 Training to become an on-screen superhero is no easy task, especially when it comes to a truly iconic character. The movie Captain Marvel is set to be released soon, and star Brie Larson, the Academy-Award winning actress, took her job portraying the superhero very seriously. With the help of some of Hollywood’s best trainers, Larson was able to get in the best shape of her life. What workout routine did Larson follow?   […] 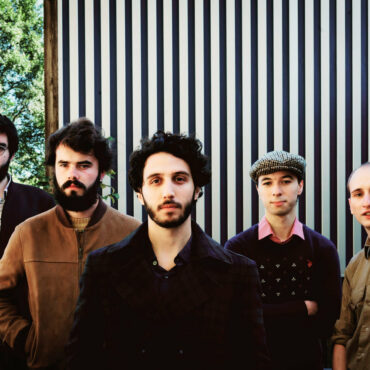