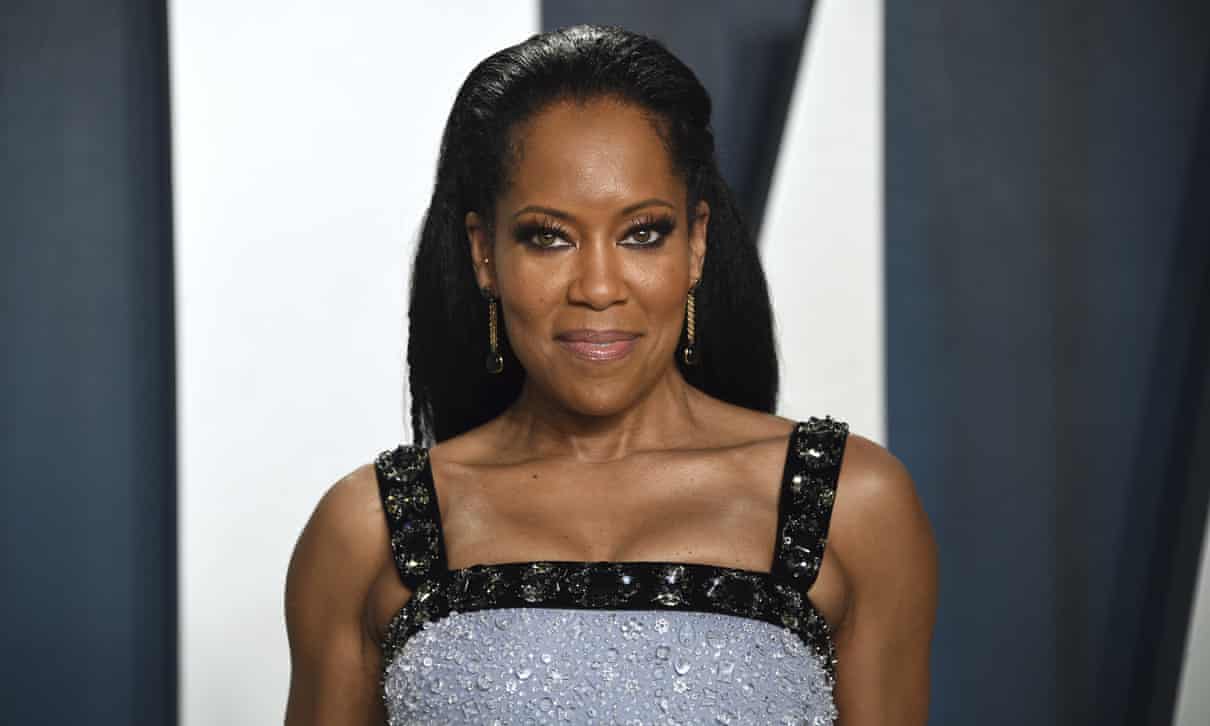 Regina King’s directorial debut stood out at this year’s Venice film festival. There’s the intriguing subject matter: it’s an adaptation of Kemp Powers’s dramatisation of a real-life meeting between Cassius Clay, Malcolm X, Jim Brown and Sam Cooke after Clay’s surprise win over Sonny Liston in February 1964. But there’s another reason: it’s the first film directed by an African-American woman to be selected in the festival’s history.

At the event on Monday, King recognised that the success or failure of her film, One Night in Miami, could have ramifications for other black female directors. “It’s interesting because how this film performs will open doors or maybe close doors for more black female directors … that’s how things seem to work,” she said over video link.

The issue of gender parity has mostly been obscured at this year’s festival by the Covid-19 crisis, which has meant a more subdued version of the event with around half the number of guests. But last year there was outcry over the fact only two films in competition were made by female film-makers, while in 2020 that number has leapt to eight out of the 18 films in contention for the Golden Lion.

King’s film is not in competition, but it stands out as one of a handful of films directed by black women to have ever been recognised at the event.

Venice has celebrated male black film-makers in the past: Spike Lee, Ousmane Sembène, John Singleton, Isaac Julien, Antoine Fuqua, John Akomfrah and Steve McQueen have all featured. Black female film-makers have been included too, but in far fewer numbers.

The Martinique director Euzhan Palcy won the Silver Lion at the Venice film festival in 1983 for Sugar Cane Alley. Last year in an interview with the Guardian, Palcy said that despite the critical praise in Venice she struggled to forge a career in Hollywood afterwards because her films were seen as “too black”. The first US film directed by an African-American woman to be released theatrically was Julie Dash’s Daughters of the Dust in 1991.

Ashley Clark, a critic and the author of Facing Blackness: Media and Minstrelsy in Spike Lee’s Bamboozled, said the inclusion of King’s film should be celebrated, cautiously. “I hope that this exposure helps to secure future opportunities for King to make films. For all the recent critical reappraisals and exposure for film-makers such as Julie Dash and Euzhan Palcy, neither has had a theatrically released feature film for the best part of three decades,” he said.

The importance of festival recognition was highlighted after a recent investigation by the New York Times found that out of 1,034 films in the Criterion Collection, which is regarded as including the “giants of 20th-century cinema”, only nine had black directors. Palcy was the only black female director included.

Dr Clive Nwonka, LSE Fellow in film studies and author of the book Black Boys: the Aesthetics of British Urban Cinema, said he hopes that King’s inclusion can act as a wake-up call to the industry. “This moment should influence the entire white film industry: the Hollywood system, the Academy, the studios, the production companies, the distributors, the agents, the festival juries,” he said.

“They are the ones who should be looking at this moment and begin to unthink their assumptions and valuing of black women film-makers.”

King previously pledged to work only on projects with a 50/50 gender split, during her successful awards campaign for supporting actress for If Beale Street Could Talk, which saw her win at the Golden Globes and the Oscars.

At Venice, King – who made the move behind the camera after directing an episode of the TV drama This Is Us – said she was grateful to be part of the festival but was anxious for the film to do well commercially. “A woman will get a shot, and if she does not succeed, that shuts things down for years to come until an opportunity comes again for another woman to get that shot,” she said.

“So I am so grateful for our film to be a part of the festival, but I really, really want it to perform well, because there’s so much talent out there and there are so many talented directors.”

In 2018, Venice signed up to the 50/50×2020 pledge, which was meant to ensure gender parity on lineups by 2020. It has fallen short of that, but its director Alberto Barbera said the event is “absolutely committed” to the movement. There is no such commitment on racial diversity.

Nwonka said black female directors and black women have been left behind within gender equality debates in the film industry. He said the inclusion of King’s film was a huge achievement because it is still so rare for a black film to be recognised at a major festival.

“For Regina King’s film to be playing at a festival such as Venice represents a significant moment that will undoubtedly inspire other film-makers who have continued to struggle to find a major platform and recognition for their work,” he added.

Melissa Silverstein, the founder of Women and Hollywood, said King’s inclusion was groundbreaking. She said: “At a festival where women directors have struggled to be programmed even after the festival committed to push for gender parity, King will rightly be the centre of attention as not only a female director, but a black female director – a group that is sorely underrepresented in this industry.”

The conversation on race …

… is just getting started. People all across the world have taken a stand against police violence and racism, and the Guardian stands in solidarity with the struggle for truth, humanity and justice. We believe that our role is to present the facts, report on events first-hand, and provide an open, inclusive platform for the voices of ethnic minorities to be heard by millions.

2020 has clearly shown us that police brutality unfairly targets black people, and we’ve witnessed the racial inequalities of Covid-19 – from the scale of the loss of life, to the catastrophic economic consequences for individuals and businesses. We’re committed to helping tell the stories that need to be told, from people who deserve to be listened to. With your support, we can intensify our ambitions.

Millions are flocking to the Guardian for quality news every day. We believe everyone deserves access to factual information, and analysis that has authority and integrity. That’s why, unlike many others, we made a choice: to keep Guardian reporting open for all, regardless of where they live or what they can afford to pay.

As an open, independent news organisation we investigate, interrogate and expose the actions of those in power, without fear. With no shareholders or billionaire owner, our journalism is free from political and commercial bias – this makes us different. We can give a voice to the oppressed and neglected, and stand in solidarity with those who are calling for a fairer future. With your help we can make a difference.

We’re determined to provide journalism that helps each of us better understand the world, and take actions that challenge, unite, and inspire change – in times of crisis and beyond. Our work would not be possible without our readers, who now support our work from 180 countries around the world.

Every reader contribution, however big or small, is so valuable for our future. 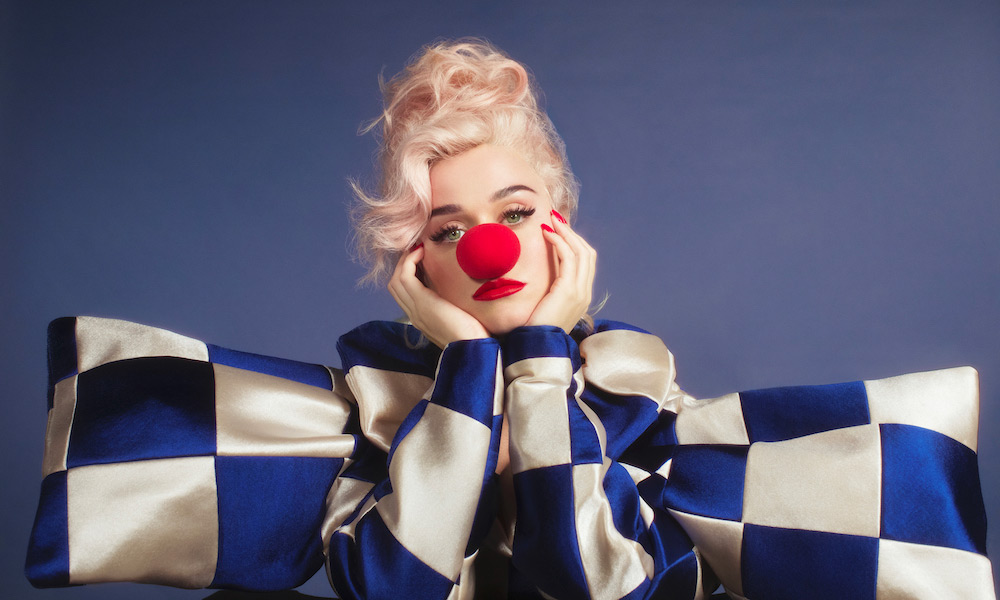 Katy Perry is giving fans a behind-the-scenes look at the playful album cover photo shoot for her new album, Smile. On Friday (Sept. 4), the 35-year-old pop star shared the music video for her new song "Teary Eyes," which features candid outtakes of the singer literally clowning around during the photo session for Smile's cover, shot by Christine Hahn. "Behind the Smile of the album cover shoot: before I even knew I was […]