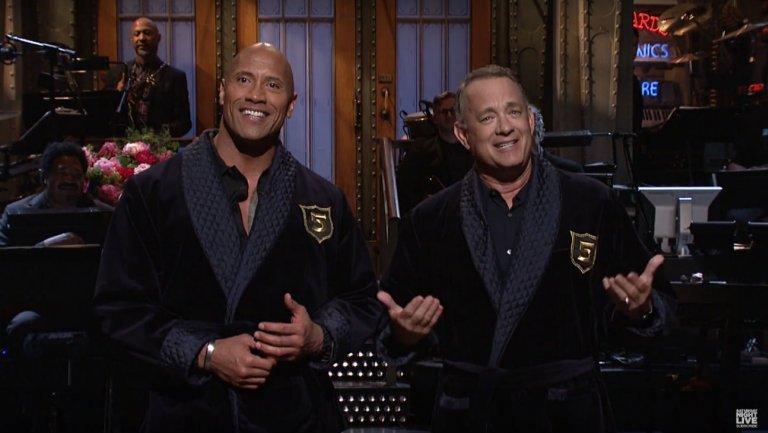 Dwayne Johnson’s possible bid for the 2020 presidential race nearly became a reality on the season 42 finale of Saturday Night Live.

Johnson, who hosted the May 20 episode, used his monologue to address all of the recent speculation and (jokingly) confirm he’ll indeed be running.

“I just want to say once and for all, I’m in. Starting tonight, I’m running for the President of the United States,” he said to loud cheers, before clarifying that he’d need a good running mate in order to pull it off. Alec Baldwin then joined Johnson onstage and attempted to coax Johnson into choosing him, until the host announced that Oscar winner Tom Hanks would be his pick.

“Dwayne, I could not possibly turn this down,” Hanks, making a surprise cameo, told Johnson. “The truth is, America really needs us. I have been in two movies where a plane crashes, and people are still excited to see me on their flight.”

Johnson, taking a dig at President Trump, explained, “In the past, I never would have considered running for president. I didn’t think I was qualified at all. But now, I’m actually worried that I’m too qualified.”

Hanks noted that together, the pair would secure all of the votes — Hanks would get support from seniors (“I fought in World War II in like 10 different movies”), while Johnson would naturally get all of the minority votes (“Everyone just assumes I’m, well, whatever they are.”)

The two then clarified that they were joking about running, and that the bid wasn’t anything serious. Johnson added, “When it comes to politics, we need more poise and less noise. Americans deserve strong capable leaders. Leaders who care about this country and care about it’s people.

“Dwayne, that kind of sounds like you and me…I guess we got to do it,” Hanks told Johnson, now realizing that they would be the perfect running mates. A banner with the words “Johnson Hanks 2020” then dropped from the roof of the stage as confetti solidified their 2020 run.

Johnson recently told GQ that he had political aspirations and saw running for office as a “real possibility.” He admitted that both Trump and Hillary Clinton had sought his endorsement during the 2016 race.

Johnson (now a member of the Five-Timers Club) hosted the May 20 season finale of SNL with musical guest Katy Perry. 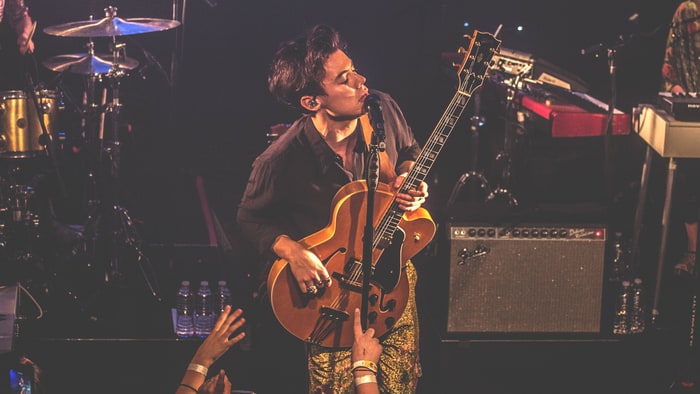 One Direction singer brings out Stevie Nicks to duet on "Two Ghosts" and Fleetwood Mac's "Landslide" at small Troubadour show, his U.S. concert debut "Tonight is maybe the best night of my life," Harry Styles confessed Friday, facing an excited crowd of fans and friends gathered to hear the songs of his just-released solo debut, Harry Styles. The intimate club performance unfolded at the Troubadour, the celebrated West Hollywood room […]