Spoilers ahead for the season-five finale of Game of Thrones.

Lena Headey couldn’t wait to be stripped bare and have the populace of King’s Landing chuck fruit, vegetables, and bodily fluids at her during the ultimate slut-shaming. Every time Vulture checked in with her, she expressed an eagerness to shoot Cersei’s downfall, a.k.a. the walk of shame. “It won’t be Cersei being seductive or sexy,” she told us. “It’s better for her regality and her feistiness to not bare her flesh until she has to. When it’s out of her control.”

Showrunners David Benioff and Dan Weiss told Headey before this season that “this was as far as they knew” of Cersei’s story line, “because this was as far as George [R.R. Martin] had written,” she said during an international press day in Belfast. “And I love it. I love what’s happening.” This moment, Headey said, provides her character an important emotional shift, because up until now, she’s been able to “present herself as an image of perfection,” even if underneath, “she’s deeply flawed.” “There’s this deep paranoia, all this shit going on,” Headey said. Her external appearance, for a moment, matches her internal conflicts. Although she holds her head up high, Cersei is at her lowest point, “stripped physically and emotionally, mentally destroyed,” explained actress Hannah Waddingham, who plays the septa accompanying the queen, intoning, “Shame!” throughout the walk. “It was the ultimate insult to strip her of her vanity. Her hair is such a mask, like a crown, isn’t it?” Waddingham said.

“If I put the wig on, that’s massive. That’s an immediate feeling,” Headey said. “It’s really important. What was slightly daunting was what was going to be taken away. It can change how you feel, but it can’t change how she is.”

Headey’s new short do was a “really heavily, heavily cropped cut-up wig,” which almost resembled a gamine pixie cut, if not for the fake blood from the not-so-carefully-used razor. “Irritatingly, Lena still looks fabulous,” Waddingham laughed. “I was like, ‘Seriously? Well, that’s going to be the haircut next year for everyone!'”

“To walk her through the streets and have every woman see her as the everywoman is just genius,” Waddingham added. “To have people coming up and trying to touch her, do things to her, to chuck urine and all sorts at her, that’s part of the cleansing. That’s getting her to base point, so she can grow again in a pure fashion, rather than in all the filth that’s around her.”

If cleanliness is next to godliness, Cersei isn’t quite there yet. Luckily for Headey, she didn’t have to endure all of the walk herself; a body double aided in some aspects. Considering the actress’s many tattoos, the makeup department was probably quite relieved. “I’m sure it’s a nightmare for them!” Waddingham said. “But our fantastic body double was just so brave. I had a lot of respect for her.”

As Cersei makes her walk, Headey said, she’s telling herself over and over, “This is going to be all right.” “That’s what she believes, more than anyone else in the world, ‘You will survive,'” the actress said. “Otherwise, you’ll just kill yourself. So she’s either going to die, or these lessons are going to help her in some way.”

Will Cersei’s walk of shame make the queen more sympathetic in some people’s eyes? Or is that Headey’s powerful performance winning us over? “Never underestimate the charisma of an actor or an actress, and how they portray the part,” George R.R. Martin reminded us when we asked him about Cersei. “Just seeing someone or hearing their voice can go a long way towards making a character more sympathetic. Sometimes it goes beyond words. And Lena is a very sympathetic actress. Great face. She can project sincerity. A different actress wouldn’t be able to sell it.”

Headey does. Her expression is tight and resigned throughout most of the walk, until just before she stumbles, crumples up, and cries. No matter what Cersei’s done before, no matter whom she’s hurt, it’s hard not to feel for someone forced to endure the complete and total humiliation of being insulted and assaulted. “It’s funny, because I don’t play to redeem her here or play to be liked, do you know what I mean?” Headey said. “And it’s funny when some people say that they love her now. Our makeup lady, Jane Walker, is always, ‘I just love Cersei! I just feel for her! And I champion her.’ And I’m like, ‘Okay …’”

At least that reaction is a change of pace from the occasional rude fan who comes up to her on the street to say, “You’re a fucking bitch.” That, Headey said, just gives her a laugh. “I take that as a compliment,” she joked. And, she’d like to point out, Cersei’s still not the worst human being in Westeros … yet. “Maybe I need to go flay some people!” 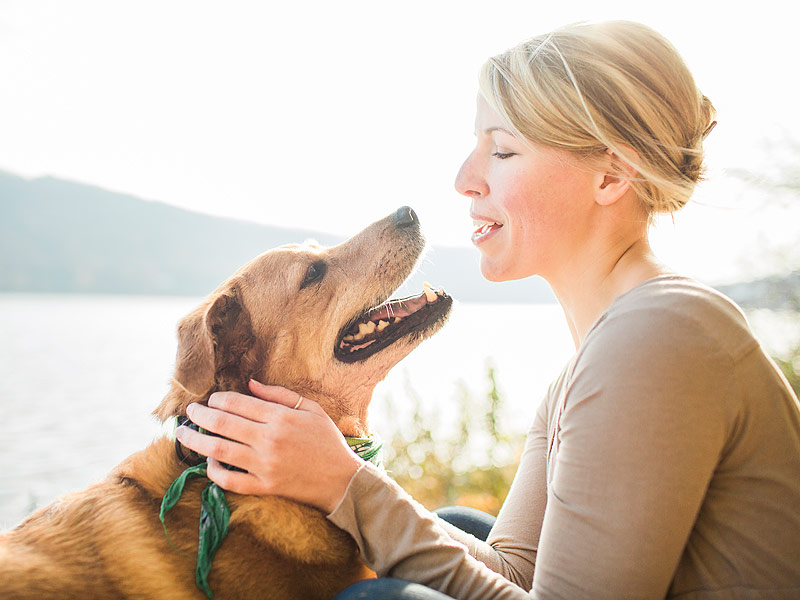 Loyal to the Bone: Dogs Snub Strangers Who Are Mean to Their Owners, Study Says

Someone being mean to you? Don't worry, they're in your dog's Burn Book. A new study shows that canines are so loyal that they will snub strangers who are mean to their owners, reports Today. Kyoto University in Japan found that dogs can tell when someone is being mean to a person they love and will react accordingly. Man's best friend will even refuse food given to them by strangers […]