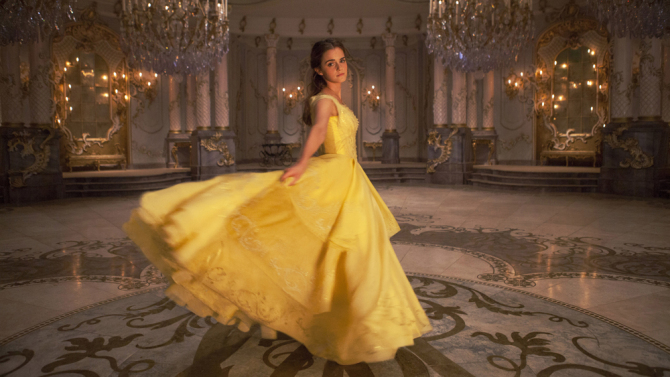 Beauty and the Beast may be the most anticipated movie of 2017.

When the first teaser trailer was released in the spring, it was viewed a record 91.8 million times in its first 24 hours—beating the likes of Star Wars: The Force Awakens (88 million views), Captain America: Civil War (61 million views) and Avengers: Age of Ultron (55 million views). The teaser trailer focused on Beast’s castle and offered only a glimpse of the beloved princess.

As was true of Alice in Wonderland (2010), Maleficent (2014), Cinderella (2015), The Jungle Book (2016) and Pete’s Dragon (2016), Walt Disney Pictures’ Beauty and the Beast was reinterpreted to appeal to modern audiences. “It wasn’t about changing anything,” producer David Hoberman insisted. “It was about adding dimension to it. We give [fans] everything that they expect and more—no more for more’s sake, more for story’s sake and character’s sake.” 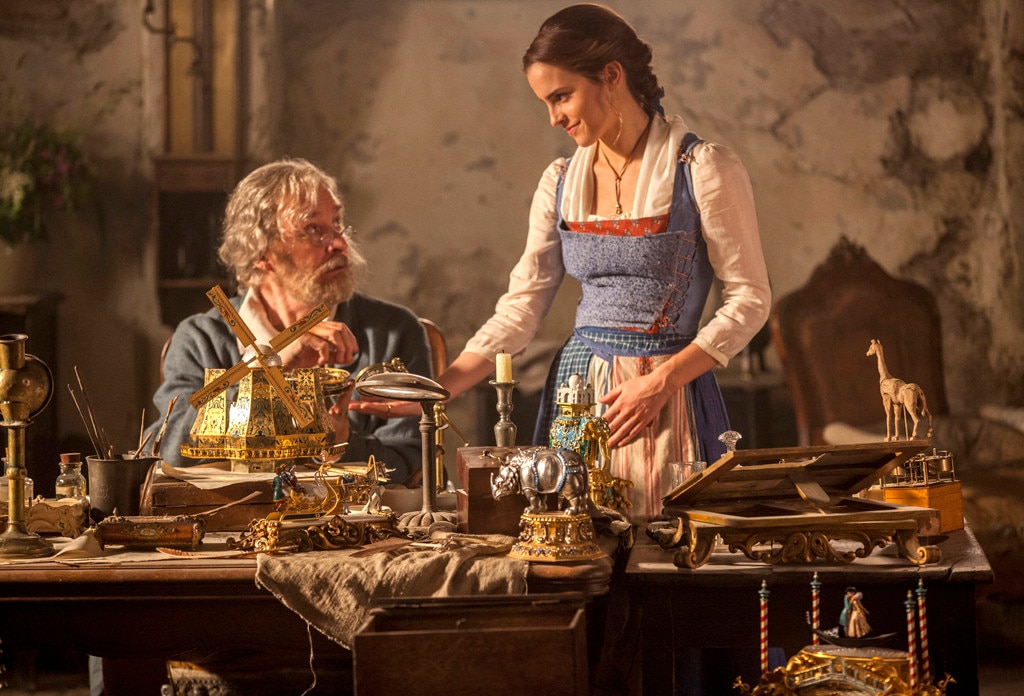 Beauty and the Beast was the third highest-grossing film of 1991 (and the first animated movie to be nominated for Best Picture at the Oscars). But times have change since then. “I definitely had issues with the script at the beginning,” recalled Watson, who is a U.N. Women Goodwill Ambassador. “We tried to tweak things to make Belle more proactive and a bit more in charge of her own destiny. In the animated movie, it’s her father who is the inventor, and we actually co-opted that for Belle. We created a backstory for her, which was that she had invented a kind of washing machine, so that instead of doing laundry, she could sit and use that time to read.” 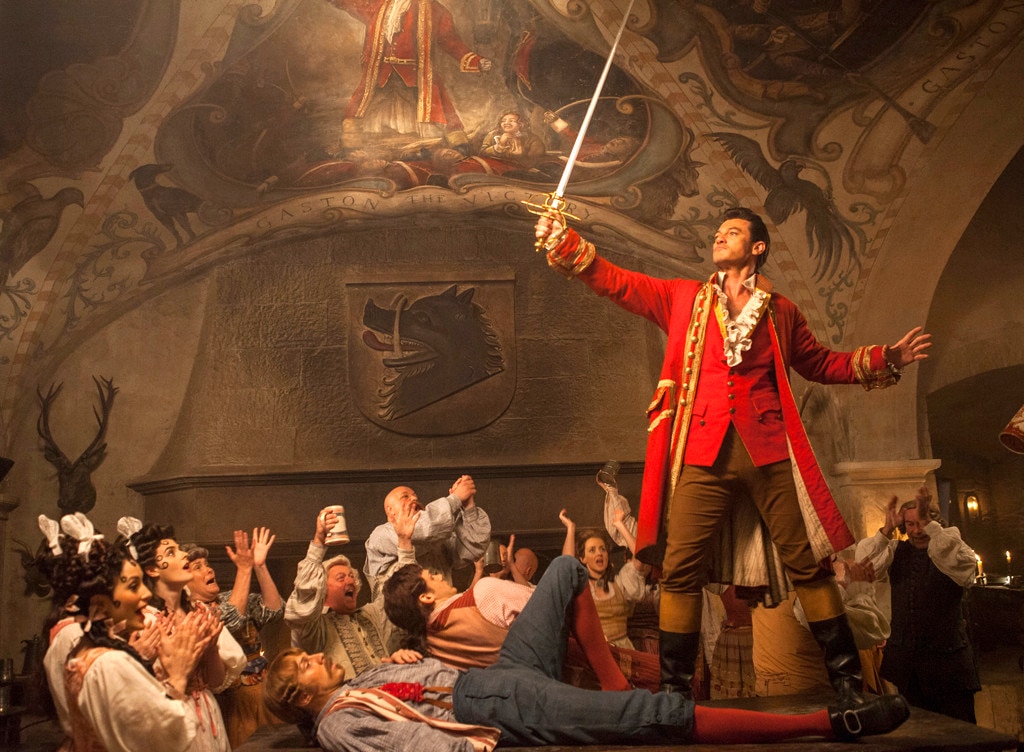 Even Belle’s look is different. “My Belle is very practical. In the [animated] movie she wears these little ballet shoes, and I knew that they had to go,” Watson told EW. “If you’re going to ride a horse and tend to your garden and fix machinery, then you need to be in proper boots.”

Similarly, Belle’s ballroom gown—a gift from Madame Garderobe—was altered at her request. “For Emma, it was important that the dress was light and that it had a lot of movement,” costume designer Jacqueline Durran said. “In Emma’s reinterpretation, Belle is an active princess. She did not want a dress that was corseted or that would impede her in any way.” 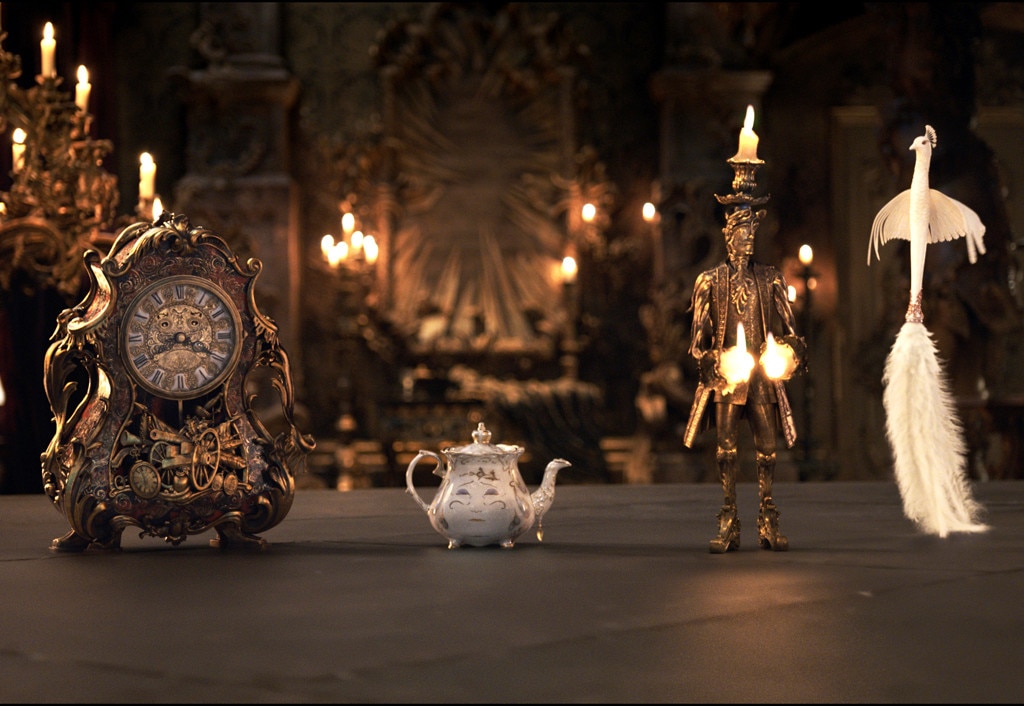 The new Beauty and the Beast will also include two new musical numbers, courtesy of Alan Menken. The trickiest to shoot, of course, was “Be Our Guest.” Bill Condon saw the animated film “many times when it first opened in ’91,” and it’s a “favorite.” So, he realized early on that “Be Our Guest” would make or break the live-action version. “It’s interesting to do our biggest musical number with nobody there, except for some cutaways to Belle,” the director said. “We just spent months and months and months. It’s the most intricate thing I’ve ever worked on.” 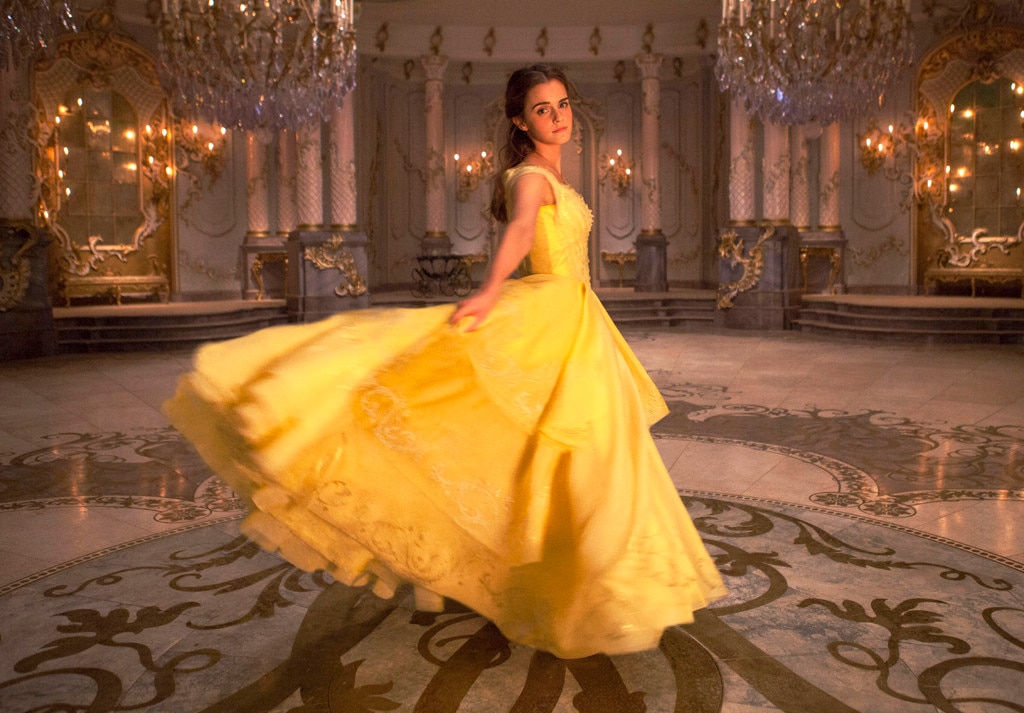 Tell that to Stevens, who essentially had to film all his scenes twice. First, he would act out his character’s physical movements on set, using stilts to enhance his height—all while wearing a bodysuit with tracking markers to create a CG rendering of the beast’s body. Then, he would sit and act out his scenes in front of a bank of cameras while wearing ultraviolet face makeup. “I had a chat with a couple of people who know this world,” he said. “When I told Mark Ruffalo [who plays Marvel’s Hulk] what we were trying to do, he was just like, ‘No, that’s impossible.'”
Of course, nothing is impossible when Disney is involved. Menken saw an early cut of the film, and the composer was “kind of overwhelmed” by the experience. “It sounded great. It looked great,” he told Entertainment Weekly. “I’m excited for the rest of the world to be seeing it.”Beauty and the Beast is in theaters March 17, 2017.

Beauty and the beast trailer 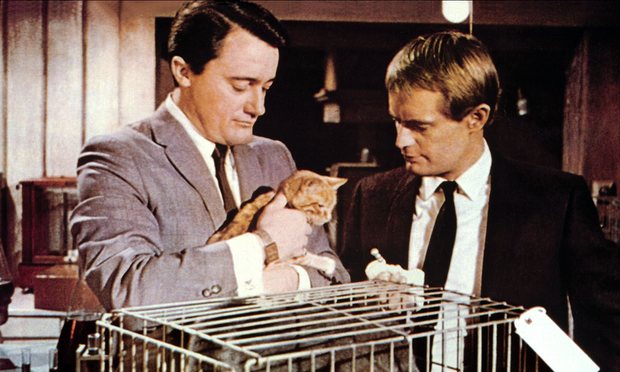 The Oscar- and Golden Globe-nominated actor well known for roles in many films including The Magnificent Seven died after a short battle with cancer Actor Robert Vaughn, star of the 1960s US TV spy series The Man from UNCLE, died on Friday at the age of 83 after a short battle with cancer. He appeared in the silver screen classic The Magnificent Seven and on the long-running British television soap […]