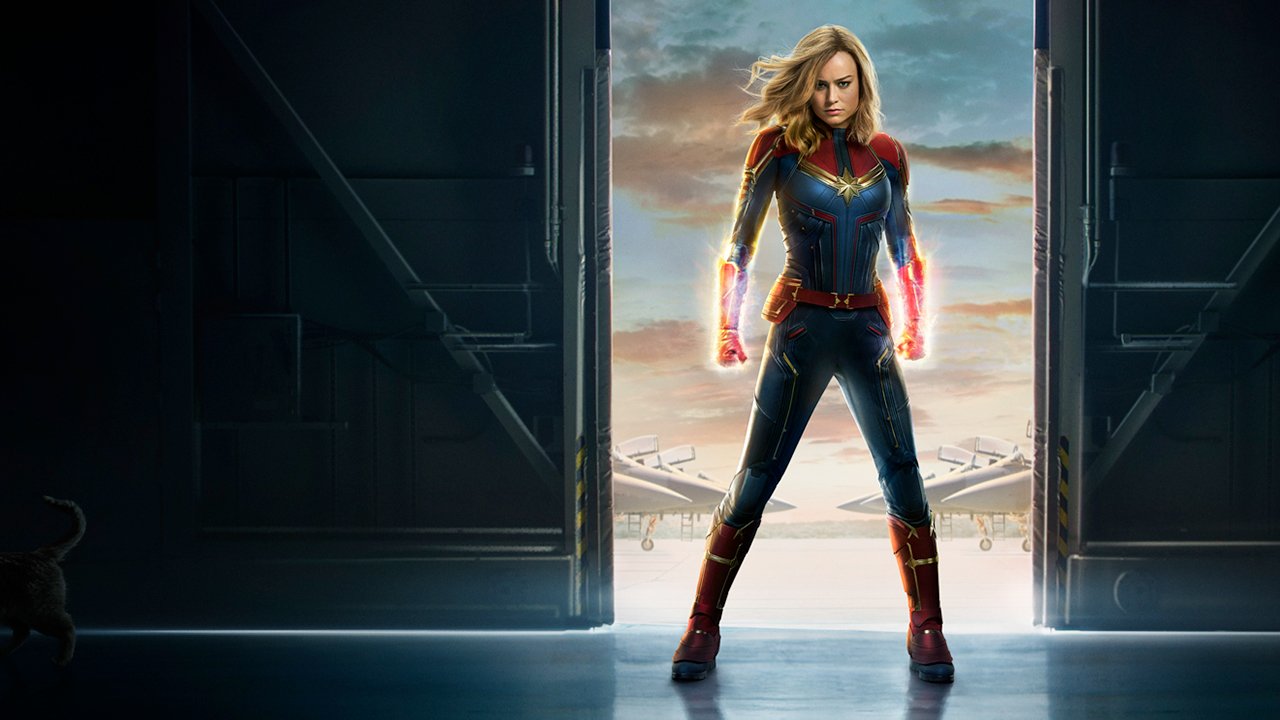 Brie Larson, who is set to star as Captain Marvel in next year’s standalone origin film, has denied reports that she has signed on to a seven-film deal for “multiple franchises” in the Marvel Cinematic Universe.

As originally reported, Brie Larson was said to earn “some $5 million for next year’s Captain Marvel movie” and was able to secure that payday by signing on long-term with Marvel.

Brie Larson took to Twitter to deny these reports by simply stating, “Counterpoint: this is not true.” 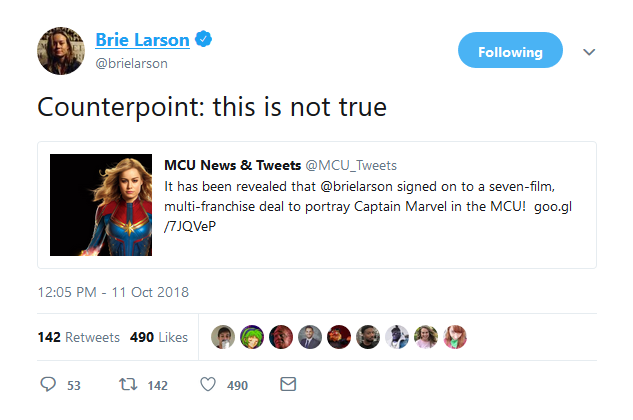 The report was part of the news that Scarlett Johansson will reportedly be earning $15 million for the standalone Black Widow film that is said to take place before the events of the original Avengers.

Larson is no stranger to Twitter as she also worked to “break the internet”with EW before the reveal of the first official photo and details of Captain Marvel, also known as Carol Danvers, were revealed.

Some of the details revealed state that Captain Marvel’s power is “unmatched in the MCU” and raises more questions on whether Danvers is actually human or an alien.

The first trailer for Captain Marvel was released in the middle of September and gave us our first look at the final MCU film before Avengers 4 and included a de-aged version of Samuel L. Jackson’s Nick Fury and Clark Gregg’s Phil Coulson.

Oh, and the film’s poster also may have revealed that her alien cat, Chewie,just may be making an appearance.

Captain Marvel will be released in theaters on March 8, 2019. 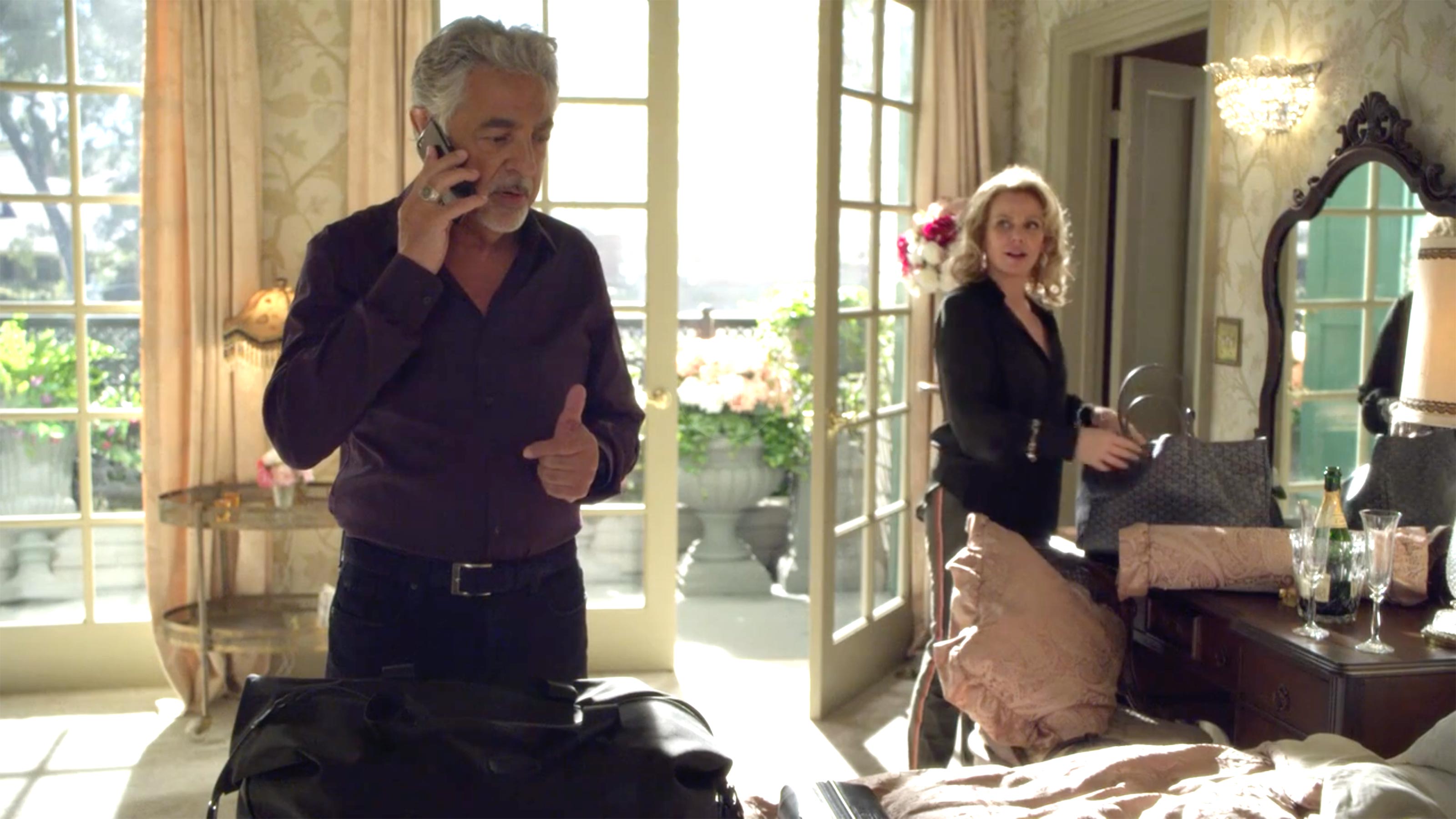 David and Krystall are still a (secret!) item. In this exclusive scene from tonight’s installment of Criminal Minds, Gail O’Grady reprises her role as Krystall Richards, the ex-wife of David Rossi (Joe Mantegna) who just can’t quit him. And it’s clear that David is in no hurry to share the news with his team. “What I don’t want is the whole team weighing in, just yet,” David tells Krystall in tonight’s […]