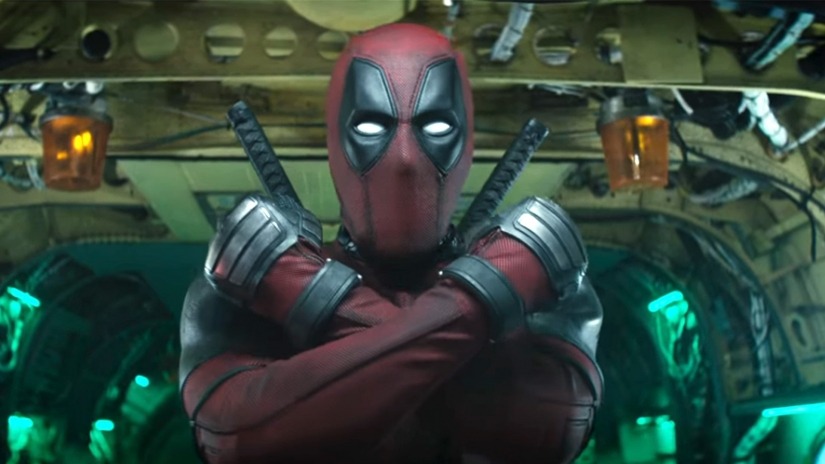 Deadpool 2 embraces the Marvel trope of the post-credits scene in the best way possible, by giving us a total of five. I’m pretty sure that ties it with Guardians of the Galaxy Vol. 2 for the most in any Marvel Studios or Fox Marvel film.

A lot happens during the credits, so let’s get right to it.

Negasonic does some tinkering

What happens: During the first after-credits scene, we see Brianna Hildebrand’s Negasonic Teenage Warhead working on Cable’s time-travel device, making it useful again (its charges were used up during the movie), while Shioli Kutsuna’s Yukio looks on. Negasonic then gives it to Deadpool. After he departs the scene, both Negasonic and Yukio say that maybe it wasn’t such a good idea to do that.

What it means: Deadpool is about to use the device to make some fixes to the timeline…

What happens: The next scene is Deadpool going back to the moment Morena Baccarin’s Vanessa was killed. In the scene, a hired killer shows up at the couple’s door. Deadpool tries to kill him by throwing a cream cheese spreader at him, but misses, and the killer ends up shooting and killing Vanessa. However, when Deadpool goes back in time, instead of missing the killer, he hits him right between the eyes, killing him before he even gets a shot off.

What this means: This decision apparently saves Vanessa’s life. As for whether this means Vanessa is now alive in the Deadpool universe, we’ll have to wait for Deadpool 3 or an X-Force movie (whichever comes first) to find out.

What happens: Earlier in the film, Peter (no, not Peter Rasputin, aka Colossus, but the non-powered normal guy member of X-Force we saw join the team earlier in the film) gets killed along with most members of X-Force. However, wade uses his timey-wimey device to stop Peter from making a fatal mistake, saving his life.

What this means: Peter lives! At least in this timeline. It can also be assumed that — offscreen at least — Deadpool possibly saved other members of X-Force. Well, hopefully The Vanisher at least.

What happens: Deadpool shows up at the end of the X-Men Origins: Wolverine movie, proving that not only can the device travel to different times, but also alternate universes as this movie is on a different timeline than the Deadpool movies. Anyway, this is the scene near the end of the movie where Wolverine is re-introduced to a Deadpool that looks very different from his comic book counterpart. Before the scene can play out as it did in Origins, however, our version of Deadpool callously and casually shoots the “original” Deadpool from the 2009 movie, apparently killing him. He then shoots him a few more times for good measure. He ends the scene saying “Just cleaning up the timeline.”

What it means: The X-men Origins: Wolverine version of Deadpool is considered a blasphemous version of the character that’s nothing like Deadpool from the comics or the Deadpool movies. He had weird Baraka-esque blade arms and couldn’t speak because his mouth was sewn shut. It was dumb, dumb-looking and an obvious misrepresentation of the character. And I’m obviously not the only one who thinks so based on his treatment in this scene.

What happens: The final after-credits scene might be the best one. Or at least the most meta. We cut to a scene of Ryan Reynolds looking at the script for Green Lantern and optimistically musing, “Finally we’re in the big league.” Before he has a chance to really bask in the glory of the script, Deadpool shows up and shoots him in the head. Deadpool then remarks, “You’re welcome, Canada,” before exiting stage right.

What it means: This is a reference to the Green Lantern movie that came out in 2011. It was Reynold’s last superhero movie before the first Deadpool. To say Green Lantern is largely considered a disappointment both financially and critically is an understatement. In a time when comic book movies had reached the heights of The Dark Knight and Iron Man, Green Lantern felt like a ’90s comic book movie throwback in the worst way possible. This final Deadpool 2 scene was the movie’s way of acknowledging Green Lantern as a bad choice at the time and moving on. It seemed to offer a bit of catharsis for Reynolds as well. And it’s hilarious.