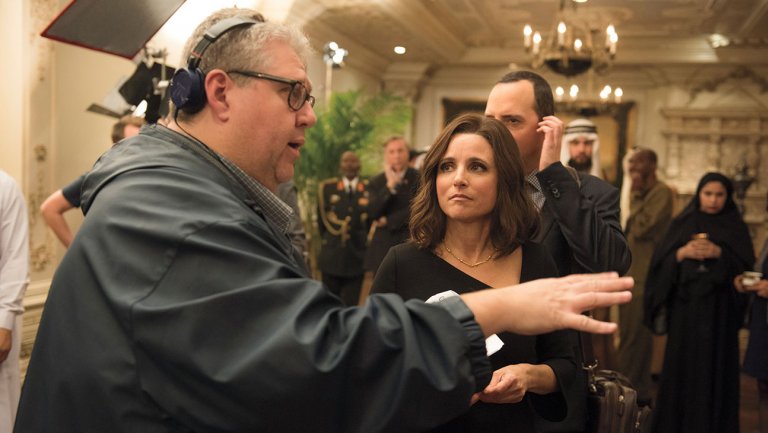 share close
email
It’s bittersweet for star Julia Louis-Dreyfus, but she and showrunner David Mandel believe the time is right and the ending makes sense.
Veep, HBO’s acclaimed comedy, Emmy powerhouse and arguably the funniest comedy on television, will end its run with a final seventh season in 2018.Julia Louis-Dreyfus just called to tell me the news, and I just told her she’s killing me. But it’s clear that she and fellow executive producer David Mandel thought long and hard about when it would be right to say goodbye — next season? One after that? — and they’ve let the story dictate a finale they could feel good about.

“It became clear that this season should be the last season,” Louis-Dreyfus says. “We don’t want to repeat ourselves or wear out our welcome. The story has a finality to it that feels end-of-series.”

It wasn’t a decision that came easily. “Let’s face it, this has been a role of a lifetime,” says Louis-Dreyfus, who knows something about good roles, having played Elaine Benes for nine seasons on Seinfeld. She has won a staggering five consecutive Emmys for outstanding lead actress for Veep and is up for a sixth this year. The show has been nominated for best series six consecutive seasons, winning the last two in a row, as it heads into this year’s ceremony on Sept. 17.

Separately, both Louis-Dreyfus and Mandel say that as they mapped out the arc of the seventh season, not repeating themselves and staying true to the often daring twists of the story were paramount. “It was just a very natural thing,” Mandel says. “We don’t want to repeat ourselves or be boring. It’s bittersweet but it’s right.”

Mandel says all the major players on the show and HBO have kept in the back of their collective minds the notion of when and how to end it. But the series has continued to surprise. Created by Armando Iannucci, Veepstarted as a show about a presidential hopeful who takes the vice president position when offered. It grew to become about her winning the presidency, losing it, wandering in a post-presidential world (last season) and then deciding whether it’s a good idea or not to run for president again (as season six wrapped). The show, Mandel notes, was never held back by its title. It was always driven by the story and a fearless sense of going forward. Mandel took over running the show in season five and has, in the last two years, amplified and expanded its greatness, something Louis-Dreyfus is quick to note: “I’m very proud of that fact. Dave hit it out of the park.”

Casey Bloys, programming president for HBO, says the channel is behind whatever Louis-Dreyfus, Mandel and the producers want to do but that, coming from the comedy development side before running all of programming, he is also feeling bittersweet: “I developed the show and I love everybody in the cast.”

For her part, Louis-Dreyfus was very thoughtful and open about the process of ending something that clearly means so much to her. And, of course, it wasn’t her first time in this position. “I struggled with it,” she says. “And then it just hit me. It’s hard to say goodbye to such a good thing. We struggled with this at Seinfeld as well.”

All previous roles led up to this, Louis-Dreyfus said — you learn something and evolve with each one — but playing Selina Meyer was (and is) the role of a lifetime. “I’m not kidding — I really feel this is my baby and I don’t want to mess it up. I would hate to end on a less-than note. That would make me nuts.”

Louis-Dreyfus notes there’s another full 10-episode season still to shoot and experience, so looking too far into the future isn’t something she’s considered much. “I’m not retiring, if that’s what you’re asking,” she says. “I love to work.” And her character has been a quintessentially great character to manifest. “My favorite go-to thing about her is I like to fall back into Selina’s narcissism. It’s delightful and it takes many forms.”

For his part, Mandel says he and writers have broken all 10 episodes for the final season. Echoing Louis-Dreyfus, he says there is a finality to Selina’s journey. “If we needed five more [episodes], everybody was open to five more.” But it never came to that. They found their landing spot. Shooting for the final season will begin Oct. 16. Says Mandel: “I’m so fucking excited for what we’ve got on the board and for fans to see what we’ve cooked up.” 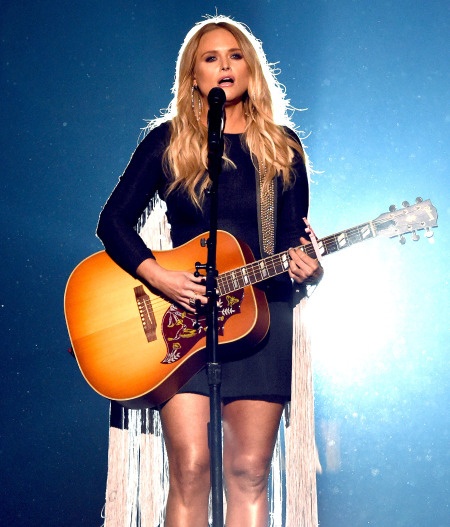 Brothers Osborne, American Idol alum Lauren Alaina and Dustin Lynch announced the nominations for the 2017 Country Music Association Awards Monday live on Good Morning America from New York’s Times Square. The reigning CMA Vocal Duo of the Year and rising stars Alaina and Lynch gave a few of country music’s biggest and brightest stars a little something extra to celebrate on the Labor Day holiday. Miranda Lambert leads the pack of CMA nominees with five nominations, including nods for Single and […]