James Franco’s new film as director, The Disaster Artist, details the making of 2003’s infamously bad — but, also, famously entertaining — movie, The Room. Franco himself plays the movie’s director-star Tommy Wiseau while his brother Dave portrays actor Greg Sestero, upon whose memoir The Disaster Artist is based. Other cast members include Seth Rogen, Paul Scheer, and Jason Mantzoukas, who recently revealed to Entertainment Weekly that Franco kept Wiseau’s distinctive accent while directing actors.

“My part is miniscule, but the movie is fantastic,” said Mantzoukas. “When Tommy and Greg Sestero start to make The Room, they go to get all the filmmaking equipment they need. And Hannibal Buress and I play the people that run the rental house. There’s this great scene where Tommy is insisting both on the fact that he wants to shoot it on digital and 35mm concurrently, and that he wants to buy all of the equipment, not rent it. So, it’s this very funny scene of confusion and miscommunication between the four of them. Franco directed the whole movie in character as Tommy Wiseau. Well, I should amend that — he wasn’t in character as Tommy Wiseau, but once he started the day doing Tommy’s voice, he would spend the rest of the day doing the voice. So, it wasn’t like he was pretending to be Tommy, but it was like James using Tommy’s speech pattern and accent. It was really special and very funny.”

The Disaster Artist debuted at this year’s South by Southwest Film Festival to a standing ovation, with many viewers singling out Franco’s performance as a career highlight.

“When I read the book, I always said I identified with Tommy in a certain way,” Franco said at the time. “Where I really respected that he came out to Hollywood like so many thousands or millions of people have done and got this movie made. I always said I had so much respect for him but maybe I thought, ‘Well, some of the behavior sounded a little insane on the set.’ But the more I sat with this movie and in post[-production] and going through my own stuff, like, I am Tommy Wiseau. I relate to him so much, in ways I don’t even want to admit.”

Watch the first teaser for The Disaster Artist above and see a poster for Franco’s film, below. 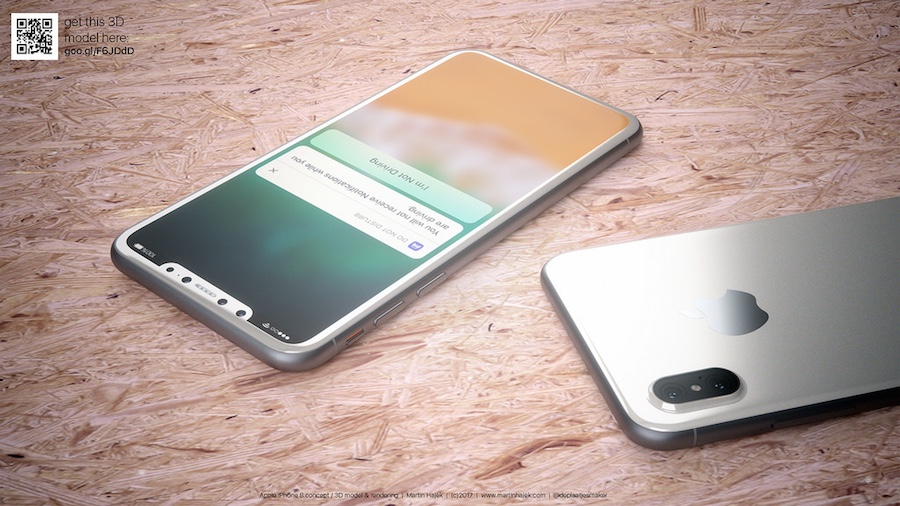 The iPhone 8 design leaks keep on coming, and a new series of renders was published online. They seemingly “confirm” the iPhone 8’s design. Mind you, only Apple could really confirm anything. That said, Forbes’ Gordon Kelly worked with case designer Nodus on renders based on CAD files obtained through the iPhone 8’s supply chain. Kelly says that the renders feature “the final design” and he “can confirm that, despite problems, fears Apple […]