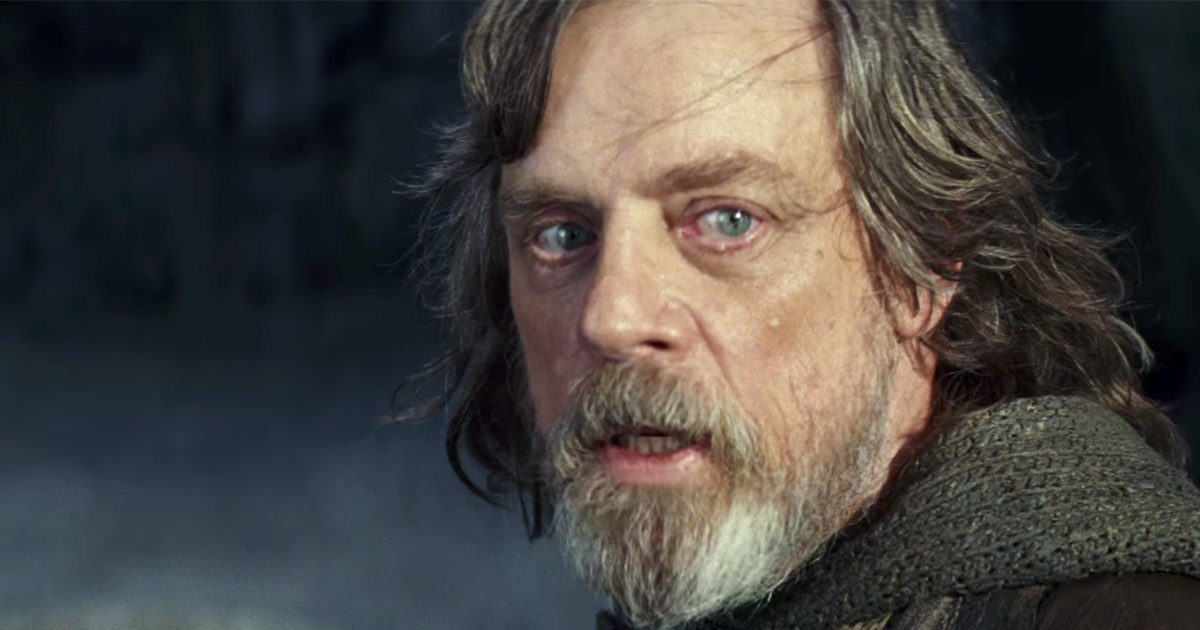 Mark Hamill has a secret second role in Star Wars: The Last Jedi.

In addition to his return as Luke Skywalker, the acclaimed voice actor plays a CG character in the film named Dobbu Scay.

But the mystery only deepens.

At a post-screening Q&A for the film, Hamill himself and writer-director Rian Johnson were joined by the editor, sound designers, producer, and costume designer for the movie.

Here’s a round-up of some spoiler-ish revelations, including Hamill’s covert performance, who Joseph Gordon-Levitt plays, what we’re hearing when the Jedi temple tree whispers, and finally … the Carrie Fisher in the movie who wasn’t.

“I don’t know what you’re talking about,” Hamill said when asked about the other character he’s credited with in the closing crawl. “I’m not telling. I like playing the mystery of it all.”

The truth is, he just wants to wait a while and see if anyone can pick him out.

But we do have some clues.

As a voice performer for countless animated shows, most famously as the Joker in DC’s Batman series, Hamill asked Johnson to give him someone to play in the movie’s Canto Bight casino scene.

“I said I’d love to do a CGI thing, and he said sure,” Hamill said. “And I got to go to the set of the casino and see in detail 150 extras in jaw-dropping costumes.”

So look — or rather, listen — for Hamill amid the wealthy denizens of that corrupt world.

The name Dobbu Scay definitely has a Star Wars ring to it, but its origin was sitting right onstage with us. It’s an anagram for editor Bob Duscay.

“Could be,” Duscay said with a grin.

Credit for the name goes to a member of the Lucasfilm story group, Johnson said: “That was Pablo Hidalgo having some fun.”

That was news to Hamill. “I thought he just shook up some Scrabble tiles and threw them on a table,” the actor said, throwing some shade at Christopher Lee’s character from the prequels. “Let’s come up with a name goofier than Dooku!”

While on the Jedi-sacred island of Ahch-To, Daisy Ridley’s Rey is drawn to an ancient tree and the library within by a chorus of whispers.

What were they saying?

It’s ultimately indecipherable by design, but sound editors Matt Wood and Ren Klyce (how funny is it to have an actual Ren working on this movie?) said the sound does have genuine Jedi provenance.

“We thought, why don’t we use something there that’s a call, but also a chant,” Wood said. “So we worked with the story group, Leland Chee and Pablo Hidalgo, to come up with something from Star Wars Legends stories that had a Force connection.”

The sound editors had a group of 20 actors in a vocal “loop group” to create crowd noises and other effects — and one of the participants lending his own voice was Oscar-winning composer Michael Giacchino (Rogue One, The Incredibles.) “He directed us doing this chant,” Klyce said.

“Then Ren took it and designed it in a way that would pull Rey to the tree,” Wood said. “It’s all obfuscated now, and there’s reverse reverb that changed it up, but what they’re saying is a Force sort of mantra.”

JGL has starred in Johnson’s films Looper and Brick, and made cameos in his other movies. So, as a kind of good luck charm, he got a voice role in The Last Jedi as well.

He’s credited as Slowen-Lo, and some fans have correctly guessed that he turns up in the casino city of Canto Bight. But many are guessing he’s the wrong character.

He’s not the little growling alien who drunkenly stuffs coins into BB-8 after mistaking the droid for a slot machine. (Could that instead be Dobbu Scay? That’s where I’m putting my money.)

You could tell from Gordon-Levitt’s attire at the Force Awakens premiere that he likes Star Wars a little bit. In The Last Jedi, he is actually the tall alien with the unusual Texas twang who alerts the Canto Bight police to Finn and Rose’s illegally parked Resistance shuttle.

“I told those two, I said, ‘This is a public beach. You can’t park that shuttle here!’ They just ran off towards the casino,’” Slowen-Lo says in Gordon-Levitt’s best imitation of Foghorn Leghorn.

Later, he turns up just as they locate their codebreaker to foil their plans. “Ayup, those are the shuttle parkers,” Slowen-Lo drawls as the police capture our heroes over a parking violation.

Slowen-Lo gets his name from the Beastie Boys’ 1986 song “Slow and Low,” and he appears to be the same kind of catfish-looking alien creature as Resistance pilot Ello Asty, whose name comes from the group’s 1998 album Hello Nasty.

The galaxy’s Abednedo race of aliens must really love fighting for their right to party.

After Leia rescues herself by activating latent Force powers, she is gravely wounded and spends part of the movie in a coma while Finn (John Boyega), Rose (Kelly Marie Tran), and Poe Dameron (Oscar Isaac) stand around her recovery room plotting ways to save the fleet.

To spare the actress hours sitting silently in a plastic pod, the filmmakers created a hyper-realistic Carrie creature effect.

“Obviously when we were shooting her up close it was Carrie,” Johnson said. “But in case you ever glimpsed her in the background, Neal Scanlan and his creature shop did a mask and a dummy version of her to be underneath the dome. But they did such a good job, it was absolutely eerie.”

“The model of her when she was in the coma was so realistic,” Hamill said, adding with a laugh: “But I realized it must be a model because she was lying still and not talking!”

While they may not be all that fond of Carpool Karaoke, Dave Grohl and Foo Fighters always seem down to perform on Saturday Night Live. The band appeared on the late night sketch comedy show for the eighth time during the Kevin Hart-hosted episode, performing a Christmas medley that featured their classic hit song "Everlong" alongside holiday classics like "Baby Please Come Home" and "Linus and Lucy" from A Charlie Brown Christmas. Check it out! […]