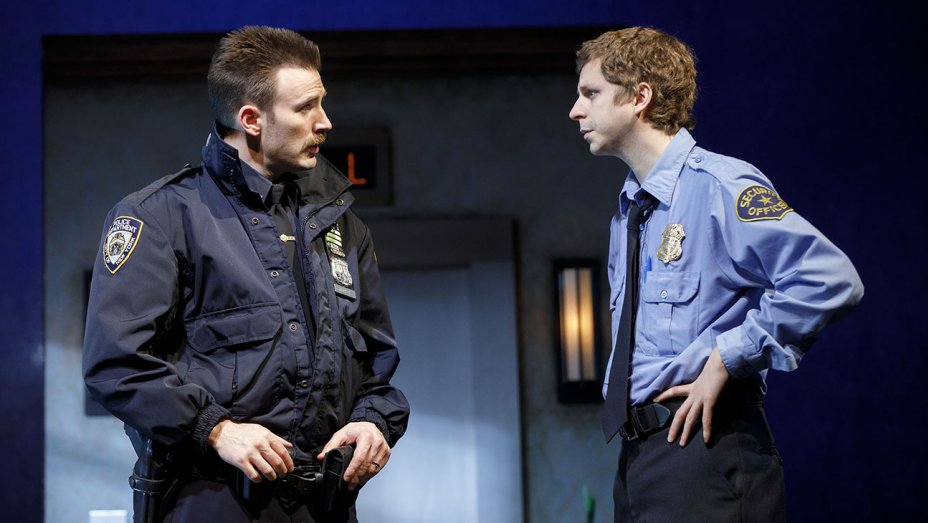 Let’s get the obvious question out of the way up front: Does Chris Evans cut it in his leap from the superhero universe to the naturalistic comedy-drama of Kenneth Lonergan’s Lobby Hero? Absolutely. Evans fully inhabits his character of a vain but well-liked New York City career cop on track to make detective, who is quite comfortable rationalizing to himself abuses of power large and small in a profession where gender inequality and toxic masculinity come with the badge. The actor best known as Captain America brings plenty of cocky swagger, his thumbs hooked into his utility belt like an Old West cowboy with a bushy mustache to match, but his assured performance never aims to be a star turn. Rather, it’s an integral part of an evenly balanced, four-person ensemble piece.

Nor is Lonergan’s play, first produced in 2001, strictly a hot-button work ahead of the curve in exploring imbalances of power that have become such a pressing part of the national conversation in the era of #MeToo, Time’s Up and Black Lives Matter. As we’ve come to expect from this thoughtful, compassionate writer — an Oscar winner last year for his screenplay for the symphonic domestic drama Manchester by the Sea — Lobby Hero is a textured consideration of more or less honest characters dealing with sticky moral questions, its dramatic pulse and its needling humor underscored by a rich vein of melancholy.

The second of Lonergan’s plays to come to Broadway following This Is Our Youth in 2014, this is in many ways a minor-key work for theatrical primetime, even if it’s been given a very fine production — with strong casting, sensitive direction from Trip Cullman and dynamic physical design by David Rockwell, who breathes movement and dimension into the single setting. But the intimate scale of the play also makes it an ideal choice to launch the inaugural Broadway season of Second Stage Theater, a leading off-Broadway company founded in 1979, now following other New York nonprofits into the big leagues. Second Stage’s mandate is to make its newly renovated Hayes Theater a permanent space on Broadway for the generally under-represented work of living American dramatists, including both revivals and new plays, some of them commissions. Lobby Hero marks an auspicious start to that mission.

The pivotal character, onstage the entire time, is Jeff (Michael Cera), a night-shift security guard in a Manhattan apartment building in 1999. He’s what a less subtle writer might ungenerously categorize as a “loser.” In Lonergan’s hands, however, he’s a slacker with lazy aspirations, not immune to feelings of envy toward the easy confidence and entitlement of Evans’ Bill, even if he’s intelligent and decent enough to bristle at those very qualities that seemingly enable the cop to get whatever he wants. 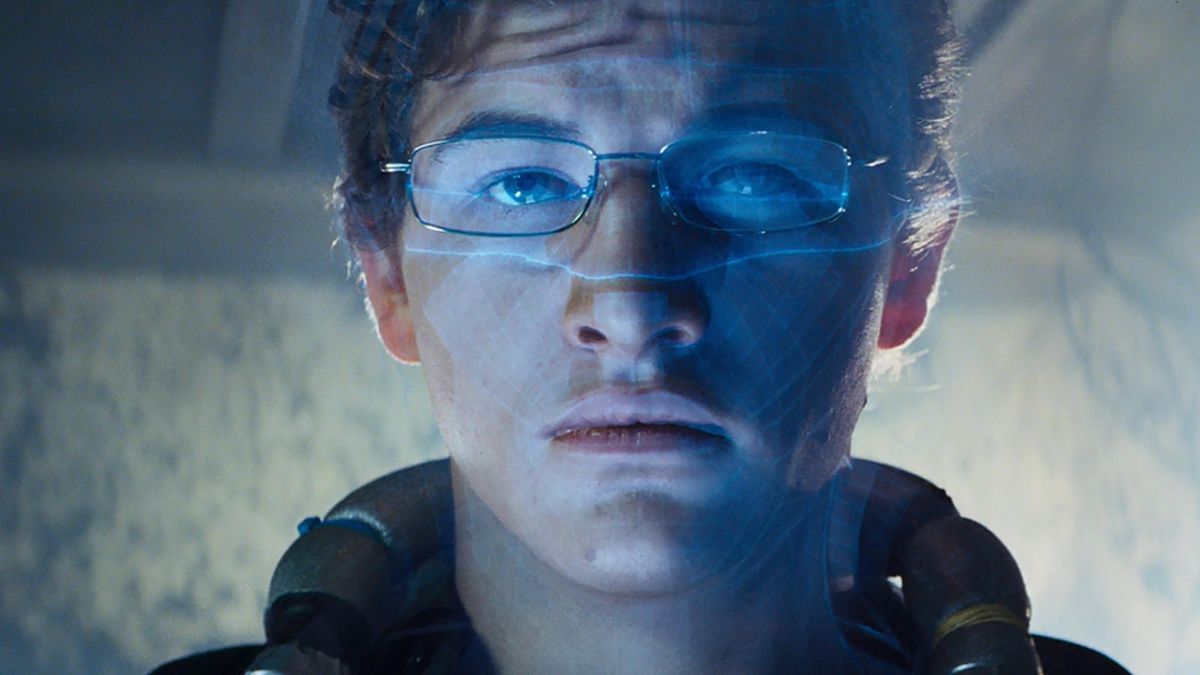 It used to be a surefire recipe for success for a Hollywood studio: a visually spectacular popcorn movie based on a popular novel and directed by none other than Steven Spielberg. Warner Bros.’ new science fiction epic “Ready Player One,” hitting U.S. theaters Wednesday night, is the latest test of whether the formula still works commercially. “Ready Player One,” a dystopian science fiction adventure steeped in futuristic technology and 1980s nostalgia, is […]