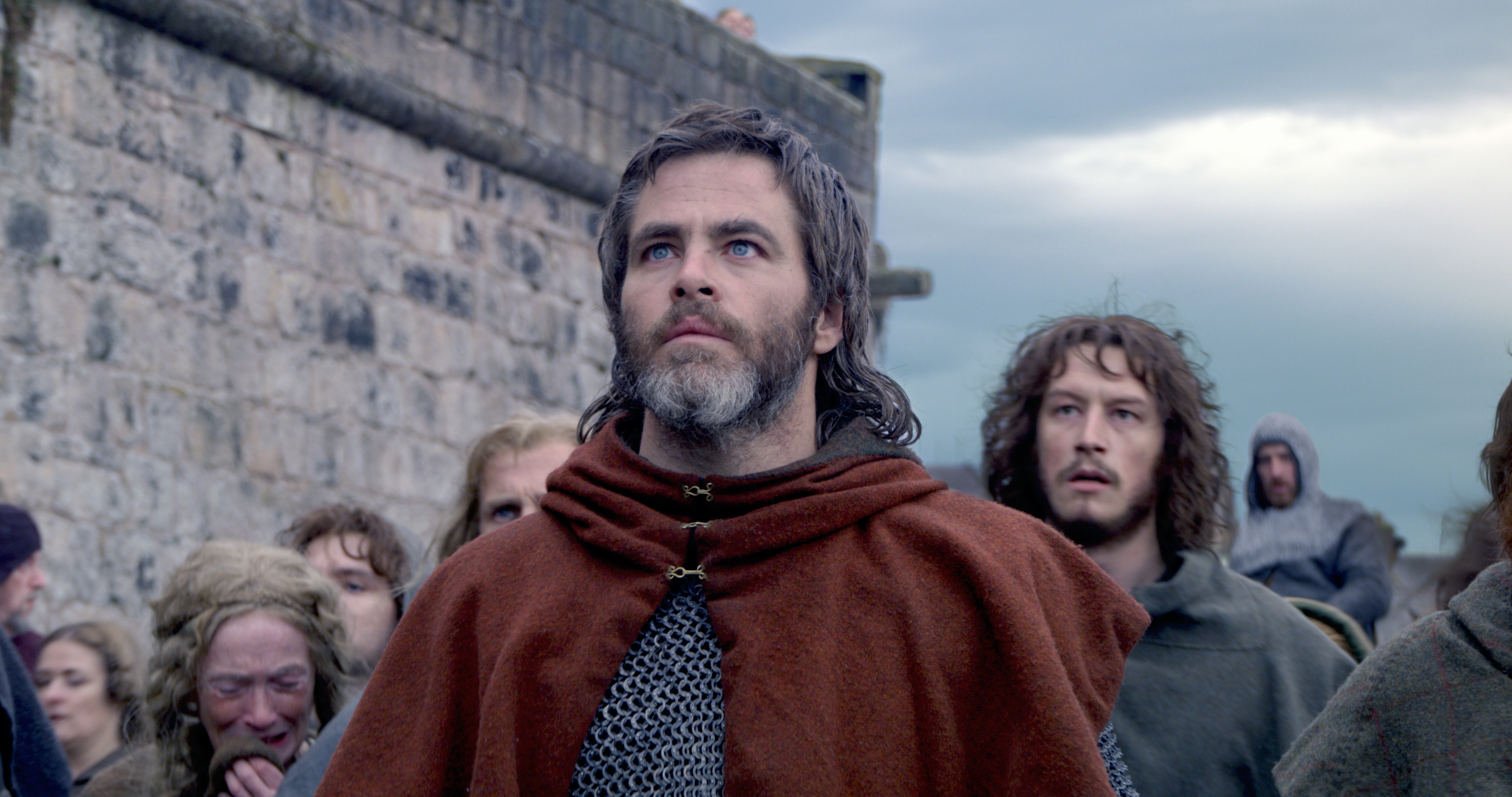 Chris Pine stars as Robert the Bruce in this Braveheart-adjacent epic.

We have to wait until next year for Game of Thrones’ final season. It stinks. I often find myself bellowing “what is going to happen to Jon Snow and the Khaleesi?” as I shamble through my miserable existence bereft of chivalry and high fantasy.

(I have a theory: in order to give us the ending we want, and the peace and stability the Seven Kingdoms need, Samwell Tarley must slay Brandon Stark before he, as the Three-Eyed Raven, divulges the big fat honkin’ secret that only the two of them know, which will be a major problem for Sam, as he surely does not want to kill his best pal’s brother, or anybody really, because he’s the kindest dude in Westeros. It’s gonna be rough!)

Why the hell am I babbling about Game of Thrones? Because I just watched Outlaw King on Netflix and all it did was remind me of how much Game of Thrones rules. Knowingly or not, the brutal tale of banner men and battles is cut from the same chain mail. The first scene involves a Steward of the North bending the knee to a King from the South, but not exactly trusting him. Where have I seen this before?

I know I have this backwards, and that George R.R. Martin’s epic fantasy plunders from much of world history. The relationship between King’s Landing in the South and Winterfell in the North is a pretty straightforward allegory of England and Scotland. (Where Hadrian’s Wall falls in Westeros gets a little fuzzy, but it all still fits.) What’s more, this is a two-hour movie where handsome men rut around in the mud pledging allegiance to one another before bashing another guy’s head open like a Crenshaw melon. The Battle of Loudoun Hill as envisioned here, doesn’t quite take your breath away like Thrones’ Battle of the Bastards, but it comes close.

Loudoun Hill is where the Scots first give the English a royal shellacking, leading to the eventual four centuries of Scottish independence prior to the Acts of Union in 1707. But you knew that because you saw Braveheart, right? Outlaw King is fascinating because it isn’t a sequel to ’90s Best Picture winner or even a proper side-quel, however you define that ridiculous term. Still, Outlaw King exists entirely within the time between when Mel Gibson shouts “Freeeeeeedom!” and the few minutes before Braveheart’s final fade to black.

You even see Mel Gibson’s sawed-off leg (well, not Mel Gibson’s, but William Wallace’s) hung in a port city to let the Scots know their rebel leader has been killed. This has the opposite of a pacifying effect. Among the angry mob is Robert the Bruce (Chris Pine, dreamy) one of the nobles of the North who just laid down his arms for King Edward I. But this aggression will not stand, man.

Pine is gorgeous to look at and certainly qualifies as a bonafide movie star. In this film, however, he’s not much of an actor. His range is limited; when he’s not brooding, he’s mugging. Luckily for us, he doesn’t try too thick of a Scottish accent. He’s certainly a good guy because he goes on and on about freedom — and, really, who likes paying taxes?!? — and when he is given a new bride, Elizabeth (played by Florence Pugh), to shore-up Scottish-English ties, he does not compel her to engage in any wedding night rituals. (This doesn’t last though. I mean, he’s Chris Pine! She seems pretty okay with the deal!)

In order to win the day, Pine must do a few things. First, he has to wear a gold crown that, sorry, makes him a dead ringer for The Burger King. No disrespect to any 14th century Scotsmen that may be reading, but your guy looked like he was about to offer up some chicken fries.

Next, Robert must slay a rival (in a church!). Then he must romp around on horseback finding men who will fight with him. This takes quite some time, but the photography — lots of it shot with drones — is so gorgeous you may click away to book a trip to Scotland.

Meanwhile, Edward II, Edward’s rotten, sniveling son played with scenery-chewing gusto by Billy Howle, has been tasked with putting this rebellion down. He barges into castles shouting “Where’s the Bruce?!?” This is where Netflix is great because you can shout back “Where’s the Beef?!?” and no one will shush you.

But it’s more like Robert the Bruise. There are so many battles in Outlaw King, and so much blood. Axes are hurled and arteries sliced. I can’t say that I really cared about any of the characters, but director David Mackenzie (Hell or High Water) delivers energetic filmmaking. The Bruce’s army all look the same except for Aaron Taylor-Johnson, whose sole character note is to twitch a lot. There’s an unintended moment of hilarity when, after a battle, an enormous spear — we’re talking Olympic-pole-vault-sized — pierces the chest of some screaming muddy dude. The camera cuts close on Chris Pine and our handsome hero shouts “Alex!!!!!!!” Naturally, the only response is “who the heck is Alex?”

Nevertheless, Outlaw King is a solid watch-at-home “epic” experience. The movie helped me confirm for myself that, when it comes to medieval times, I’ll take the banquets over the battles. But helmets off to Mackenzie (who has made some solid movies in the past, like Perfect Sense and Starred Up) who went to town on the costumes and props; Outlaw King is the runaway winner for the Best Tapestries Oscar. 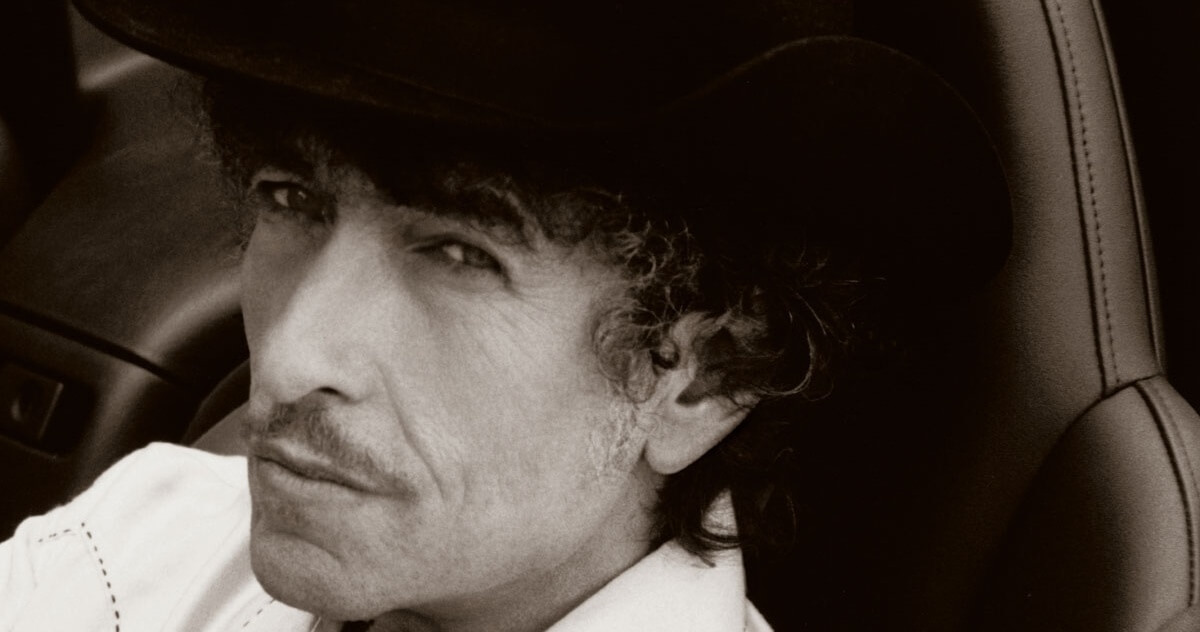