October box office climbs to a new record thanks to Halloween, Venom, and A Star is Born

Box office revenue is way up this month compared to years past, and it’s all because of alien symbiotes, Lady Gaga, and the return of Michael Myers.

With Halloween taking in an additional $32 million this weekend, October 2018 is now the highest-grossing October ever, with the total revenue across all film releases being $786 million, per The Hollywood Reporter. With still a few days left in the month, this outpaces October 2014, which previously held the record with a total gross of $758 million. This year’s performance was a massive improvement on last October, when the total box office revenue was just $557 million; many of the highest-grossing films of that month actually came out in September.

This October’s biggest release was Venom, Sony’s Spider-Man universe film that hit multiplexes during what is typically a superhero film lull. It took in another $10.8 million this weekend, putting it well on its way to a domestic total of over $200 million. A Star Is Born also continues to belt its way to victory, landing at #2 for the fourth weekend in a row. Though the Bradley Cooper and Lady Gaga musical drama only debuted with $42 million at the start of the month, its legs have been quite impressive, and with the total gross now approaching $150 million, it’s not far behind Venom.

Halloween also helped October 2018 shatter records, with the slasher sequel reaching a to-date gross of $126 million. It’s now the second-highest grossing film of the franchise behind only John Carpenter’s original, which took in $183 million domestically adjusted for inflation, according to The New York Times. 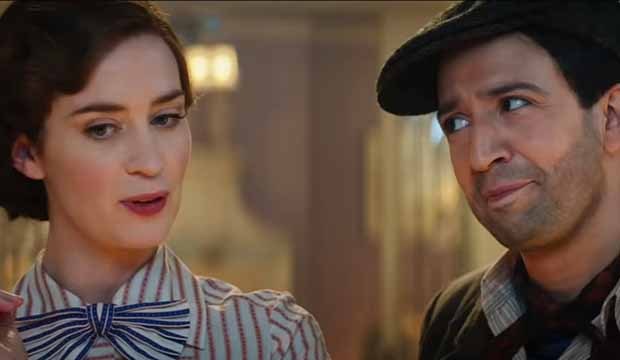 Lin-Manuel Miranda is just an Oscar away from EGOT, and we now know his category placement at upcoming awards for “Mary Poppins Returns.” Disney Studios has announced on its FYC campaign website that he will compete in the leading race as Best Actor. That decision will apply for Academy Awards 2019, Golden Globes, SAG Awards, BAFTA, Critics’ Choice and more (although Academy Awards voters can place contenders wherever they wish). The Rob Marshall film opening […]