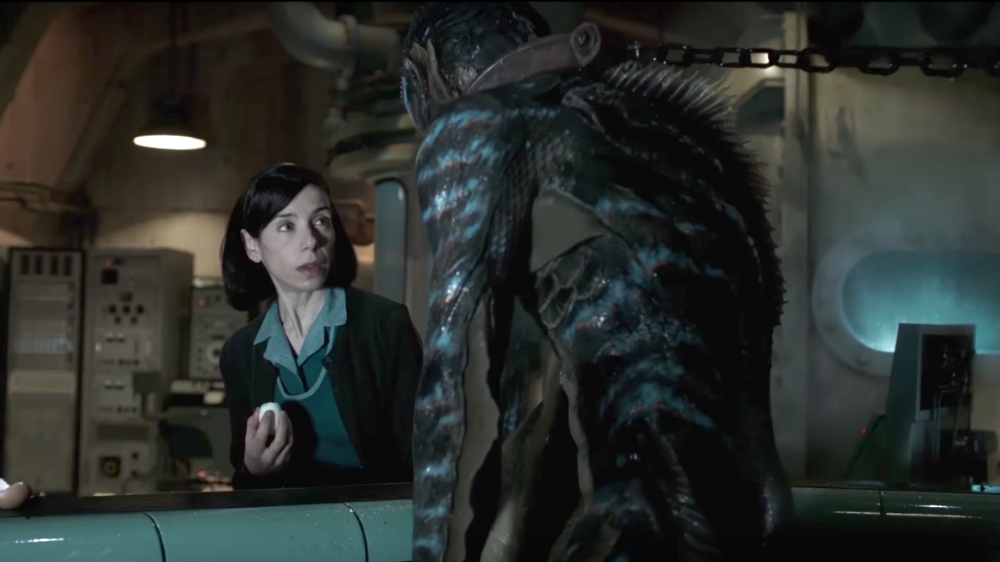 “The Shape of Water,” Guillermo del Toro’s romantic ode to the horror films of his youth, dominated the 90th Academy Awards nominations on Tuesday, picking up a leading 13 nominations.

It was followed by “Three Billboards Outside Ebbing, Missouri” with nine nominations, and “Dunkirk” with seven nominations. All three films earned best picture nods. The rest of the category was rounded out by “Call Me By Your Name,” “Darkest Hour,” “Get Out,” “Phantom Thread,” and “The Post.”

“This has been a remarkable year for the movies,” Academy of Motion Picture Arts & Sciences President John Bailey said before nominations were announced.

Indeed it was, but as much for what happened behind-the-scenes as for the on-screen work on display. That’s because this year’s Oscars are unfolding at a time of tumult for the movie business. In October, dozens of women stepped forward to accuse mogul and producer Harvey Weinstein of sexual harassment and assault. Weinstein was a mainstay of awards season, credited with creating the modern Oscar campaign (a seemingly endless parade of celebrity grip-and-grins paired with a whisper network aimed at crippling the perceived frontrunners). Since the allegations broke, Weinstein has been fired from his company and drummed out of the industry. But the issue has only widened. Scores of big names — a group ranging from Oscar winners Kevin Spacey and Dustin Hoffman to A-list director and film financier Brett Ratner — have all been accused of sexual misconduct or assault, often at the cost of their careers.

Spacey’s fall ended up working to the advantage of one nominee. Christopher Plummer was nominated for best supporting actor after he became a last-minute replacement for Spacey in “All the Money in the World,” filming his part as oil baron J. Paul Getty in a matter of weeks after principal photography had been completed. At 88, he is the oldest Oscar nominee in history.

Other performers were bruised by the scandal. James Franco had been viewed as a lead actor contender for his work in “The Disaster Artist.” But allegations of misconduct involving students at his acting school broke just before the end of Oscar voting, and last-minute ballots could have been affected. When best actor nominations were announced, Franco’s name wasn’t among them.

It was a morning of barrier-breaking in some important categories. Rachel Morrison, for instance, became the first woman nominated for a cinematography Oscar for her work in “Mudbound.” Greta Gerwig  is only the fifth woman nominated in the best director category for bringing “Lady Bird,” a tender coming-of-age story, to the screen, while “Get Out”s’ Jordan Peele became the fifth black man nominated in the best director category. And Meryl Streep extended her record streak of nominations, picking up a 21st nod for her performance as a newspaper publisher in “The Post.”

It was also a day of notable snubs and surprises. Steven Spielberg failed to pick up a directing nomination for his work on “The Post,” while Tom Hanks was ignored for his performance as crusading editor Ben Bradlee in the film. Hong Chau, a mainstay of the early awards races, was passed over for her work as a Vietnamese refugee in “Downsizing.” Luca Guadagnino, the Italian auteur behind “Call Me By Your Name,” failed to pick up a directing nod despite earning rave reviews for helping the sun-dappled Italian romance. And even as “Three Billboards” demonstrated its awards heft, Martin McDonagh’s directing wasn’t among the film’s nine nominations. The film is seen as a best picture front-runner after it picked up a Producers Guild of America honor last weekend. McDonagh was recognized for producing the movie and for writing its screenplay.

Christopher Nolan, whose work in blockbusters such as “The Dark Knight” and “Inception” has earned him unparalleled box office clout, finally snagged his first best director nomination for “Dunkirk.” The other nominated directors include Peele, Gerwig, del Toro, and, in something of an upset, “Phantom Thread’s” Paul Thomas Anderson.

With Franco out of the mix and Hanks overlooked, the leading actor category comes down to Gary Oldman (“Darkest Hour”), Daniel Day-Lewis (“Phantom Thread”), Timothée Chalamet (“Call Me By Your Name”), Daniel Kaluuya (“Get Out”), and Denzel Washington (“Roman J. Israel, Esq.”). Oldman is viewed as the actor to beat for his chameleonic turn as Winston Churchill. It will also mark something of a send-off for Day Lewis, a three-time winner and six-time nominee. The mercurial actor announced his retirement last summer after completing his work as an obsessive dressmaker in “Phantom Thread.”

In addition to Streep, the best actress category is comprised of Sally Hawkins (“The Shape of Water”), Frances McDormand (“Three Billboards outside Ebbing, Missouri”), Margot Robbie (“I, Tonya”), and Saoirse Ronan (“Lady Bird”). McDormand has vacuumed up many of the early awards for her work as an ornery mother out to revenger her daughter’s rape and murder, earning Golden Globe and Screen Actors Guild statues for her work. The prickly star, a winner for 1996’s “Fargo,” has indicated that she could do without the recognition.

“I come out of the woods every few years,” she said while accepting her Screen Actors Guild Award last weekend. “There’s a lot of young ones coming out, too, and they need doorstops, too.”

The movie business isn’t just being roiled by a harassment crisis — simply put: fewer people are going to theaters. Domestic attendance in 2017 fell to its lowest levels in decades and the industry is still grappling with how to compete with streaming services such as Netflix and Amazon that offer a seemingly endless buffet of cheap content. Often overlooked by the Academy, Netflix had a very good morning on Tuesday, earning seven nominations, including several key nods for “Mudbound” and the Russian doping documentary “Icarus.” At the same time, Amazon was nearly shut out, picking up a single nomination for Kumail Nanjiani and Emily V. Gordon’s “The Big Sick” screenplay.

In recent years, Oscar voters tastes have diverged from the preferences of the wider public. Last year’s best picture winner, “Moonlight,” was a low-budget indie, for instance, and this year’s crop of best picture nominees were primarily art house productions. Only “Dunkirk” and “Get Out” earned north of $100 million, for instance, while the likes of “The Shape of Water,” “Three Billboards,” and “Lady Bird” all hail from indie players or the specialty divisions of major studios.

The Oscars will be handed out on March 4, 2018 on ABC. Late night host Jimmy Kimmel will return for his second stint as emceed. 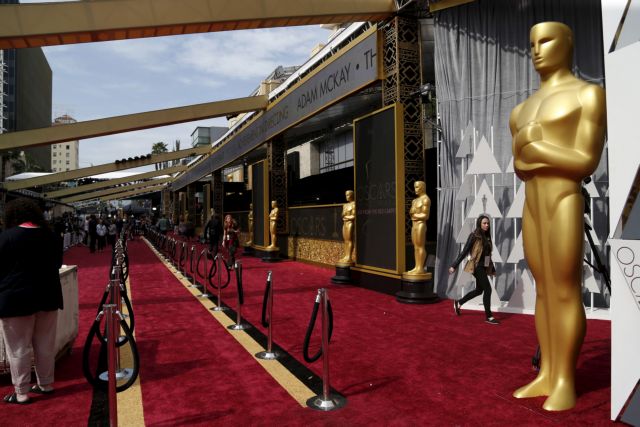