‘Star Wars’: An Early Script, A Different Darth Vader and the Making of a Classic 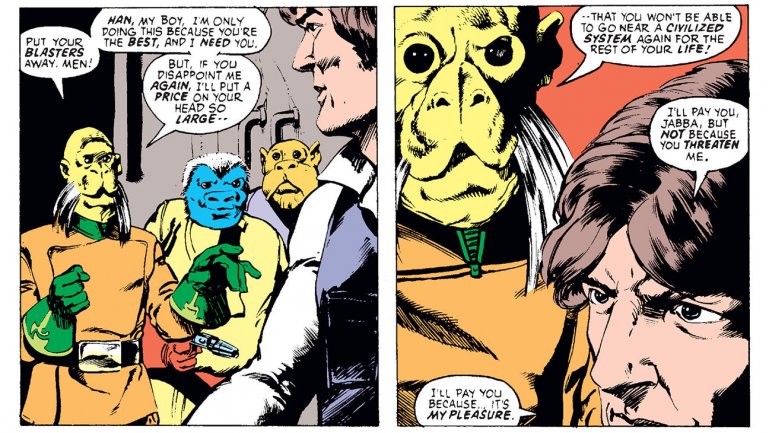 share close
email
A humanoid Jabba the Hutt? Pink Death Star walls? A galaxy far, far away originally looked just a little different, 40 years ago… as we know, thanks to a Marvel comic.
40 years ago Thursday, Star Wars was unleashed upon an unsuspecting world for the first time. Except, not all of the world was entirely unsuspecting. Indeed, a small number of comic book fans had a good idea of what to expect from the start of the movie at least, given that the first two issues of Marvel’s Star Wars comic book had already been released by that point.Those issues, written by then-Marvel mainstay Roy Thomas with art by Howard Chaykin (and inks, in the second issue, from Steve Leialoha), adapt the movie from opening until the heroes leave Tatooine for the Death Star — indeed, the closing caption of the second issue promises, “Next issue: Out of hyperspace — and into the Death Star!” But the keyword here is “adaptation”; with the property as new as it was, and Thomas and Chaykin working off an early version of the screenplay rather than the finished movie, there are definitely some differences between comic book and movie that would have left fans following both with some surprises when the movie hit screens.(Of course, even the Marvel comics weren’t the first time Star Wars had entered the world; five months before the April 1977 release of Star Wars No. 1, the novelization of the first movie, credited to George Lucas but ghost-written by Alan Dean Foster, had been released and met with some success; the Marvel books, however, were the first time fans could actually get to see the galaxy far, far away.)

It’s not merely that the comic includes scenes that wouldn’t appear onscreen until the 1997 “Special Edition” re-release, although that’s certainly the case. In the first issue, Luke meets Biggs early enough in the story that Biggs can tell him that he’s joining the Rebellion. (“You’re crazy!” Luke says in response, “You could wander around forever trying to find them.”) In the second, a Jabba the Hutt shows up that looks nothing like any version that would appear onscreen, to warn Han not to cross him.

What’s perhaps more noticeable is the tonal shift of the comic book version of the story. Reflecting the style of the time, the comic book Star Wars is amazingly, garishly colorful in ways that the movie purposefully rejects: According to Marvel, the Death Star’s walls are alternately pink or baby blue, and Darth Vader’s armor is actually blue with the eyepieces of his helmet occasionally bright red. Darth Vader himself is more given to expositionary exclamation than his movie counterpart (“The fool is dead!” he yells after killing a Rebel guard in the first issue), with the narrative demands of the comic format forcing many characters to explain what they’re up to in ways that are unnecessary onscreen. Thomas also enjoys adding flourishes to dialogue and narration which, while fun and attempting to build the universe around the story, seem fascinatingly “wrong” from today’s perspective.

(Much of the joy of the early Marvel comics comes from the way in which they’re off-model from the canonical version of characters and events the audience knows so well today, especially in the initial original storylines following the events of the first movie. To this day, the giant green talking rabbit Jaxxon is a fan-favorite despite being patently ridiculous even for Star Wars.)

The first issue of the series features two brief editorials; the first extols the virtues of the upcoming movie in glowing terms, describing the comic as “a six-issue prospectus on a startling piece of cinema” and describing the soon-to-be-released movie as, somewhat presciently, “certain to become a milestone in the space fantasy genre.” The second, by Thomas himself, goes into the origins of the comic in the then-traditional chummy Marvel manner. “Within a couple of days, Smilin’ Stan Lee had seen my enthusiasm and figured, I guess, that ‘What the heck, it’ll give the Kid something to do,'” he explains.

Read today, the Marvel Star Wars comics are a fascinating glimpse into the uncertain origins of the franchise that the movie would spawn, and the phenomenon that it would become. They’re messy and non-canonical and all the better for it — and they’re also the only time anyone would ever see Darth Vader use the Force to grab himself something to drink. 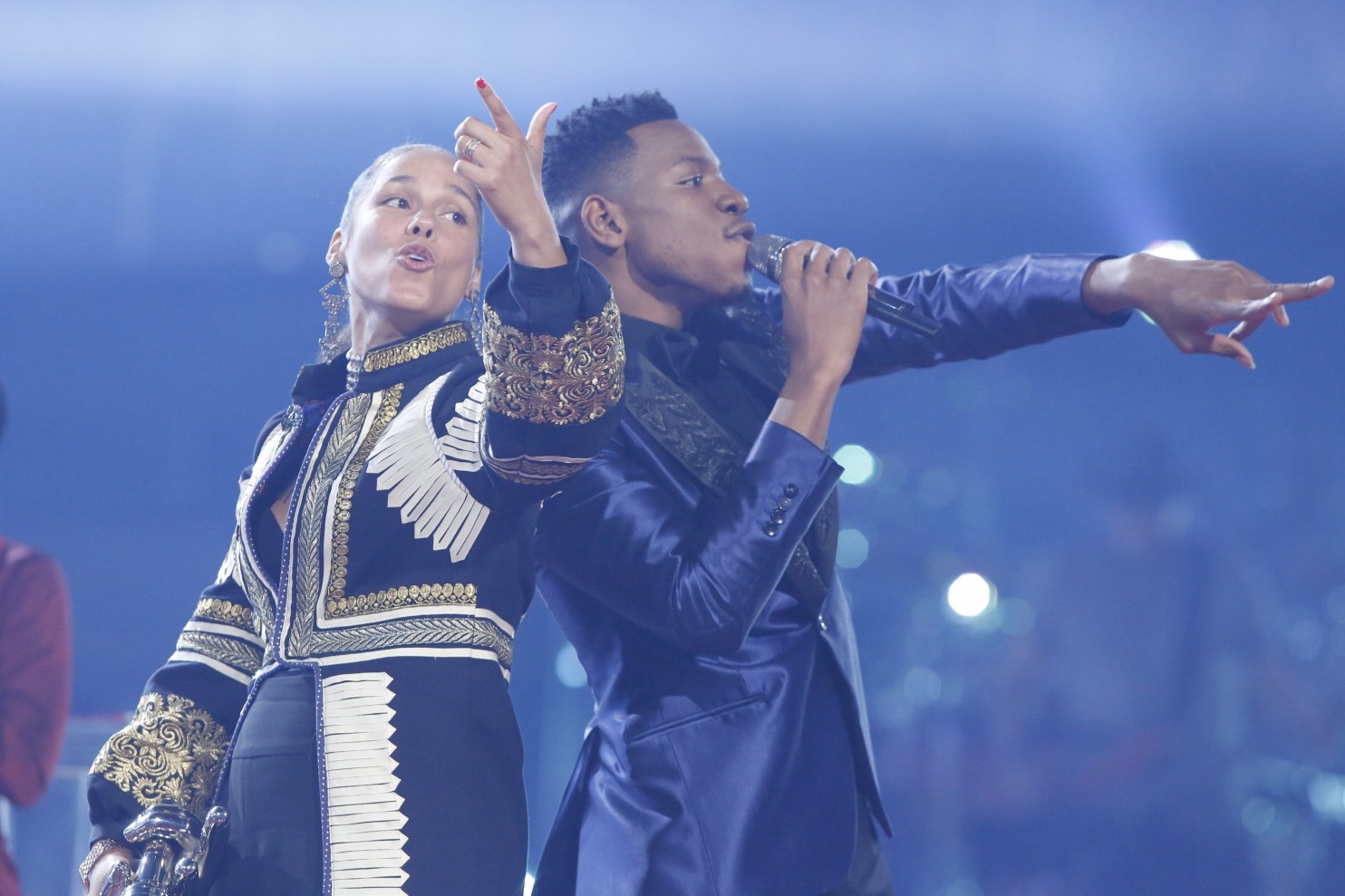 ‘The Voice’ finale: The unusual way that winner Chris Blue made show history

After 12 seasons, fans of NBC’s “The Voice” know to watch the premiere carefully. Producers stack the first episode of “blind auditions” with exceptionally talented singers — with especially intriguing backstories — to hook viewers as soon as the show begins. It’s a clear signal that contestants in the premiere have a good chance to go far in the competition. On Tuesday night, Chris Blue (a 26-year-old worship leader from Knoxville, Tenn.) walked […]