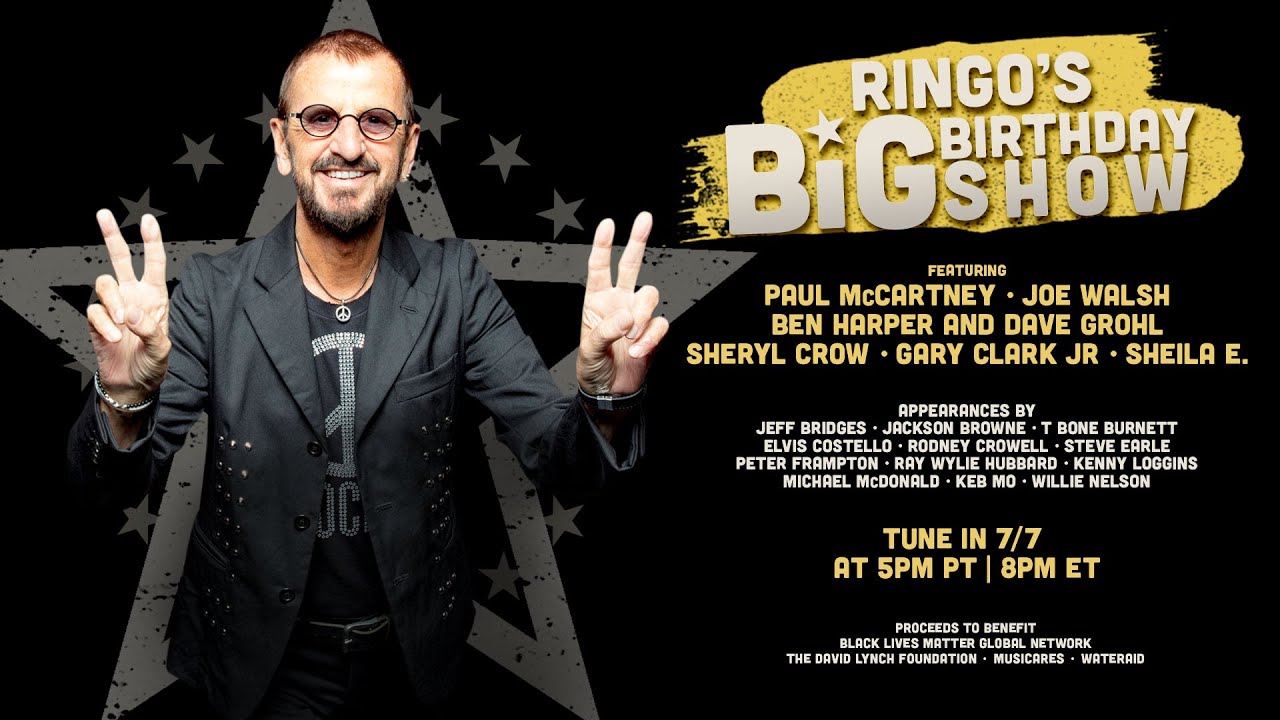 “I love birthdays,” Starr said in the latest episode of the Rolling Stone Interview: Special Edition. “This year is going to be a little different. There’s no big get-together, there’s no brunch for 100. But we’re putting this show together — an hour of music and chat. It’s quite a big birthday.”

In addition to its headlining performances, Ringo’s Big Birthday Show will include the debut of a new version of Starr’s 2017 song “Give More Love,” now with guest features from Jackson Browne, Jeff Bridges, Elvis Costello, Willie Nelson and others. Steve Earle, Peter Frampton and Judy Collins will debut tribute performances on Starr’s YouTube channel alongside the livestream. Ahead of the broadcast, Starr is asking fans to “say, think, or post #peaceandlove at noon their local time on July 7th.”