Muse will screen their Drones World Tour film in theaters this week via for one night only. The film features a rousing performance of “Psycho” from their 2015 album, Drones.

The film clip shows the band performing the thunderous track amid pulsating lights. A giant screen displays footage from the drill sergeant featured in the song’s video while purple-hued drone globes rotate above them, augmenting the dystopian themes.

Directed by Tom Kirk and Jan Willem Schram, Drones World Tour was filmed during multiple tour dates in 2016. In addition to “Psycho,” it features “Madness, “Uprising,” “Plug in Baby” and never-before-seen special effects along with the band discussing the creative concept.

“The Drones show reflects the mood and story of the album,” singer Matt Bellamy said in a statement. “We played for the first time in the round and wanted a show that was stark and spectacular featuring cutting-edge autonomous drone technology.”

Drones World Tour will be shown in theaters worldwide on Thursday (July 12th).

Muse has been working on their eighth album, the as-yet-untitled follow-up to Drones. “The album will be a very mixed bag,” Bellamy told Rolling Stone of their new material. “The songs are going to be quite different in spots and we’re also interested in doing some genre-blending and era-blending.” 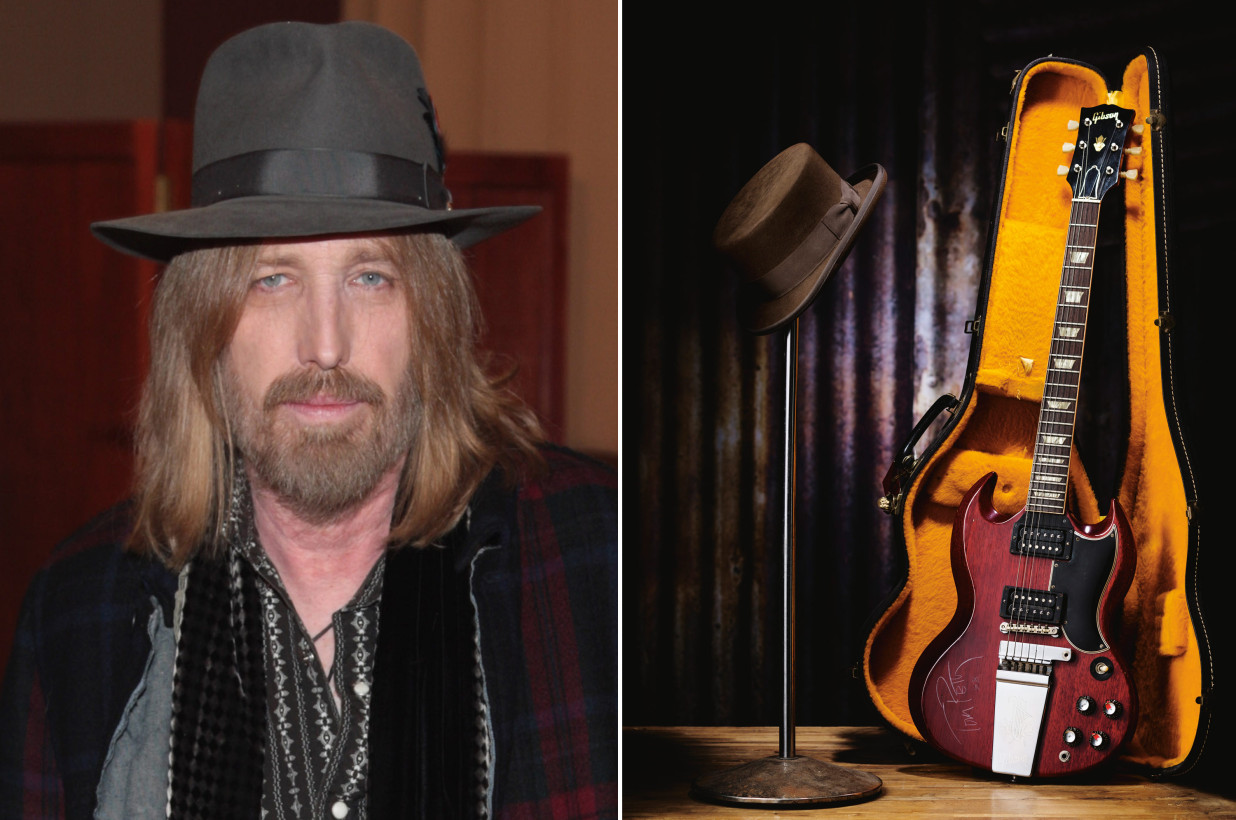 A 1965 Gibson SG electric guitar owned by Tom Petty will be auctioned, along with one the late rocker’s top hats. Heritage Auctions announced Monday that the auction will occur on July 21. It says the guitar was played by Petty during his 1986 tour with Bob Dylan. A portion of the proceeds from the sale of the guitar will benefit two Southern California charities, The Midnight Mission that helps the homeless […]