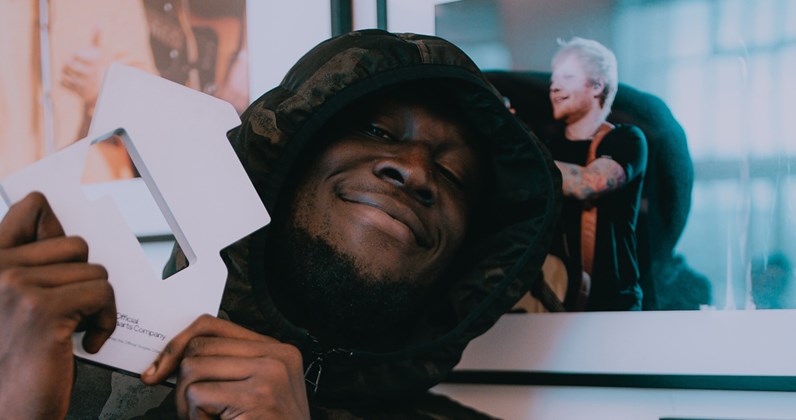 Stormzy scores the UK’s first Number 1 song of 2020 and the decade as Own It climbs to the top spot on this week’s Official Singles Chart.

Own It ft. Ed Sheeran and Burna Boy climbs from 5 to 1 to earn Stormzy his third chart-topper in the UK, following Vossi Bop and Take Me Back To London (with Ed Sheeran) in 2019. The track scores 57,000 chart this week, including 6.6 million streams. View Stormzy’s Official Chart history in full.

Watch Stormzy celebrate the news below:

The last British rapper to score three Number 1 singles in the space of one year was Dizzee Rascal, who landed a trio of chart-toppers ten years ago with Holiday, Dirtee Disco and Shout, between September 2009 – June 2010.

Stormzy beats strong competition this week from Lewis Capaldi, who zooms from 12 to Number 2 with Before You Go.

All Christmas songs dropping out of this week’s Top 40 – with the exception of last week’s Number 1, Ellie Goulding’s River (28) – means a flurry of songs rebound or make huge climbs up the chart. Three tracks enter the Top 10 for the first time: Harry Styles’ Adore You charges 19 spots to 7, Endor’s Pump It Up leaps 28 places to make its Top 10 debut at 8, and This Is Real by Jax Jones ft. Ella Henderson vaults 35 spots to 9 to become Jax’s sixth Top 10.

Meanwhile, The Weeknd’s Blinding Lights reaches a new peak of 11, Camila Cabello’s My Oh My ft. DaBaby soars from 49 to 13, marking her 12th UK Top 40 hit; Falling by US singer Trevor Daniel zooms 31 places to 14; Frozen’s Into The Unknown by Idina Menzel & Aurora is up 43 spots to 19; and Young T & Bugsey’s Don’t Rush ft. Headie One hits a new high at 20.

New entries this week come from, D-Block Europe, who enter at 29 with No Cellular Site, and J Hus lands at 33 with No Denying. 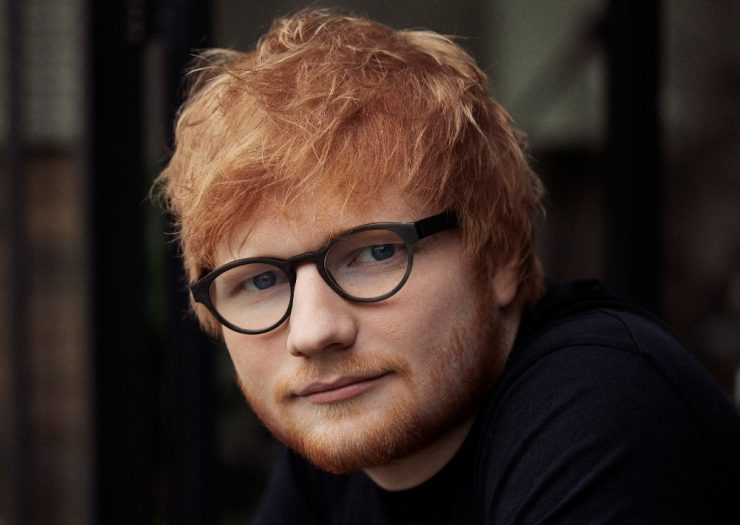 That’s four times as much as Brits spent on streaming music just five years ago. Streaming sales crossed £1 billion ($1.3 billion) in the U.K. in 2019, helping drive a 7.1% rise in overall music spending, according to year-end figures from the Entertainment Retailers Association. ERA’s findings follow on the heels of the BPI’s annual report, which found that a record 114 billion tracks were streamed in the U.K. last […]