The ZZ Top guitarist and vocalist’s album, ‘The Big Bad Blues’ will feature a collection of original songs as well as covers of some classic blues covers including Muddy Waters’ ‘Rollin’ and Tumblin” and ‘Standing Around Crying.’

Formed in 1969, ZZ Top remain one of the world’s longest running rock bands that is still composed of its original members.

As well as writing and composing the album, Gibbons has co-produced his latest alongside Joe Hardy.

“There’s something very primordial within the art form…nobody gets away from the infectious allure of those straight-ahead licks!”

Gibbons has also spoken more about his influences on the album:”I suspect Jimmy Reed did me in early on. The inventiveness of that high and lonesome sound remains solid and stridently strong to this day.

We could go on to mention the line-up of usual suspects, Howlin’ Wolf, Muddy, all three Kings (B.B., Albert and Freddie). The lengthy list of champions is forever carved in stone.”

The track-list of the new album is as follows:

The singer will be announcing new tour dates soon. 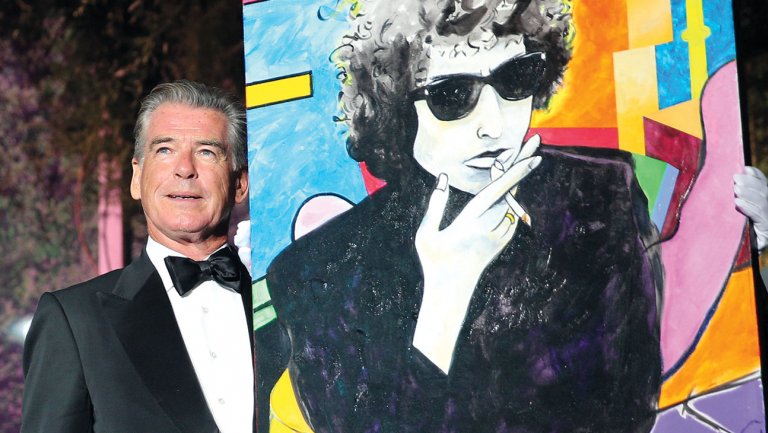 The actor, whose artwork was sold at amFAR's Cinema Against AIDS auction in Cannes this summer, is planning an exhibition, likely in Paris. “I was gobsmacked.” That’s how Pierce Brosnan describes the feeling of watching his original painting of Bob Dylan fetch $1.4 million during the auction at amfAR’s 25th annual Cinema Against AIDS event in Cannes earlier this summer. The buyer? Ukranian billionaire Marina Acton. “My wife [Keely Shaye […]