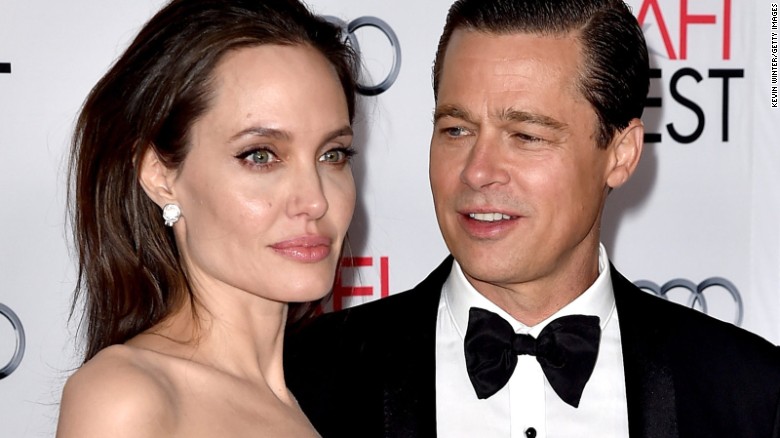 One of Hollywood’s highest profile marriages is over.

Angelina Jolie has filed for divorce from husband Brad Pitt, citing irreconcilable differences. According to the court documents, the pair separated on September 15, two years and one month after they married in August 2014.
Jolie is seeking physical custody of their six children and asking the court to grant Pitt visitation.
She is also asking to keep “miscellaneous jewelry and other personal effects” as well as any earnings from after the date of their separation and other separate assets to be determined later.
Already there is speculation that a tabloid-friendly, child-unfriendly custody battle may ensue over their six children. But a source close to them asserted that both sides want a cordial breakup.
“Other than the fame of the people involved, this is like so many other divorces,” the source said.
“I am very saddened by this, but what matters most now is the wellbeing of our kids,” Pitt said Tuesday in a statement to CNN. “I kindly ask the press to give them the space they deserve during this challenging time.”
Jolie’s camp is also focused on the children.
“This decision was made for the health of the family,” Robert Offer, an attorney for Jolie told CNN in a statement Tuesday. “She will not be commenting at this time, and asks that the family be given their privacy during this difficult time.” 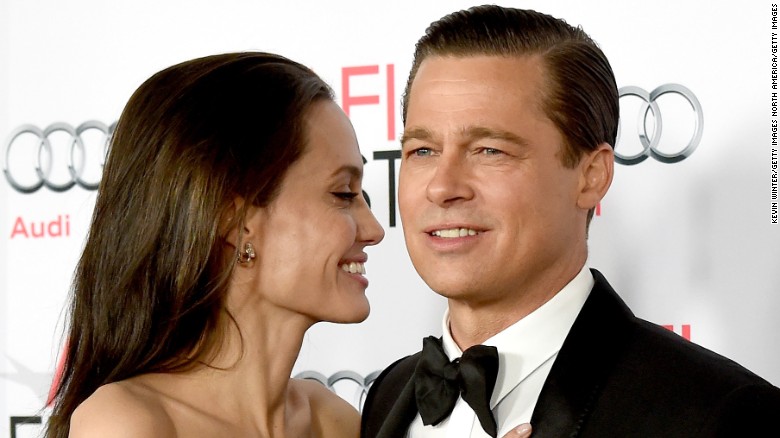 While Pitt and Jolie married in 2014, their relationship became the subject of speculation in 2004, when they co-starred in “Mr. & Mrs. Smith.” At the time, Pitt was married to actress Jennifer Aniston.
In January 2005, Pitt and Aniston announced they were splitting and Aniston filed for divorce a few months later.
In April 2005, photos surfaced of Pitt, Jolie and her adopted son Maddox in Kenya.
Jolie later adopted daughter Zahara from Ethiopia and in early 2006 she announced that she and Pitt were expecting a baby. Shortly thereafter, Pitt was granted the right to legally adopt Maddox and Zahara.
Their daughter Shiloh was born in May 2006 and son Pax was adopted from Vietnam in March 2007. Jolie gave birth to twins Vivienne and Knox in July 2008.
The couple announced their engagement in 2012.
Pitt was there to support Jolie in 2013 when she underwent a preventive double mastectomy. 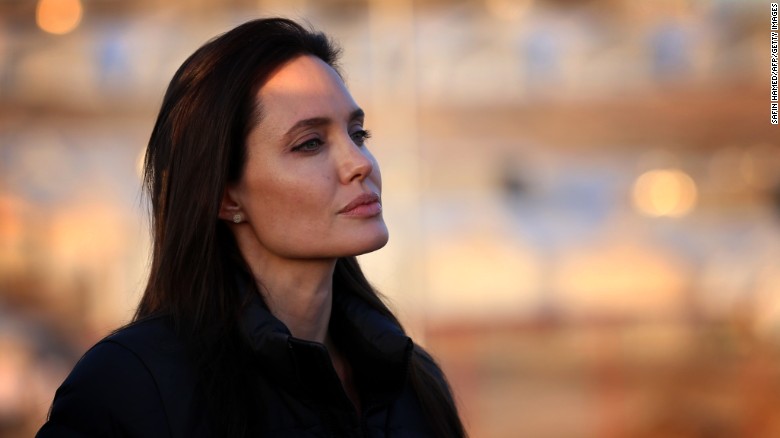 Jolie said at the time that she underwent the surgery following the discovery she carried a mutation of the BRCA1 gene which greatly increased her risk for cancer
“My doctors estimated that I had an 87 percent risk of breast cancer and a 50 percent risk of ovarian cancer, although the risk is different in the case of each woman,” Jolie wrote in an article for the New York Times. “Once I knew that this was my reality, I decided to be proactive and to minimize the risk as much I could. I made a decision to have a preventive double mastectomy.”
In 2014 they were married in a small, private ceremony in a chapel at Château Miraval in the village of Correns.
The following year, Jolie once again made headlines for her health when she had her ovaries and fallopian tubes removed to guard against cancer.
The couple talked to NBC’s Tom Brokaw in 2015 about their marriage, her health struggles and working together as they promoted their film “By the Sea.”
Jolie also wrote and directed the film about a couple in a troubled marriage. Jolie said the characters’ relationship was far from hers and Pitt’s.
“I’m counting on the audience to know that if it was close to us at all we could never make this film,” Jolie said. “It’s because we are actually very, very stable and these aren’t our issues.”
The pair have also been partners in giving.
Pitt has worked for years to help rebuild New Orleans after Hurricane Katrina.
Jolie is a United Nations special envoy for refugee issues, a critical topic at the UN General Assembly meeting in New York this week.
Source: cnn.com 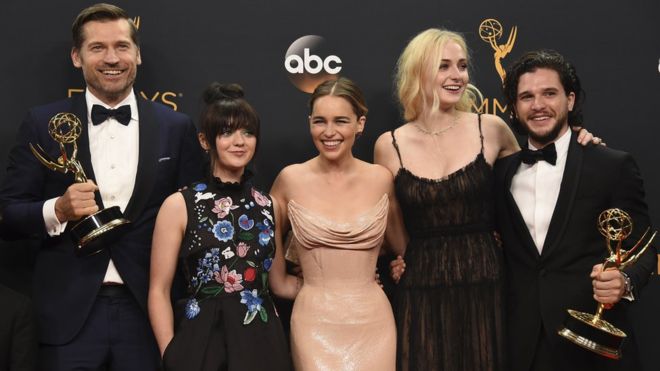 Game of Thrones has broken the record for the highest number of Emmy Awards won by any fictional series. In his opening monologue at the 68th Emmy Awards, host Jimmy Kimmel joked, “If your show doesn’t have a dragon or a white Bronco in it, go home,” but there still were plenty of reasons for the audience to stick around. The programs alluded to in Kimmel's quip — HBO's Game of […]