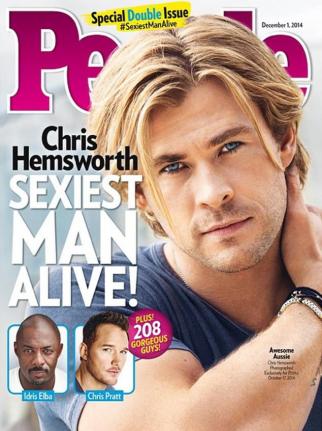 Chris Hemsworth has joined the illustrious ranks of celebrity men to hold the title of “Sexiest Man Alive,” an annual honor bestowed by People magazine.

As promised, Jimmy Kimmel made the announcement Tuesday night.

“Thank you very much for the trophy. I’m most excited about the ‘alive’ portion of that statement,” Hemsworth told Kimmel. “I’m flattered. Thank you, Jimmy.”

“Liam is good. We’ve been throwing sexy looks back and forth all week. So he’s been a real team player through this.”

Hemsworth told People that he thought it was “pretty funny” he had been chosen.

“I think you’ve bought me a couple of weeks of bragging rights around the house,” Hemsworth added. “I can just say to [wife Elsa Pataky], ‘Now remember, this is what the people think, so I don’t need to do the dishes anymore, I don’t need to change nappies. I’m above that. I’ve made it now.'” 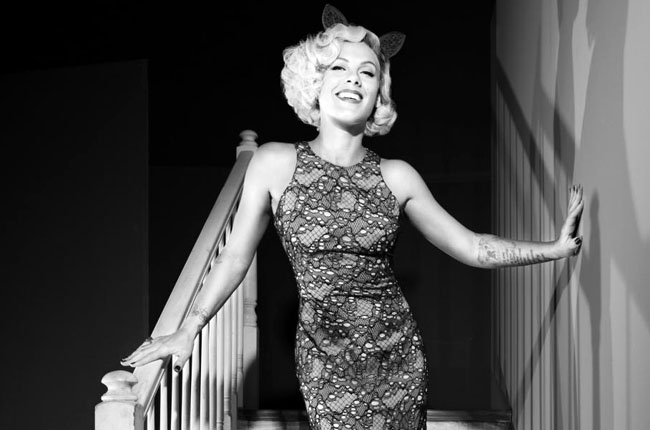 What's in a name? A lot, if you ask these musicians, each of whom ditched their birth names and adopted an alias before hitting the big time. (And for good reason, in some cases -- Stefani Joanne Angelina Germanotta just doesn't roll off the tongue quite as easily as "Lady Gaga" does it?) Check out the gallery and find out the real names behind pop star pseudonyms. You'll never look […]