Thanks to an overlap in the films’ productions, Venom: Let There Be Carnage includes footage of The Matrix Resurrections shooting on-location in San Francisco.

Speaking to Screen Rant, Let There Be Carnage location manager Christopher Kusiak noted that “lots of stuff impacted filming” on the Venom sequel in San Francisco. “A lot of our driving shots went away because Matrix controlled all of downtown… We ended up moving a stunt up onto the top of the parking garage because we couldn’t get to the areas we wanted because of The Matrix. But if we would’ve been there first, it probably would’ve gone the other way. The helicopters were actually on the Matrix movie. The Matrix was filming at the same time so we were catching part of their activity on camera.”

Like the first Venom film, Let There Be Carnage takes place primarily in San Francisco. The movie began production at Hertfordshire’s Leavesden Studios in November 2019 and continued filming in England through to the start of February 2020. After Tom Hardy, who reprises his role as Eddie Brock and co-writes the story, confirmed Let There Be Carnage had wrapped its England shoot, production shifted to San Francisco. However, by that point, The Matrix Resurrections was already filming in the city.

The fourth live-action film in the landmark sci-fi franchise, The Matrix Resurrections had shot for a month when the ongoing coronavirus (COVID-19) pandemic caused production to halt in March 2020. Filming eventually resumed five months later, which led to the movie’s release date being delayed from May 2021 to April 2022. Resurrections later moved back into 2021 after Warner Bros. reshuffled its film slate once again.

While The Matrix Resurrections‘ plot remains under-wraps, the film’s trailer shows Neo (Keanu Reeves) somehow alive after his death in The Matrix Revolutions (2003) and leading an ordinary life as Thomas Anderson in what’s apparently present-day San Francisco, his memories of the past wiped clean from his mind. Of course, that doesn’t last, and before long, Neo finds himself fighting side by side with Trinity (Carrie-Anne Moss) and leading another revolution from within The Matrix.

Directed and co-written by Lana Wachowski, The Matrix Resurrections begins playing in theaters and streaming on HBO Max on Dec. 22. Venom: Let There Be Carnage is now showing in theaters exclusively.

If you can’t get enough cheesy holiday movies this time of year, we’ve got good news for you. Netflix is adding more than 120 titles in December, including a number of original holiday-themed movies and series. While the streaming service debuted lots of Christmas content in November, next month’s holiday slate includes […] 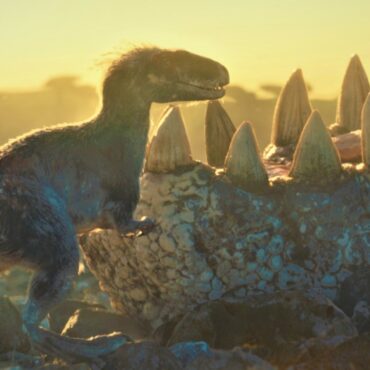