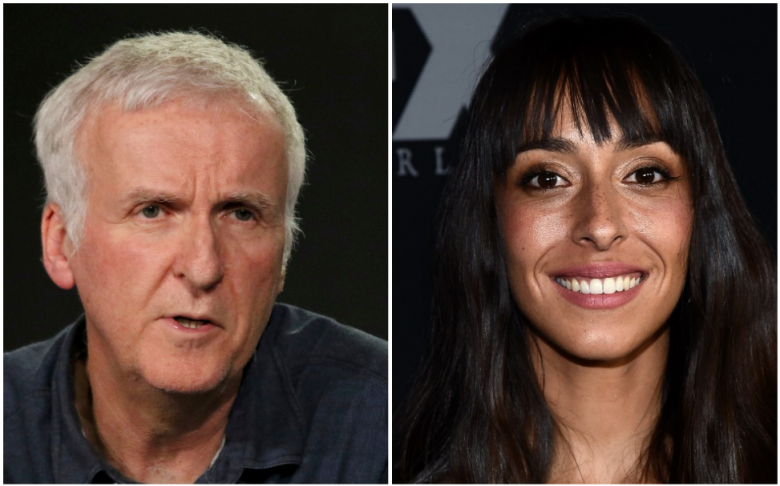 She may have left “Game of Thrones” after the Red Wedding, but Oona Chaplin is about to break out in a major way.

The jury is still out on whether anyone wants four more “Avatar” movies, but four more Oona Chaplin movies is a much easier sell. Best known for a too-brief stint on HBO’s “Game of Thrones,” the actress who played Robb Stark’s betrothed Talisa comes from a long line of show-business royalty. Born in Madrid, Chaplin’s mother is actress Geraldine Chaplin, making Oona Charlie Chaplin’s granddaughter and Eugene O’Neill’s great-granddaughter; as if that weren’t enough of a pedigree, she’ll soon join another Hollywood legacy: James Cameron’s.

Chaplin is currently listed on IMDb as starring in all four “Avatar” sequels, two of which are in post-production and two of which are currently filming. Chaplin’s character is named Varanga, whom it’s safe to assume is a member of the Naʼvi. In a recent interview with IndieWire tied to her new film “Anchor and Hope,” Chaplin was tight-lipped on “Avatar 2” details, saying she was “very much sworn to secrecy.” She added: “And you know what? It’s so good, because it’s going to blow people away.”

Asked if Hollywood really needs another franchise, Chaplin was sympathetic. “Right? I mean, in a certain way I totally agree. But in a different way, and I don’t know how politically correct it is for me to say these things, but I feel like it’s Trojan-horse cinema,” she said.

As IndieWire’s David Ehrlich argued earlier this month, you’d have to be insane to doubt James Cameron. According to Chaplin, the filmmaker connects with so many people because of how intimately he understands his audience.

“Jim knows his audience better than anyone,” said Chaplin. “And he knows story as well. The epic nature of these films is totally grandiose and really has the old Greek epic-ness about it. I feel like he uses the structure to explore the scene. And he’s so good at both, it’s kind of amazing.”

While the Oscar-winning “Titanic” and “Avatar” director is known for grandiose special effects, Chaplin said she was surprised how committed he was to finding the truth of the scene.

“I had no idea that it would be so truth-centric,” she said. “But the whole thing is about truth, because everything else is stripped away. Everything else he can put it in. Everything else. You want a dragon? He can put in a dragon. But the only thing that he can’t add is the emotional depth of what lies beyond the structure of your performance. The physical structure, the soul. And I feel like that’s what he wants to get.”

Chaplin also said Cameron tailors his direction individually to each actor: “He works with actors really well and listens to them, and is very different with each person. He’s totally different with me than he is with Zoe [Saldana] than he is with Sam [Worthington]. He adapts to the actor’s needs. He is absolutely incredible as a director.”

As for the people who wonder if we really need four more “Avatar” movies, Chaplin isn’t too worried about them. “I have no idea what the film is gonna do, do you know what I mean? Like, there’s no way of telling. The haters sometimes have a lot of hate. But I don’t think it’s for them,” she said. “I think it’s just it’s a story that matters. It’s a story that gets us to an emotional place where we can relate to the world around us in a new way that’s exciting and beautiful.”