‘Black Panther’ Is Here to Spice Up the Oscars Race 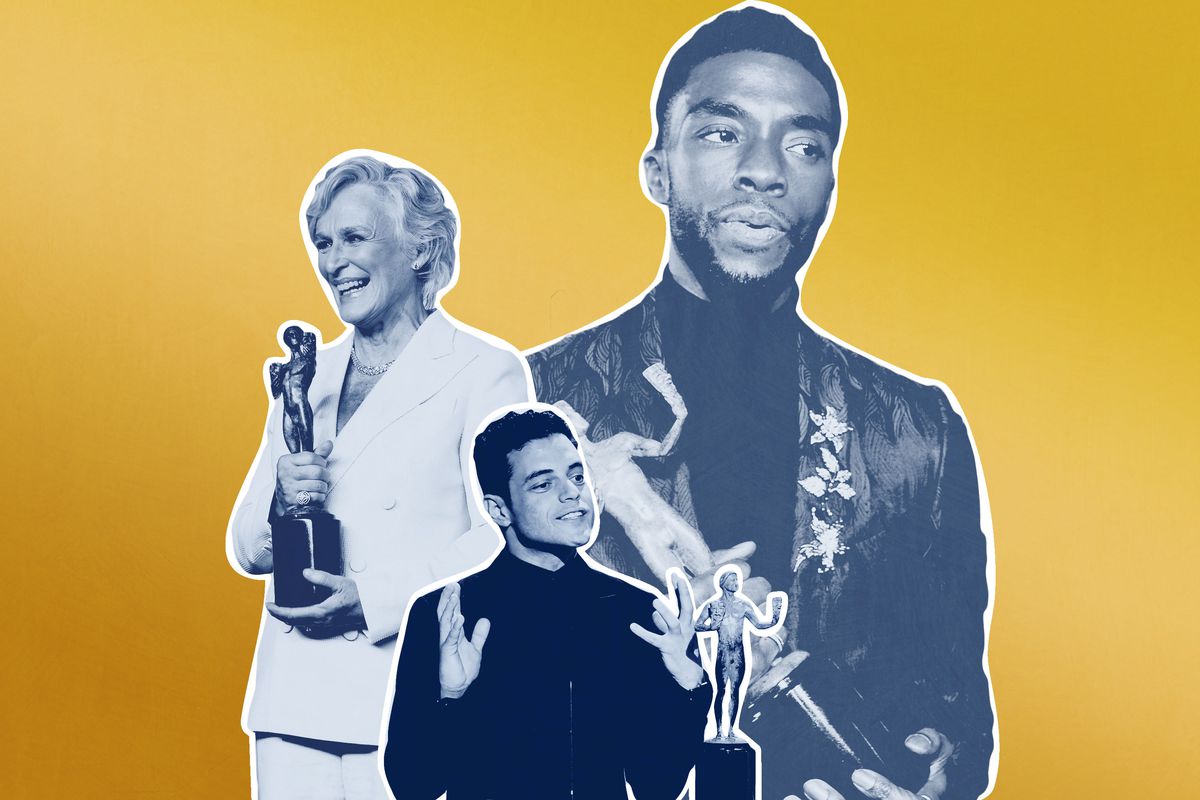 Instead of cementing favorites, Sunday night’s SAG Awards gave a boost to a couple of dark horses and added a hint of chaos to an awards season that finally seemed to be solidifying.

With just under a month until the Oscars, a lot of uncertainty remains around some of this year’s biggest awards, including the ever-shifting tides in the Best Picture race. This is ostensibly when the SAG Awards come in to provide a bit of clarity—not just with the Best Picture front-runners, but with the acting categories. The members of the Screen Actors Guild overlap a lot with Academy members, and of the Academy’s many branches in the entertainment industry, the acting branch includes the largest number of members. Whichever way the SAG voting swings, the Academy often leans the same way.

But this year’s SAG Awards, presented Sunday night, weren’t a guide so much as another curveball in what’s shaping up to be one of the most unpredictable Oscars in recent years. With that in mind, here are the five biggest takeaways from the SAG Awards and how they might affect the Oscars’ biggest categories heading into February. (You can check out the full list of SAG winners—including the television categories—here.)

Black Panther’s inclusion in the Oscar nominations was supposed to be a victory in and of itself: Finally, a superhero film is being recognized as a Best Picture nominee, a decade after The Dark Knight’s widely derided exclusion prompted a change in the Academy’s nomination process. (That Black Panther tallied seven Oscar nominations was the icing on the cake.) For a ceremony that’s had dwindling viewers in recent years, the line of thought was that at least one of the highest-grossing films of 2018 could possibly pique Oscars interest outside of cinephiles and awards-season enthusiasts.

But after winning Outstanding Performance by a Cast in a Motion Picture at the SAG Awards on Sunday, Black Panther is more than just a welcome addition to the race: It’s a legitimate dark-horse candidate. Granted, winning the award isn’t the most accurate precursor to winning Best Picture—last year’s Oscar winner, The Shape of Water, didn’t even earn a nomination—but it provides Ryan Coogler’s film with some legitimate momentum against this year’s presumed front-runners, Roma and Green Book. (Neither of those films got a SAG nomination, either.)

And if Black Panther’s win gave it a boost heading into the Oscars, it also dealt a blow to the Best Picture nominees it beat in the category: BlacKkKlansman, Bohemian Rhapsody, and A Star Is Born. (Crazy Rich Asians was the other nominee in this category, but it wasn’t nominated for Best Picture.) All three films were on the precipice of the Best Picture race and could’ve used a SAG win to stand a chance of usurping the likes of Green Book or Roma at the Oscars. Now if there’s a movie to bet on to sneak into the Best Picture race—even if its chances are still marginal—it might be Black Panther.

The past six SAG winners for Best Actress went on to win the same Oscars category, making it one of the most dependable awards-season precursors. This is great news, then, for Glenn Close. She won a Golden Globe for her leading role in The Wife—now playing on a domestic or transatlantic flight near you—beating out Lady Gaga for A Star Is Born, who, at the time, seemed like the Best Actress front-runner. Now Close also has the SAG award over Gaga.

This is officially Close’s Oscar to lose, with Gaga and perhaps The Favourite’s Olivia Colman serving as her closest—but by a mile—competitors. (Colman also won at the Globes and could win at the BAFTAs because, you know, it’s basically the British Oscars and, therefore, is very pro-British.) At this point, Close has the award more or less wrapped up; she has the most compelling awards-season narrative, the most awards, and the most momentum. It’ll be a shock if she doesn’t win for The Wife, even if we’re not entirely sure whether anyone has actually seen The Wife.

Between Timothée Chalamet and Michael B. Jordan, is the awards show harness officially a thing now? #SAGawards pic.twitter.com/gpYmyP3O57

For better or worse, this Oscars season is also the Golden Age of Men Wearing Harnesses Like They’re Giant, Fashionable Dogs.

With apologies to the great Jackson Maine, the Best Actor category is shaping up to be a two-person race between Rami Malek (Bohemian Rhapsody) and Christian Bale (Vice). And with both winning at the Golden Globes in their respective acting categories, whoever captured the SAG award—in a category in which they were competing directly against one another—would have the advantage heading into February. Nineteen of the 24 SAG winners in this category also won Best Actor, and the only actor in the past 14 years to win the category but lose at the Oscars was Denzel Washington for Fences, who was beaten by Manchester by the Sea’s Casey Affleck.

You know where I’m going with this: Malek won Sunday night, giving him the official edge over Bale. It’s not a done deal by any means. Bohemian Rhapsody, for starters, is mired in controversy after The Atlantic published an exposé detailing sexual assault stories about director Bryan Singer. Voting for the SAG Awards closed January 25—two days after the report was published—but began December 18. With Oscar voting not even open yet (that begins February 12 ), theAtlantic story may have more of an effect than the mere rumors regarding Singer did on previous awards ceremonies. That all remains to be seen; based on history alone, Malek can feel cautiously optimistic about his chances of winning an Oscar in four weeks.

Emily Blunt Is an Agent of Chaos

If there’s an acting category that remains unpredictable post-SAGs, it’s Supporting Actress. The latest GoldDerby odds still have Regina King (If Beale Street Could Talk) as the front-runner, but she was a surprise SAG snub, which left room for another actress to challenge her in the category. This was a great opportunity for someone like Amy Adams (Vice), Rachel Weisz (The Favourite) or Emma Stone (The Favourite) to gather some momentum before the Oscars.

But it was Emily Blunt, for her performance in A Quiet Place, who nabbed the award. It’s a new wrinkle, because Blunt isn’t even nominated at the Oscars. If anything, this is a win in King’s favor—though the fact the SAG and the Academy members have the most overlap is perhaps not a great sign, considering that the actress wasn’t even nominated. It’s still probably King’s to lose—she did win a Golden Globe, after all—but of the acting categories, Supporting Actress remains the most wide-open heading into the Oscars. 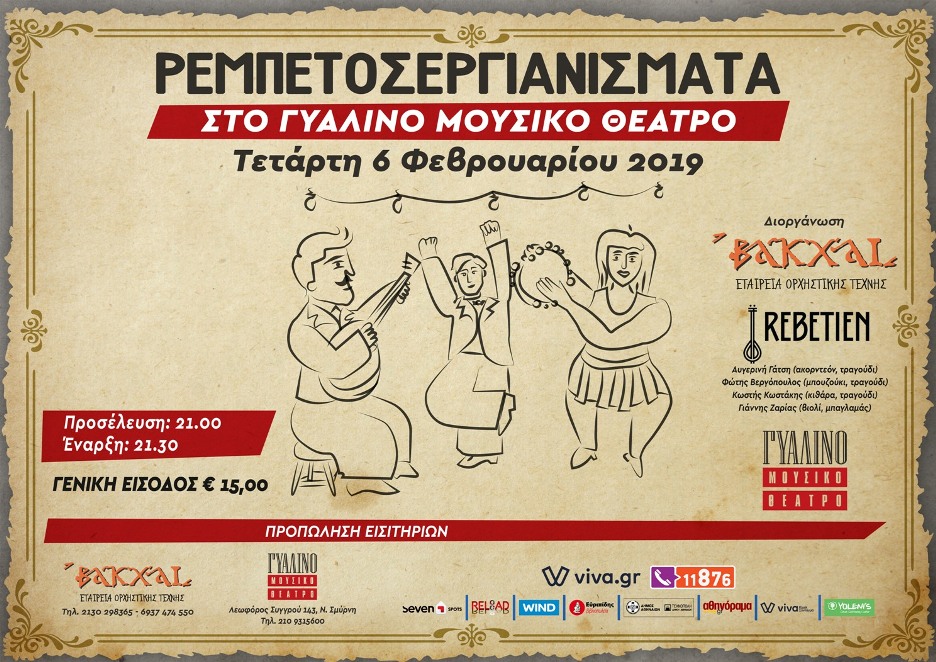