Netflix has removed Dave Chappelle’s comedy sketch series “Chappelle’s Show” after the comedian requested them to do so.

Chappelle revealed the news in a lengthy Instagram video called “Unforgiven,” which featured footage from a recent stand-up gig. During the performance, Chappelle claimed he “never got paid” after leaving the ViacomCBS-owned show.

“They (ViacomCBS) didn’t have to pay me because I signed the contract,” Chappelle said in the video. “But is that right? I found out that these people were streaming my work and they never had to ask me or they never have to tell me. Perfectly legal ‘cause I signed the contract. But is that right? I didn’t think so either. That’s why I like working for Netflix. I like working for Netflix because when all those bad things happened to me, that company didn’t even exist. And when I found out they were streaming ‘Chappelle’s Show,’ I was furious. How could they not– how could they not know? So you know what I did? I called them and I told them that this makes me feel bad. And you want to know what they did? They agreed that they would take it off their platform just so I could feel better.”

Chappelle has made multiple specials with Netflix and currently calls the streamer his comedy home. Worries about the potential of losing the comedian likely played a part in Netflix’s decision.

“Chappelle’s Show” is still available on several ViacomCBS brands, including its original home Comedy Central and CBS All Access, as well as HBO Max, where it was recently licensed. The series, which was created, executive produced and headlined by Chappelle, ran for three seasons between 2003 and 2006.

The removal news comes around three weeks after the show started streaming on Netflix, and only a couple weeks after Chappelle called out both Netflix and HBO Max for streaming his show when hosting the “Saturday Night Live” episode right after the election.

Chappelle pointed to the justice of the fact the services were streaming a show that bears his great-grandfather’s name yet he didn’t get paid for that.

“If he could see me now, he’d probably be like, ‘This n—- got bought and sold more than I have,’” Chappelle said on “SNL.” 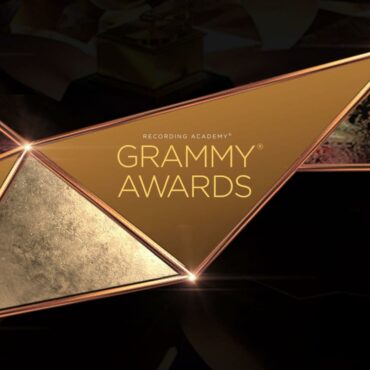 Grammys 2021: The Weeknd and Bob Dylan Surprisingly Absent From Nominations

During today’s 2021 Grammy nominations, there were two artists who were surprisingly missing from contention: Bob Dylan nor the Weeknd. The Weeknd’s smash hit “Blinding Lights” was eligible for nomination, as was his chart-topping album After Hours. Bob Dylan’s remarkable Rough and Rowdy Ways was also released during the eligibility period (September 1, 2019—August 31, 2020), with its first single “Murder Most Foul” reaching No. 1 on Billboard’s Rock Digital Song Sales chart. Since the Grammy nominations require that an artist submit their […]