Spoilers ahead for Glass.

If Glass is the film M. Night Shyamalan has been waiting to make for 19 years, that’s a bit disconcerting. The first part of his trilogy, 2000’s Unbreakable, still holds up today even if it was ahead of the curve on the rise of superhero cinema and the use of comic book tropes. At its core, the film is using the basics of superhero comics to write about the rise of a superhero, David Dunn (Bruce Willis), and supervillain, Elijah Price aka Mr. Glass (Samuel L. Jackson) within the confines of a realistic narrative. Then Unbreakable got a backdoor sequel in the closing moments of 2016’s Split, which follows Kevin Wendell Crumb (James McAvoy), a man with Dissociative Identity Disorder (DID) whose split personalities kidnap innocent women to feed them to an alter known as The Beast. The combination of these two movies arrives with Glass, a film where Shyamalan puts all the characters in a box and just stares at them for two hours with little in the way of character development or any fresh observations about the state of superhero cinema.

Glass starts out promisingly enough, picking up three weeks after the events of Split, and having Dunn trying to track down Crumb. They have a confrontation in a warehouse where Dunn saves Crumb’s potential victims, but then they’re both apprehended by police at the behest of psychologist Dr. Ellie Staple (Sarah Paulson), who brings them both to an institution that also houses Price. Staple argues that all three men are suffering under a delusion of being superheroes and that her work needs to free them of this delusion. Then the rest of the movie just takes place inside the institution and doesn’t really go anywhere.

Choosing to make Ellie the central figure of the movie is a critical error for Shyamalan because she’s removed from the internal lives of the characters. We briefly jump in and out of what’s happening with Crumb and Price (Dunn is kind of a non-entity once he lands in the asylum), and the plot does slowly crawl forward with Price planning his escape and trying to prove to the world that superpowered people exist. But that’s a story where Shyamalan loses all sense of the internal lives of these characters. Staple has Dunn and Crumb doubting whether they truly have superpowers, but the film doesn’t really spend any time exploring this doubt. That would have been an interesting movie where Unbreakable and Split are about building these characters up and then they’re forced to consider if their new identities are “real”, but the movie quickly returns to Price hatching an escape plan and then monologuing about the nature of superheroes.

Shyamalan could get away with this kind of self-observation back in 2000 because superhero movies hadn’t really taken off. Comic books were still niche, so it made sense to explain to the audience how comics work, why they’re a continuing form of pictogram storytelling, and why they should be taken seriously. But in 2019, Shyamalan seems both behind the curve and a little annoyed that superhero cinema has left him behind. He wants to uphold superheroes, but only on his terms of heroes being grounded in reality. It’s fine for Shyamalan to want to tell a superhero story on his own terms, but he’s still yammering on about tropes, turns, and team-ups as if his audience is still unfamiliar with comics’ narrative conventions.

In its worst moments, which come during the third act, Glass feels like Shyamalan returning to his bad habits from Lady in the Water, another movie where he steps outside the narrative to tell you about the narrative. There’s a distinct lack of trust for the audience to simply understand what he’s doing, so he has to stop the action and have a character give voice to the subtext. It’s awkward, it’s ham-fisted, and it stops the action cold for a movie where not much was really happening in the first place. This isn’t even a matter of Shyamalan not being as clever as he thinks he is. It’s simply bad storytelling that can’t uphold any conclusions because there are no character arcs and the subtext isn’t compelling.

Of course, this being a Shyamalan film, there has to be a “twist”, and this one has three. First, we learn that Crumb’s father was a victim of the train wreck that Dunn survived and Price caused, so Price was coincidentally responsible for the creation of Crumb’s DID and the emergence of The Beast. The second twist is that Staple is working for a shadowy organization that eliminates superpowered people in order to keep balance in the world. But then there’s a third twist where Price was ahead of Staple and made sure that the fight between Crumb and Dunn was broadcast online so that people would see superpowered people existed and realize they might have their own superpowers.

But the ending falls flat because not only are Price, Dunn, and Crumb dead at the end (survived by Price’s mother, Dunn’s son, and Casey, respectively), but because it comes off as random that Price’s highest goal was to sacrifice his life and the lives of other people so that the world could see that superheroes are real. It’s a cheap ending that also places way too much faith in the power of viral information and the lasting impact it can have. It also, bizarrely, makes Price a hero in his own right for trying to empower humanity even though by his own narrative, he’s the villain in this story.

In Unbreakable, that villainy is tragic. Price, a man desperate to believe he’s not a mistake due to brittle bone disease, is willing to play the villain just so he has a sense of belonging in the world. Glass loses sight of that arc and just about everything else so that Shyamalan can put his characters together in the same room, wax about superhero narratives a bit, kill everybody off, and then try to swoop in with a nice message about how the world needs to realize there are superpowered beings among us.

It’s a bizarre conclusion for the Unbreakable trilogy, and one that’s not really satisfying in any sense because it leaves its characters so far behind. I understand Shyamalan wanting to adapt to a radically different landscape than the one he approached in 2000, but his solution is clumsy and inelegant, handing the narrative power over to a character we don’t care about while constraining the characters we do care about. If you’ve been waiting to see the continuation of Unbreakable for almost two decades, it’s hard to see Glass as anything but a monumental disappointment. 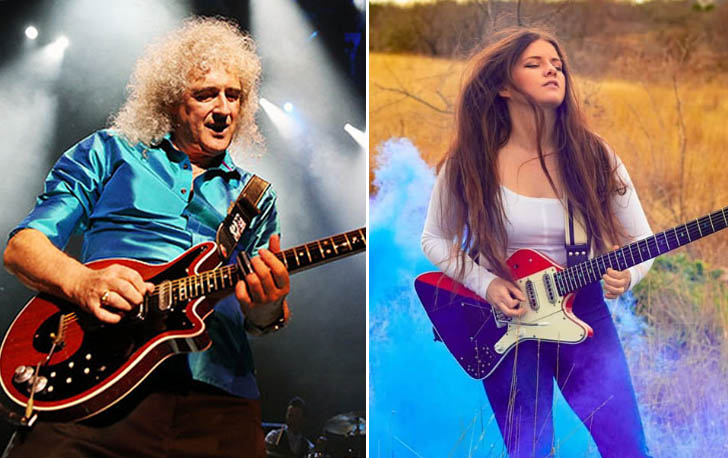 Classic folk rock singer and guitarist Arielle has shared a little taste of her cover performance of Queen’s “Headlong” on Instagram. She wrote: “In honour of tomorrow being the day my tickets go on sale, I wanted to give you a little taste of my new cover video of Queen’s ‘Headlong.’ I love the song and with all the resurgance of goodness surrounding them, I wanted to give my own little tribute.” […]