‘The Prom’s’ James Corden earned an unexpected nomination over fellow star Meryl Streep with Rosamund Pike sneaking into the best actress in a motion picture, musical or comedy, as Tom Hanks, ‘Malcolm & Marie,’ ‘Never Rarely Sometimes Always,’ ‘Fargo’ and ‘Insecure’ weren’t nominated.
The 2021 Golden Globe nominations raised a number of eyebrows with unexpected inclusions and omissions among this year’s nominees.

In terms of surprises, Sia’s yet to be released Music, which has already generated controversy as the musician chose to cast Maddie Ziegler as an autistic girl instead of an actor on the spectrum, snagged an unexpected two nominations: for best motion picture, musical or comedy, and for actress Kate Hudson.

The similarly yet-to-be-released I Care a Lot earned star Rosamund Pike a nod alongside Hudson, but neither the film nor Pike’s performance has garnered much awards buzz so far.

Two Netflix series — the Lily Collins starrer Emily in Paris and Ratched — earned multiple nominations despite mixed reviews and, in the case of Emily in Paris, social media backlash, with commentators and French critics calling the series stereotypical.

And James Corden and Jared Leto were both nominated for their roles in poorly reviewed features, The Prom and The Little Things.

With the Globes’ poor track record for nominating and giving awards to female directors, it was a pleasant surprise to see three women nominated for best director in the same year.

In terms of snubs, Michaela Coel’s tour-de-force HBO limited series I May Destroy You wound up on several best of 2020 lists and earned other TV accolades in recent months but failed to earn a single nod from the Hollywood Foreign Press Association. Some prognosticators predicted that Meryl Streep would get nominated for The Prom, but instead Corden scored the star-studded film’s only acting nomination.

Best actor hopefuls Tom Hanks or Ben Affleck were surprisingly not nominated for their starring roles in News of the World and The Way Back, respectively. And Kate Winslet failed to earn a nod for her starring turn in Ammonite.

Spike Lee’s critically acclaimed Da 5 Bloods was an awards darling as recently as last week, when it earned multiple accolades in the span of a few days, but the film failed to score any Golden Globe nominations even for its superstar director or performances from Delroy Lindo in the best actor category and the late Chadwick Boseman in the supporting actor category (Boseman was nominated for his role in Ma Rainey’s Black Bottom).

Other awards hopefuls only earned one acting nod: On the Rocks (Bill Murray is the only nominee, with star Rashida Jones and writer-director Sofia Coppola not nominated) and One Night in Miami (Leslie Odom Jr. was nominated but Kingsley Ben-Adir’s acclaimed performance as Malcolm X was not recognized).

Oscar hopeful Minari scored the controversial foreign-language film nomination it was eligible for but none of the film’s stars, including Steven Yeun, or writer-director Lee Isaac Chung were nominated.

On the TV side, Showtime’s acclaimed The Good Lord Bird only earned one nomination, for star Ethan Hawke. And these acclaimed series were all shut out: Insecure, Fargo, What We Do in the Shadows, Bridgerton and Dead to Me.

While HBO’s buzzy Lovecraft Country earned a nomination for best drama series, that was its sole nod this morning, with stars Jonathan Majors (also in Da 5 Bloods) and Jurnee Smollett failing to be nominated.

Though Hulu’s Normal People was nominated for best limited series and star Daisy Edgar-Jones was recognized for her performance, her male counterpart, Paul Mescal, was not nominated.

Insecure, which recently announced its upcoming fifth season would be its last, earned an impressive eight Emmy nominations just months ago.

The Golden Globe Awards ceremony is produced by Dick Clark Productions, a division of MRC, which is a co-owner of The Hollywood Reporter through a joint venture with Penske Media titled P-MRC. 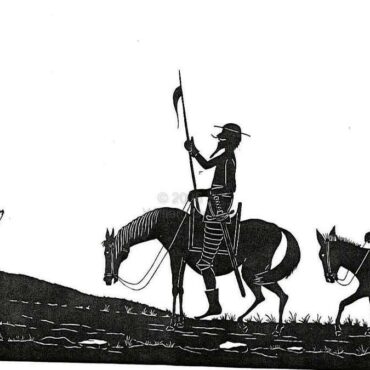