share close
email
Kate Winslet shattered a film record set by Tom Cruise after she held her breath underwater for seven minutes while filming a scene for “Avatar 2.” The “Titanic” actress is re-teaming with director James Cameron for a follow-up to his massively successful 2009 film. The Oscar winner’s role in the upcoming blockbuster sent her back to the water, where she underwent extensive training and ended up breaking a record that Entertainment Tonight notes was previously set by Cruise in “Mission Impossible: Rogue Nation” by one minute. “It was brilliant and I was very proud of myself and I’ll probably never be able to do it again,” Winslet told the outlet. “That came at the end of four weeks worth of quite intense training and it was in the dive tank, it was in the training tank. But I loved it.” The actress went somewhat viral in late October after the film’s official Twitter account shared a photo showing her in a dive tank filming an underwater scene. However, because she’s not really on social media, Winslet had no idea that her record-setting shoot was even public knowledge.

From Kate Winslet's recent interview in @THR: “I had to learn how to free-dive to play that role in Avatar, and that was just incredible. My longest breath hold was seven minutes and 14 seconds, like crazy, crazy stuff.” pic.twitter.com/ZYAmZdNgHS

“It’s so funny because I don’t really read reviews or media things. I’m not on Instagram, like I’m just completely disconnected from that part of my life,” she explained. “So all of this week and the week before, I’ve had people coming up to me at work saying, ‘Oh my God, like seven minutes and 14 seconds? Like, what?!” And I’m going, ‘What? Hang on, wait a minute. How do you know that?'” The actress previously broke down the filming process on “Avatar 2” in an interview with Collider in which she noted that thanks to her training and safety protocols on-set, she had no trouble getting into the water for the movie. “I was walking on the bottom of the tank. That’s a big ceremonial sequence with those huge heavy wings. That was quite scary,” she said of the viral photo. “The thing is, when you can hold your breath for seven minutes, you become unafraid. Actually, strangely, I was able to rely on my own ability to hold my breath for that long. Somehow I was not afraid, at all.” She added: “There’s so much safety underwater. There are two safety divers on every performer. There are two safety divers on every underwater camera. There were so many people in that tank. I probably felt safer down there than I did on dry land.” Cameron previously revealed that filming on “Avatar 2” is finished. However, he’s filming several sequels in the franchise at once and noted that “Avatar 3” is almost done as well. Still, the first sequel in the franchise is currently scheduled for release in 2022.       Source: foxnews.com 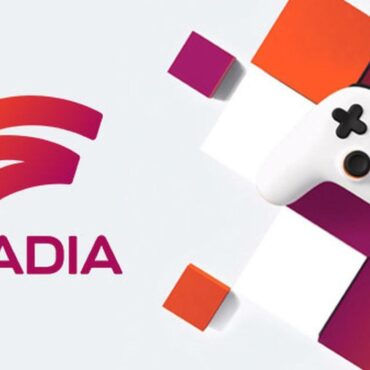 YouTube Premium members can get Stadia Premiere Edition for free

Google has quietly launched a killer deal for YouTube Premium members in the US and UK: free access to Stadia Premiere Edition, a $99 bundle that includes a Chromecast Ultra and Stadia Controller. Anyone with an active YouTube Premium subscription can claim a Stadia Premiere bundle here, and the only caveat is you’ll have to sign up for a free month of Stadia Pro. This Stadia Pro trial is cancelable at any time, and you’ll […]