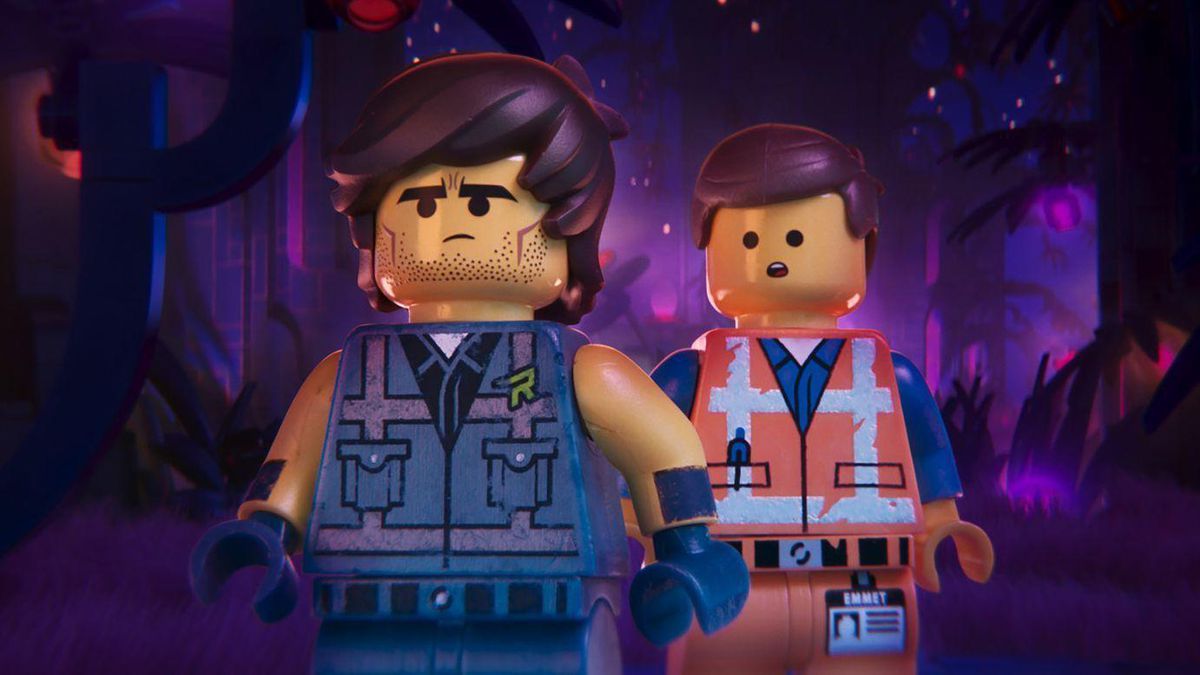 Before we get to The Lego Movie 2: The Second Part, let’s talk about Trolls. Yes, Trolls as in the vehicle for “Can’t Stop the Feeling!” by Justin Timberlake, Trolls as in the movie about the high-haired Troll dolls created by Thomas Dam that lost most of their cultural currency going into the 21st century, Trolls as in props to our pals The McElroy Brothers who actually managed to get cast in Trolls 2.

The reason I bring it up is because the movie is — improbably — pretty good, and the most notable recent work of director Mike Mitchell, who is also responsible for The Lego Movie 2.

The Lego Movie was lightning in a bottle. Despite being a film based on a toy, it was visually inventive and quirky enough that didn’t feel like an ad (though it certainly worked in that respect). The bar for The Lego Movie 2 was set high, and while the sophomore jaunt into the world of living Legos (counting The Lego Batman Movieand The Lego Ninjago Movie as side quests) doesn’t quite clear it, it doesn’t have to. Both Trolls and The Lego Movie 2 are working with stories that are, frankly, a little boring, but the paths they take are idiosyncratic enough to forgive that particular shortcoming.

With original directors Phil Lord and Chris Miller returning to co-write the script, The Lego Movie 2 still piles on the self-referential and conceptual humor, picking up a few years after The Lego Movie left off. Finn (Jadon Sand), whose daydreams the building blocks had been acting out, has grown up a little, and Emmet Brickowski’s (Chris Pratt) idyllic home has accordingly transformed into a gritty, post-apocalyptic wasteland. The Lego citizens have grown tough in order to survive a constant barrage of attacks from Duplo block invaders sent by Finn’s little sister Bianca (Brooklynn Prince), who range from cute stars and hearts to more intimidating space invaders.

There’s one other key change to the world we knew: the end of the first film crossed a few streams, revealing that the unfolding events were the product of Finn’s imagination while also granting the Lego figures a little of their own agency, using sheer force of will to move around Toy Story-style while unattended by humans. The second film reckons with the logic as storylines weave in and out of each other, and it’s not always successful.

The most immediately compelling part of the film is the relationship between Finn and Bianca, as all of Emmet’s posse — including Batman (Will Arnett) and tough girl Wyldstyle (Elizabeth Banks) — are abducted by the gruff General Mayhem (Stephanie Beatriz). Duplo Queen Watevra Wa’Nabi (Tiffany Haddish) plans on tying the knot with the Bat, and though she says it’s to bring peace to the warring nations, Emmet and company aren’t so sure, mirroring the tension between the two siblings.

If that dynamic, simple as it is (i.e. “be nice to your little sister”), is the Duplo element of the film, then the Lego counterbalance kicks in with an idea-heavy subplot that pairs Emmet with a roguish new character named Rex Dangervest — also voiced by Chris Pratt. Rex’s past triumphs (raptor trainer, galaxy defender) mirror a certain someone’s recent career arc (Jurassic World, Guardians of the Galaxy), and he even boasts “chiseled features previously hidden under baby fat.” Basically, he’s an endless supply of Pratt jokes that fit neatly into the meta-heavy world of the series. He’s also part and parcel of the film’s take on modern media.

That Finn’s Legos have all become road warriors and that a “hero” like Rex would so heavily specialize in destruction isn’t incidental so much as it is an indicator of the kind of pop culture he’s been consuming (and partially a comment on the gendered nature of a lot of toy marketing). He reflexively dismisses the joyful, glittery world that his sister has created, as well as the freewheeling (and thereby Lego-approved) ethos of Watevra (if Wa’Nabi’s name still eludes you, just sound the whole thing out). And it’s because of this that Bianca’s characters start to take on less friendly shapes, too.

The specifics get a little muddy as the film reaches its conclusion simply by virtue of how many (literal) pieces are in play — including a hysterical, self-loathing banana voiced by Ben Schwartz — though it’s hard to complain. Like an ouroboros, the movie’s stream of consciousness screenplay ends up starting to consume itself as Wyldstyle’s sidelining in the first film is addressed head-on, and the industry scrimmaging surrounding each character (Batman and the other superheroes in particular) remains a well-used weapon in the movie’s arsenal.

However, the fact that the film’s best song isn’t the “Everything is Awesome” replacement “Catchy Song” but the end credits song should say all there is to be said about the movie when it comes to the sliding scale from good to bad. It’s fine, with a few moments of brilliance (and a couple of truly unbelievable cameos). There’s no thrill in retreading The Lego Movie’s ground; rather, The Lego Movie 2excels when it feels like it’s juggling too many ideas at once — or building with too many bricks. 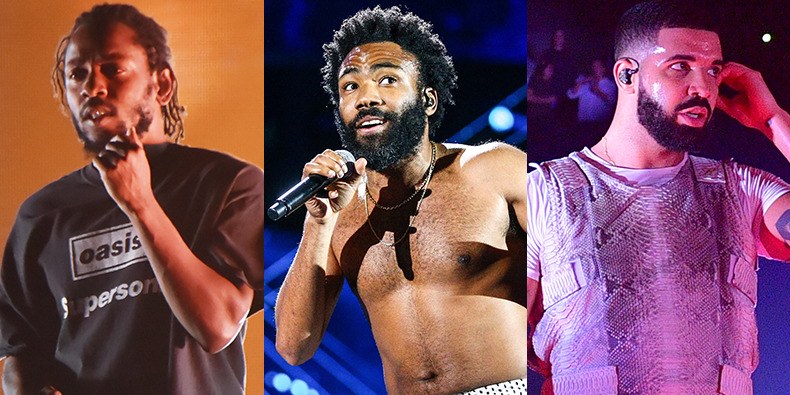 It’s unclear if any of the three artists will attend the ceremony Kendrick Lamar, Drake, and Childish Gambino all turned down performance slots at this year’s Grammy Awards, show producer Ken Ehrlich told The New York Times. The artists’ respective representatives also “declined to comment on whether they would attend the show.” Pitchfork has reached out to reps for Kendrick, Drake, Childish Gambino, and the Grammys for more information. According to Variety, Ariana Grande has also […]