You never quite know what you’re going to get from the Best Actor category each year. Sometimes it’s sewn up pretty early by an undeniably transformative performance, and it’s mostly just a walk towards inevitability (see: Gary Oldman in Darkest Hour). Other times, it’s neck-and-neck all the way up through Oscar night, as with the battle between Sean Penn (Milk) and Mickey Rourke (The Wrestler). What makes 2018 exciting is that we kind of thought the race was going one way, but then a late arrival truly shook things up.

Indeed, the early frontrunner for Best Actor this year was and has been Bradley Cooper in A Star Is Born. Cooper’s directorial debut is undoubtedly the heavyweight this season, and the actor’s soulful, nuanced performance has drawn raves from critics and audiences alike. It also doesn’t hurt that actors make up the largest voting branch of the Academy, and Cooper absolutely nailing his directorial debut is a swell narrative. The guy has been putting in the work, doing the necessary Q&A’s and rounds that make an Oscar win possible, and unless something crazy happens, he’s absolutely getting nominated.

But Cooper isn’t alone at the top anymore. This past weekend, Adam McKay’s Dick Cheney movie Vicewas finally unveiled, and everyone’s raving about Christian Bale’s transformative performance as the former Vice President. Oh yes, there’s nothing the Oscars love more than a “transformative” performance—five of the last six Best Actor winners have physically transformed themselves in a significant way for their winning roles—and Bale is an Oscar regular having previously picked up three nominations and one win. So yeah, Bale is almost certainly getting nominated, and it’s going to be a very interesting race to the finish line with these two actors leading the pack.

Coming in just behind Cooper and Bale, however, is another somewhat unexpected entry into this year’s race. Peter Farrelly’s feel-good true-story buddy comedy/drama Green Book took TIFF audiences by storm and has become a genuine contender. Viggo Mortensen plays a somewhat racist New York bouncer who is hired to drive a black musician (Mahershala Ali) through the Deep South in the 1960s, and along the way the two opposites become fast friends. The crowdpleasing film is expected to be a strong word-of-mouth hit with audiences, and Mortensen delivers an undeniably impressive turn, even if the film’s subtext about comforting the bigotry of white people is a bit troubling.

With Green Book expected to be a serious player in Best Picture and possibly even Best Director, a nomination for Mortensen feels likely. There was some question as to how Universal Pictures would be submitting Mortensen and Ali—if the two would compete against each other in Best Actor—but Ali is being submitted for Best Supporting Actor for what’s really more of a co-lead performance, so that bodes well for Mortensen and I imagine he’ll be among the nominees once those names are called in January.

But beyond these three performances, there are a number of other impressive turns that may or may not make the cut. Rami Malektransforms (there’s that word again) as Freddie Mercury in the biopic Bohemian Rhapsody, but the film’s tepid reviews and director drama don’t exactly work in his favor. That said, bad reviews don’t necessarily tank Oscar acting chances (see: Denzel Washington in Roman J. Israel Esq.), so Malek still has a solid shot at getting in.

There’s also a pair of critically acclaimed performances in small but interesting films. Ethan Hawke delivers quite possibly the best performance of his career as a troubled reverend in Paul Schrader’s challenging drama First Reformed, and Willem Dafoe is drawing strong notices for his turn as Vincent van Gogh in the unique biopic At Eternity’s Gate. The likelihood of these performances getting nominated will largely depend on how strong of an impression they make on the upcoming critics awards, which in turn will either spur Academy voters to actually watch these movies via their screeners or allow them to keep putting them off.

Spike Lee’s BlacKkKlansman is expected to make a showing with Oscar voters, though it remains to be seen just how strong of a showing that will be. The film could notch Best Picture and Adapted Screenplay nominations, and Lee could land in the Director’s circle as well. If voters really spark to the movie, I wouldn’t be surprised to see John David Washington recognized for his terrific lead performance as a black cop who goes undercover to infiltrate a local KKK chapter.

And of course there’s the Ryan Gosling of it all. Sight-unseen, Gosling was a favorite for this category this year for his role as Neil Armstrong in Oscar-winning La La Land filmmaker Damien Chazelle’s biopic First Man. However, while the film drew some strong reviews, it has since kind of fallen out of the conversation following a pretty dismal showing at the box office. I happen to find Gosling’s internalized performance to be an impressive show of restraint, but the Oscars aren’t necessarily about nuance, and even before the film faded away I was dubious that this was the kind of performance Oscar voters would flock to. Now that First Man may not even land a Best Picture nomination, it feels like Gosling is destined to be overshadowed by more “showy” performances from other contenders. But a lot can change between now and January, and it’s possible Universal has a plan to get First Manback in the conversation in this crucial next phase of the season.

Academy voters could also spring for what may or may not be Robert Redford’s final performance in The Old Man & the Gun, a film that I have a feeling may get a bit of a second wind during the critics awards phase of the season. There’s also past nominee Lucas Hedges’ strong turn in Boy Erased to consider, though that film has made a smaller splash on Oscar season than some expected. Ditto to Beautiful Boy, although Steve Carell’s powerful performance as the father of someone struggling through addiction lingers and is absolutely worthy of consideration.

Also worthy but maybe something of a longer shot is Stephan James’ soulful performance in If Beale Street Could Talk. Filmmaker Barry Jenkins’ follow-up to Moonlight is a very quiet, very restrained, very intimate film, so I’m curious to see how Academy voters take to it. Regina King feels like the movie’s best shot at an acting nod, but James and his co-star KiKi Layne do swell work as the film’s romantic leads.

On the outside looking in, it remains to be seen if Clint Eastwood’s The Mule—which, and I cannot stress this enough, Eastwood started shooting in June of this year and is now being released in December—is an Oscar contender. On the one hand, the Oscars love to acknowledge industry veterans and Eastwood has been an Academy favorite in the past. On the other hand, will voters be quick to forgive Eastwood’s atrocious The 15:17 to Paris, which also hit theaters in 2018? And if Black Panther truly is a Best Picture contender, Chadwick Boseman deserves at least a mention here.

And so that about does it. We’ve got a lot of contenders in the Best Actor race, and I could very easily see some that I’ve put further down on the list making a big splash in December to vault towards the top. Cooper and Bale still feel like the pretty firm frontrunners at this point in time, but beyond that it’s kind of anyone’s guess.

So see below for my full Best Actor predictions, in order of likelihood to be nominated. And check back tomorrow for my take on the Best Director race. 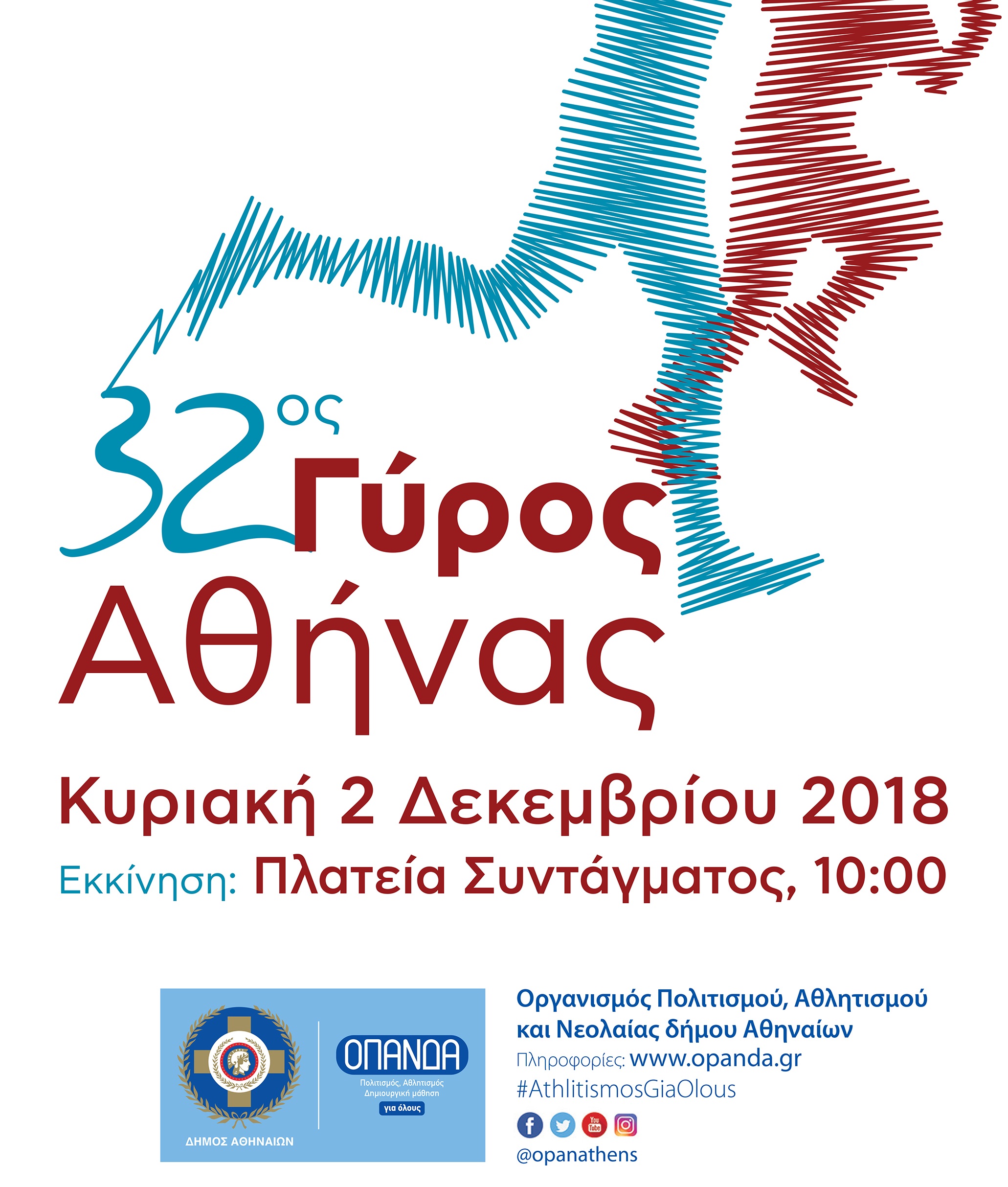 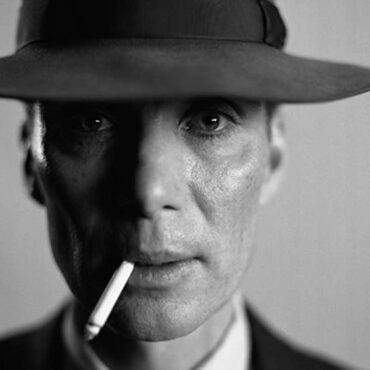