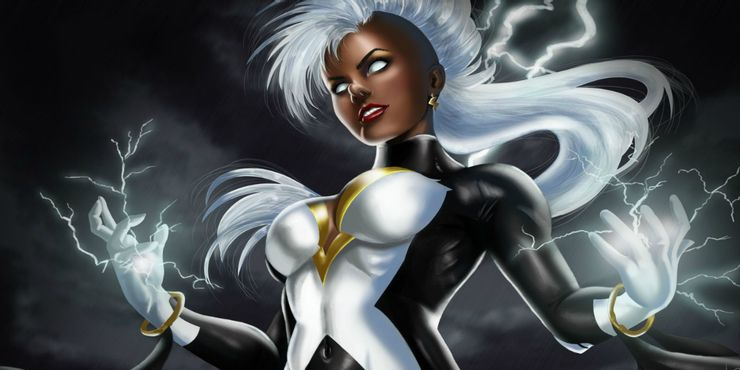 With the Fox/Disney deal in the rearview, it’s only a matter of time before the MCU debuts their version of the X-Men. As the result of a desperate business deal made back in the ’90s in order to save Marvel from bankruptcy, the company was forced to sell off the film rights to several of their most famous properties, with the X-Men ending up in the hands of 20th Century Fox. The first X-Men films were a staple of the early 2000s and undoubtedly helped to usher in the current era of the MCU, and even now with the rights in the hands of Disney and Marvel, hopefully, 20th Century Fox’s X-Men series will be remembered for the heights of movies such as Logan or Deadpool, instead of more recent outings like Dark Phoenix.

Though certain characters are synonymous with the X-Men brand, like Wolverine or Storm, neither of them actually debuted with the team back in the 1960s. The X-Men roster, much like the Avengers or the Justice League, is in constant flux in the comics. Not only are there new characters joining and leaving the team left and right, but there are also dozens of splinter groups that branch out from the original team, such as Excalibur and the New Mutants, the latter of which finally got to see their film released after years of delays.

Disney has now officially closed on a deal to buy 20th Century Fox meaning that alongside all of Fox’s original IP, the X-Men were finally returned to the hands of Marvel. Kevin Feige confirmed at last year’s Comic-Con that talks had already begun surrounding the X-Men, which means that audiences will see the team back on-screen quicker than they assume. If the MCU wants to make sure their version of the team differentiates themselves from the Fox roster, they have to put together a team that feels like an authentic first class while also being original and exciting.

Scott Summers has always been a founding member of the X-Men; a staple of Xavier’s first class since 1963. The son of “Corsair” Christopher Summers, and brother to both Alex Summers (Havok) and the villainous Gabriel Summers, Cyclops represents (or used to represent) the pinnacle of what mutant/human relations meant to Charles Xavier. A stark contrast to antiheroes in the vein of Wolverine or The Punisher, for over 40 years Scott Summers was a traditionalist leader and hero who constantly pushed the X-Men and mutantkind to be as morally upstanding as possible, in order to win over the trust of humankind. Whether or not his attempts succeeded, the fact remains that Cyclops’ leadership remains a gold standard for many of the mutants who have become leaders after him.

Marvel will more than likely include Cyclops in their flagship X-Men roster, simply because a major complaint of the Fox X-Men series was that they sidelined Cyclops in favor of spotlighting Wolverine every time. Even though Marvel Comics have been pushing him into a more villainous/morally dubious role since 2012, most fans instinctively think of Cyclops as the paragon of virtue at the heart of the X-Men. With this in mind, it would only make sense for Marvel to excite fans by making Scott Summers the leader of the MCU’s X-Men.

One of the most recognizable members of the X-Men due to her weather-manipulating powers, Ororo Munroe is also one of the most important comic book characters of all-time, as she is the first female African superhero in comic book history. Orphaned as the result of socio-political conflict in the Middle East during her childhood, Ororo spent her childhood training as a successful pickpocket in Cairo, Egypt, before traveling to the Serengeti where she is worshiped as a benevolent African goddess. It’s here that she meets Professor Charles Xavier, who convinces her to use her powers to help protect innocent lives as part of the X-Men. Ever since then, Storm has been a fiercely protective and reliable member of the team, serving as leader nearly as often as Cyclops and helping to carry Xavier’s dream of human/mutant coexistence into the future (until the X-Men abandoned that dream with the recent House of X storyline).

With the massive success of Black Panther, it seems as if superhero properties have finally begun to notice the benefit of more diverse storytelling. Because the X-Men were originally created as an allegory for marginalized people, it only makes sense for the MCU to reflect that allegory by filling out the ranks of their roster with some truly diverse choices. Storm would also be a natural choice because her globe-trotting childhood would provide an opportunity to show audiences how the rest of the world views mutantkind, as well as hint at the history of this version of the mutant gene. On top of this, Storm’s intricate history with Black Panther and Wakanda could easily be tied into her MCU origin, even if it isn’t handled the same way as the comics.

Another original First Class member, Iceman would be a great hero for the MCU to debut with; not just because of his history on the team but also because his power set is one of the most powerful and dynamic amongst the X-Men. Shawn Ashmore played Bobby Drake in the Fox X-Men films, and while he was a prominent part of X2 and X3 (with a cameo in Days of Future Past), those films never truly gave him a compelling storyline due to their emphasis on Professor X, Magneto, and Wolverine. In the comics, Bobby is a very complex character, as he’s a mutant who at first can manipulate his abilities in order to appear as a regular human being. However, later in his career as a member of the X-Men, he starts to develop a second mutation, one that threatens to turn his body into ice permanently, a phenomenon that exposes Bobby’s own deeply rooted prejudices against mutantkind. This kind of storyline would be perfect for Disney to adapt as it both deepens Bobby’s own character while at the same time building on the mutant metaphor that made the team so popular in the first place. On top of this, the comics have recently established Iceman as gay, something that could help fill out the ranks of the X-Men with more outwardly diverse heroes.

Unlike the other characters on this list thus far, Rogue was a character who saw a fair amount of emphasis on in the first few Fox X-Men films. Alongside Wolverine, she was arguably a centerpiece of the first movie, serving as the audience’s gateway into the world of Xavier’s school. They also accurately portrayed her mutant abilities on-screen, most notably her ability to absorb the life force and superpowers of anyone she physically touches. However, the MCU has a distinct advantage when it comes to Rogue’s character that Fox was never able to use: her relationship to Carol Danvers, aka Captain Marvel. Before joining the X-Men, Rogue was “adopted” and raised by Mystique, who inducted her into the Brotherhood of Evil Mutants. During her time as a villain, Rogue had a violent run-in with Carol Danvers, which ended when Rogue siphoned power away from Danvers, resulting in Rogue permanently gaining a couple of Captain Marvel’s abilities; specifically her flight, super-strength, and limited invulnerability.

Rogue would be a great choice for the starting team because her villainous past and relationship with Captain Marvel could be the perfect bridge between the established MCU and the sudden appearance of mutants. Fans have been wracking their brains for years now wondering just how the MCU might try and reconcile the existence of metahumans like the Avengers with the sudden appearance of mutants, and Rogue specifically could be used to showcase a sort of animosity or distrust of mutants among even the wider superhero community.

Another fan-favorite character due to his time as one of the original X-Men, Angel is a pretty safe choice for Disney as he’s another recognizable character that they can use for multiple films, despite his appearances in X-Men: The Last Stand and Apocalypse being poor. In terms of storytelling, Warren Worthington III would provide an interesting contrast to the existential plight of other X-Men like Rogue and Cyclops; his mutant ability is something many would consider beautiful, coupled with the fact that he comes from an affluent and well-to-do family. His relative privilege could become a point of discussion and even a major theme for the movie depending on how heavily Disney decides to lean into the mutant metaphor. His longevity across a series is also reinforced by the fan-favorite Archangel transformation, in which Warren suffers several personal tragedies that allow him to become corrupted by Apocalypse and transformed into one of his Four Horsemen, with a new costume and lethal organic-metal wings to match. It would be a great chance for Marvel to take a character that X-Men fans already know and finally give him the proper depth and character transformation he deserves.

Rounding out the MCU X-Men roster would be Nightcrawler, another character that Fox already used who would fit right at home in the MCU. Just like Iceman, Kurt Wagner’s teleportation powers would be incredibly unique to see on-screen, even though X2 provided fans with an unforgettable display of his abilities. Just like Iceman and Rogue, Kurt would provide a firsthand look at the societal obstacles that mutants have to face as the result of their powers, and his mysterious parentage could be a source of mystery for the character. Obscuring who his parents are and turning it into a source of character discovery could be a clever way for the MCU to hint at the existence of other mutants like Azazel, deepening the history of mutants in the MCU. The X-Men are one of the most iconic comic book teams of all-time, both on and off-screen, and if the MCU truly wants to set themselves apart from their predecessors they’ll make sure that their team roster is bold and daring yet familiar enough to welcome comic book fans. 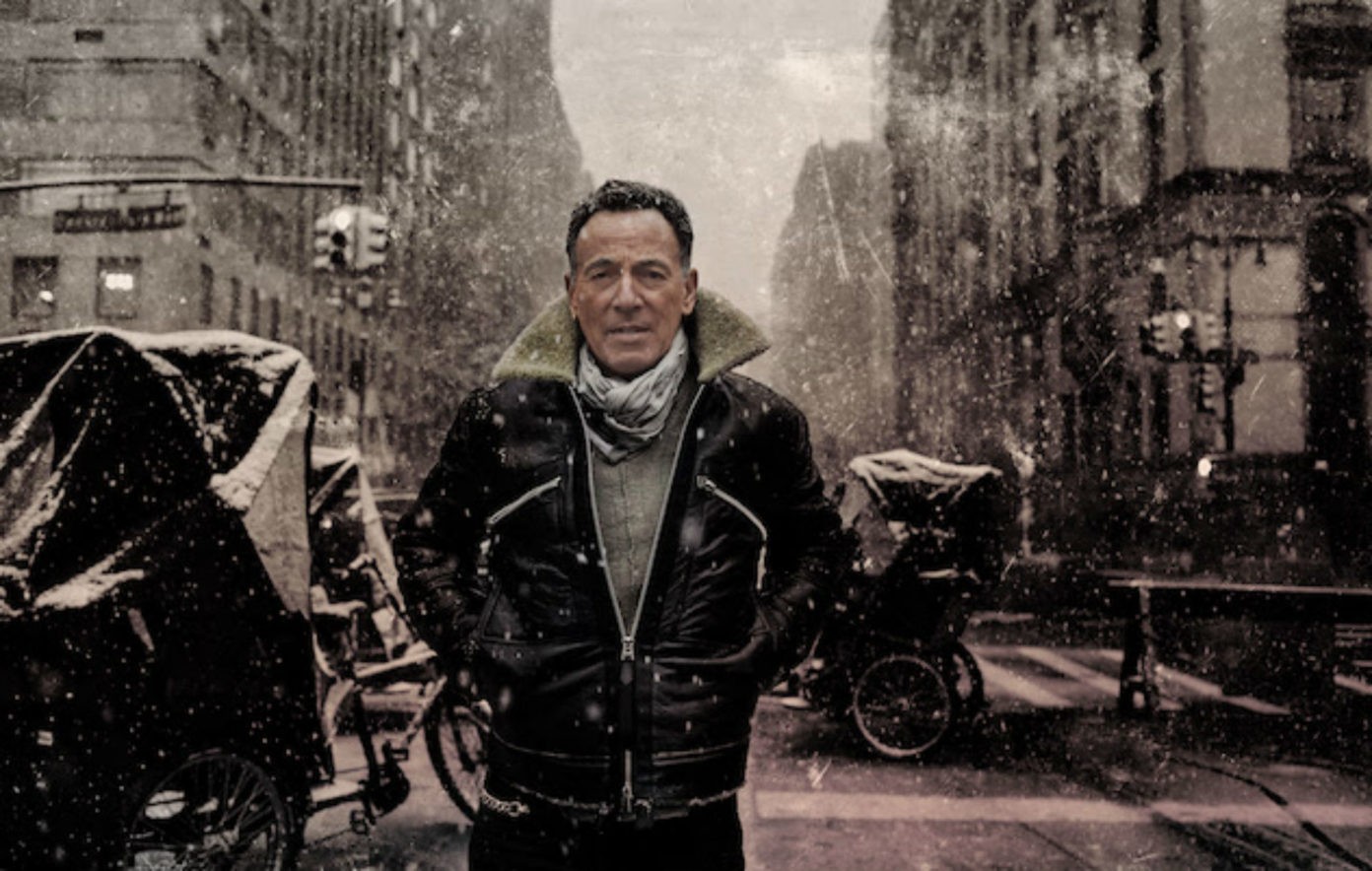 Bruce Springsteen has announced details of ‘Letter To You’, his latest album with The E Street Band. You can check out the title track in full below. The album, which is set for release on October 23, is the first to feature The E Street Band since 2014’s ‘High Hopes’. It was recorded at the US icon’s home studio in New Jersey, with Springsteen hailing it as “one of the greatest […]