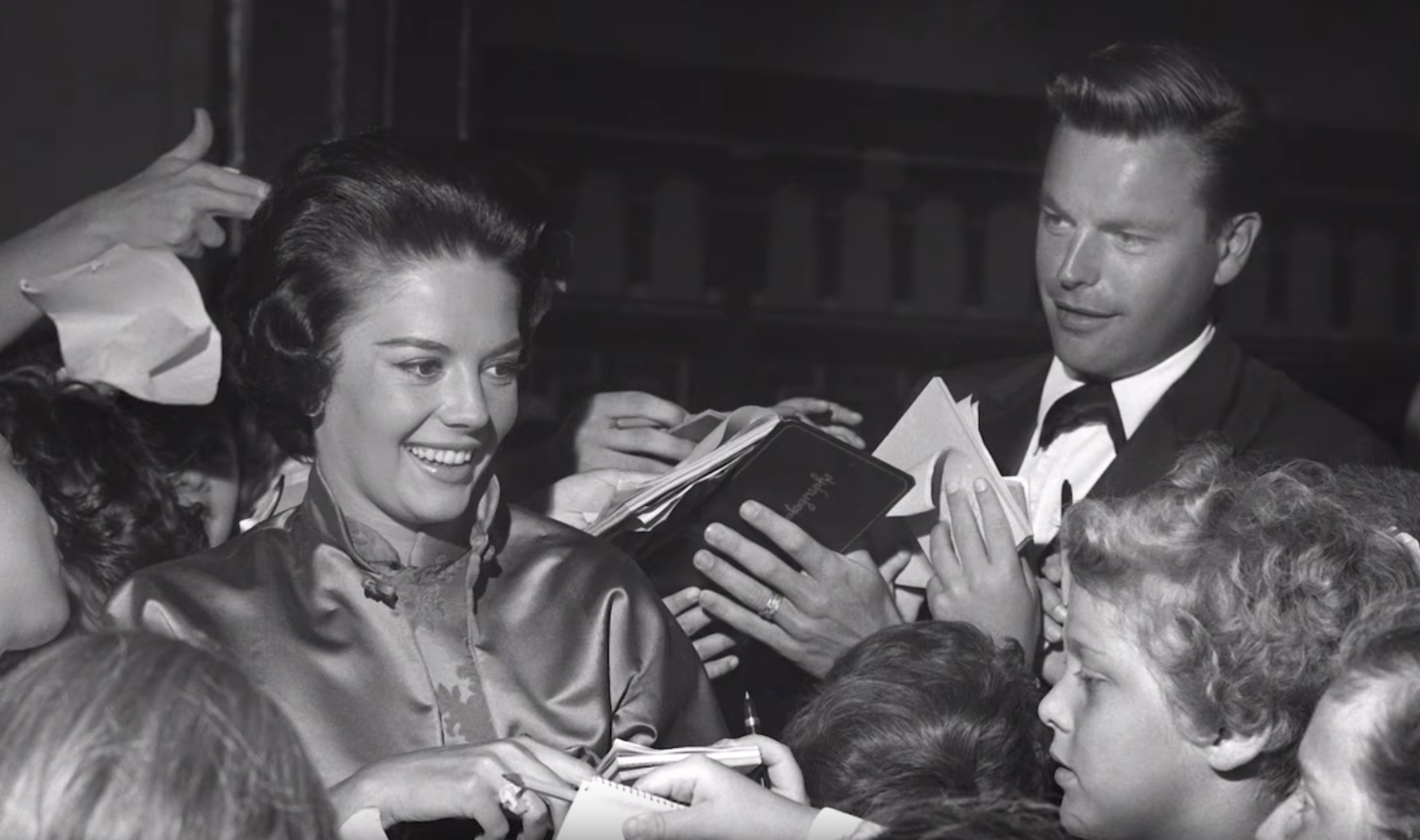 Natalie Wood’s five-decade career and personal life will be the subject of a new documentary, Natalie Wood: What Remains Behind, premiering on HBO on May 5th.

“The day my mom died, my entire world was shattered,” Wood’s daughter Natasha Gregson Wagner says in the clip; she was 11 years old when Wood drowned near Catalina Island in 1981. “Since then there’s been so much focus on how she died that it’s overshadowed who she was as a person.”

Directed by Laurent Bouzereau and produced by Gregson Wagner, the doc’s trailer features intimate footage of Wood and her family over the course of her career — from her role as a nine-year-old in Miracle on 34th Street to starring in Rebel Without a Cause and West Side Story. Wood’s former husband Robert Wagner, Courtney Brooke Wagner, Mia Farrow, Robert Redford, Mart Crowley and Elliot Gould also appear.

Several of Wood’s relationships are discussed before the trailer shifts focus to Wagner, who was married to Wood twice. “I don’t think there’s a day that has ever gone by that I don’t think about Natalie,” Wagner says in the clip.

Wood’s sister, Lana, has long been estranged from Wood’s daughters. She declined to participate in the upcoming film, telling Bouzereau to let Natasha know, “I completely understand she also wishes to keep her pain and her family’s at a minimum.”

However, Lana recently appeared on the 12-part podcast Fatal Voyage: The Mysterious Death of Natalie Wood, which aimed to solve the actress’ death. “I am not making judgments,” she recently told the New York Times. “I am not supposing. I’m not doing any of those things. I’m simply looking at facts. Natalie didn’t swim. Her fear of dark water was deeply ingrained.” Chris Hemsworth reunites with the Russo brothers in Netflix’s Extraction

There’s a small Marvel reunion happening in Netflix’s new thriller Extraction, which stars Chris Hemsworth as Tyler Rake, a mercenary, and boasts Anthony and Joe Russo brothers as producers, with the latter having written the script. The new trailer for Extraction reveals there’s more to the film than meets the eye, as Rake, whose latest job is to rescue the kidnapped son (Rudhraksh Jaiswal) of an imprisoned international crime lord, discovers extraction isn’t the end […]