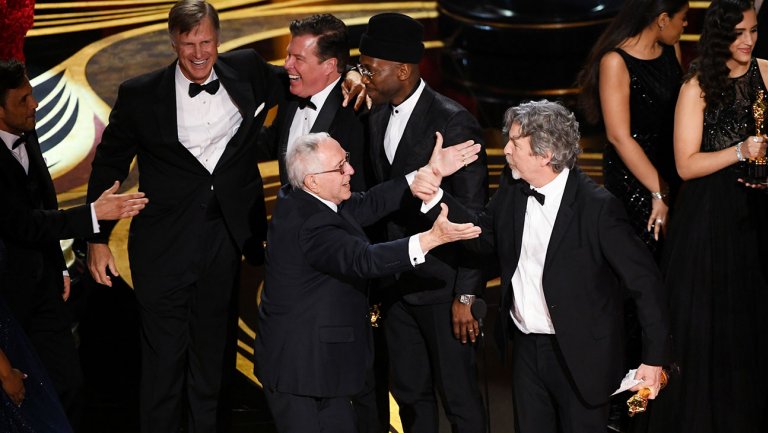 share close
email
Preliminary figures have ABC’s broadcast up a little bit from 2018’s all-time low.
The 2019 Oscars delivered small year-to-year gains in Sunday’s early ratings.ABC’s broadcast of the awards posted a 21.6 rating/36 share in metered-market households, up about 14 percent over the early figures from a year ago.

Should those gains hold when more complete ratings come in, the Oscars would be in line to pull down about 30 million viewers. That would still be the second-smallest audience on record; prior to last year the previous smallest audience was 32 million in 2008.

Sunday’s broadcast clocked in at 3 hours, 19 minutes, 35 minutes shorter than last year’s show. Along with not having a host, the show did not feature any montages or mid-telecast comedy bits.

The early improvements for the Oscars are ahead of other major awards shows this year. Both the Golden Globes and Grammy Awards were fairly steady year to year, although the Grammys hit a low in the 18-49 demo.

More complete ratings, including for the adults 18-49 demographic, will be available later Monday. This post will be updated as those numbers come in. 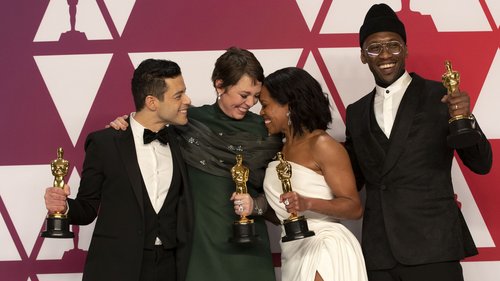