13 Moments That Prove Arya Stark Should Be Queen

We know Daenerys is on a mission to regain the Iron Throne, and we think she’s totally capable. But we also think Arya Stark has a real shot at being queen too. She’s a warrior. She’s been knocked down so many times but she always keeps fighting. We’d gladly live under her rule. Here are some reasons why we all need to bow down to Arya:

1. She knows how to use a sword, so no one will mess with her.

4. She’s wise beyond her years.

5. Jaqan H’ghar knew she was special.

7. If she’s queen she could finally reunite with Jon Snow.

8. She’s Ned Stark’s daughter – and that still counts for something.

9. She wouldn’t be a frivolous queen.

10. She was against Joffrey from the beginning.

11. Watching her train to be a faceless man is kinda like watching Superman discover his powers.

12. She spent enough time with The Hound to smell B.S. from a mile away.

13. After all she’s been through, she deserves to boss people around. Get ‘em with that sass, gurl! 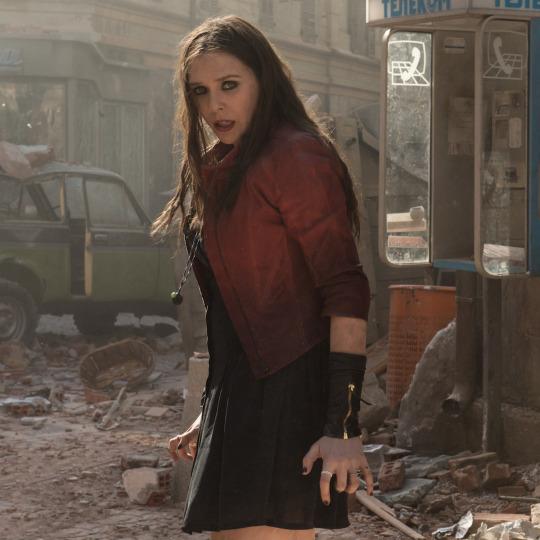 Black Widow gets all the headlines. Marvel’s resident super-assassin has had her honor besmirched twice now by Jeremy Renner; she’s still suffering from an extreme lack of merchandise compared to her fellow Avengers; and most importantly, she still hasn’t gotten her own standalone Marvel movie. But we have a suggestion that might avoid all of these controversies: Give Black Widow’s mystical counterpart and the newest Avenger, the Scarlet Witch, her […]