Just like last year’s iPad, this year’s model is still the best tablet at its price point for watching videos, playing games, reading emails, and browsing the Web. But by adding Pencil support and extolling the device’s virtues for educators, Apple has tried to position this new release as an entry-level machine not just for consuming content but for creating it.

In 2017, iPad sales grew year over year for the first time since 2013. Obviously, Apple improved the iPad Pro by introducing a 120Hz display, but it might have been that year’s low-end, $329 iPad—which we had good things to say about—that finally started to move the needle upward.

This year’s edition is almost exactly the same iPad. The price point, display, design, camera, and most of the internals are identical. The only substantial changes are Apple Pencil support and an upgrade to the A10 processor that Apple used in the iPhone 7 and iPhone 7 Plus.

The fact that this tablet is great for consumption is old news, and there’s not much more to be said on that topic. Nothing has changed on that end. But does the new iPad really offer enough to entice schools and artists to use it to create amazing things?

In terms of specs and internals, the star of the show is the A10 processor. It’s less than two years old, and it’s still in a sweet spot for running recent apps. The A10 has four cores—two high-performance and two efficiency—and only two can be powered at any given time. It’s only about 20-percent slower than Apple’s latest phones or the iPad Pro in single-core benchmarks, though it’s about 40-percent slower in multi-core tests. We found that it is about 30-percent faster than the A9 chip in its immediate predecessor.

As far as storage goes, the iPad is offered in both 32GB and 128GB configurations. It can be purchased with LTE support or as a Wi-Fi-only device. The A10 chipset offers faster LTE speeds than we saw in the A9. This model has the same battery that its predecessor did—32.9WHr.

This iPad supports Touch ID, but it’s the first-generation version, which is a little bit slower to respond than the second-generation Touch ID that was introduced with the iPhone 6S. I’m not thrilled with that, as I found the first generation to be a bit frustrating. That said, you’re not usually going to have to use Touch ID as frequently as you would on a phone, so it’s not a big deal.

Ports include a 3.5mm headphone jack on the top and a Lightning port on the bottom. This model has stereo speakers on the bottom (the iPad Pro has a better speaker configuration).

For the first time in a non-Pro iPad, we have Apple Pencil support. An iFixit teardown found the same two Broadcom BCM15900B0 touchscreen controller chips previously seen in the iPad Pro.

Finally, there’s the display; it’s the same 2048×1536-pixel display 9.7-inch iPads have had since the iPad Air. It’s still good for the price, but it doesn’t cover the entire P3 wide color gamut like the iPad Pro; it’s 60Hz to the iPad Pro’s 120Hz, has a lower maximum brightness (we measured it at around 420 nits), and it doesn’t support any HDR standard. It also doesn’t support Apple’s TrueTone technology, which is meant to change color temperature to match the environment to reduce eye strain. The pixel density is the same as the iPad Pro, though, at 264 PPI.

There’s an air gap between the display and cover glass, and it’s not laminated the way the Pro’s display is. The difference in appearance here is somewhat subtle and hard to describe; it basically means that the image doesn’t appear as seamlessly on the surface of the device as the image on the iPad Pro. Few people will complain about that, but it does have some consequences for Apple Pencil use—more on that shortly.

Last year, Apple discontinued the iPad Air 2, which was thinner. Today you’re just choosing between this iPad, the two new iPad Pro models, and the woefully out of date and poorly priced iPad mini 4. As it stands, the Pro models offer a newer design, faster performance, and notably improved displays. For most users, that’s not enough to justify a significantly higher price, but the Pros will likely be updated soon, increasing the gap. The iPad mini 4 is slower and more expensive than this new iPad, making the mini a very unattractive purchase unless you really need that smaller form factor.

This iPad is indistinguishable from its 2017 predecessor, which was nearly indistinguishable from the iPad Air. Dimensions are the same across all three devices. That means 9.4-inches×6.6-inches×0.29-inches (240×169.5×7.5mm). Weight varies slightly depending on whether you purchase the LTE or Wi-Fi-only version. The Wi-Fi one weighs 1.03 pounds (469g). The LTE one is almost imperceptibly heavier at 1.05 pounds (478g).

I feel the design is starting to look just a little dated. It’s just a bit heavier and thicker than I’d like, and the bezels take up a lot more of the device’s front compared to those on the iPad Pro—though that’s not always a completely bad thing, as tablets can be awkward to hold otherwise. It does mean less screen real estate, which is a concern for art applications and using the Apple Pencil.

It’s hard to complain at $329, though. It would be silly to expect the cutting edge at that price point.

Serviceability matters, especially for the education market Apple wants—kids break stuff, after all. The good news is that sticking with the air-gapped panel makes it easier for people to service the screen than it would be with the iPad Pro. But that’s it for the good news. This device is otherwise basically unserviceable.

We’re also disappointed that this iPad doesn’t have the Smart Connector found on the iPad Pro, which allowed for a physical connection to Apple’s keyboard peripheral. That’s especially frustrating given that it’s positioned as an education device; the keyboard is still sold separately, which is a real problem for schools, and only Bluetooth keyboards are supported.

It’s difficult to say much else about this design that hasn’t already been said in the past five years. It was great in 2013, and it’s good for the price now. 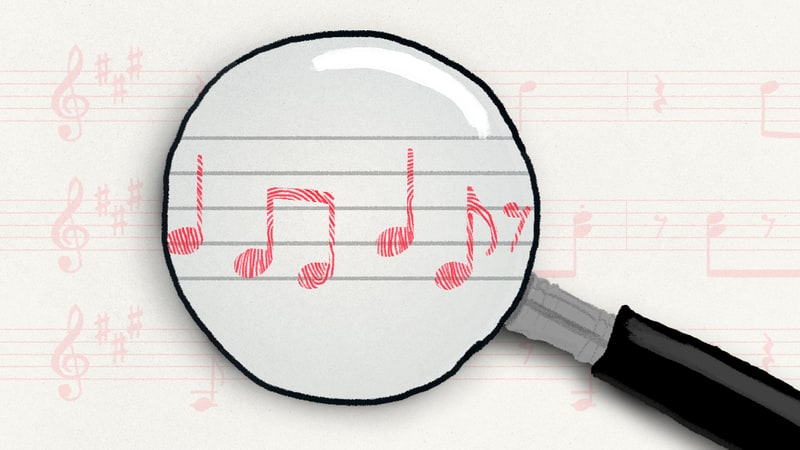 Beyond ‘Blurred Lines’: How Forensic Musicology Is Altering Pop’s Future

When a jury decided in March of 2015 that Robin Thicke, Pharrell William and Clifford "T.I." Harris were guilty of copyright infringement in lifting elements of their song "Blurred Lines" from the Marvin Gaye classic "Got to Give It Up," the estate of Marvin Gaye grew several million dollars richer. But according to some industry insiders, the "Blurred Lines" verdict – which was upheld by an appeals court in March […]