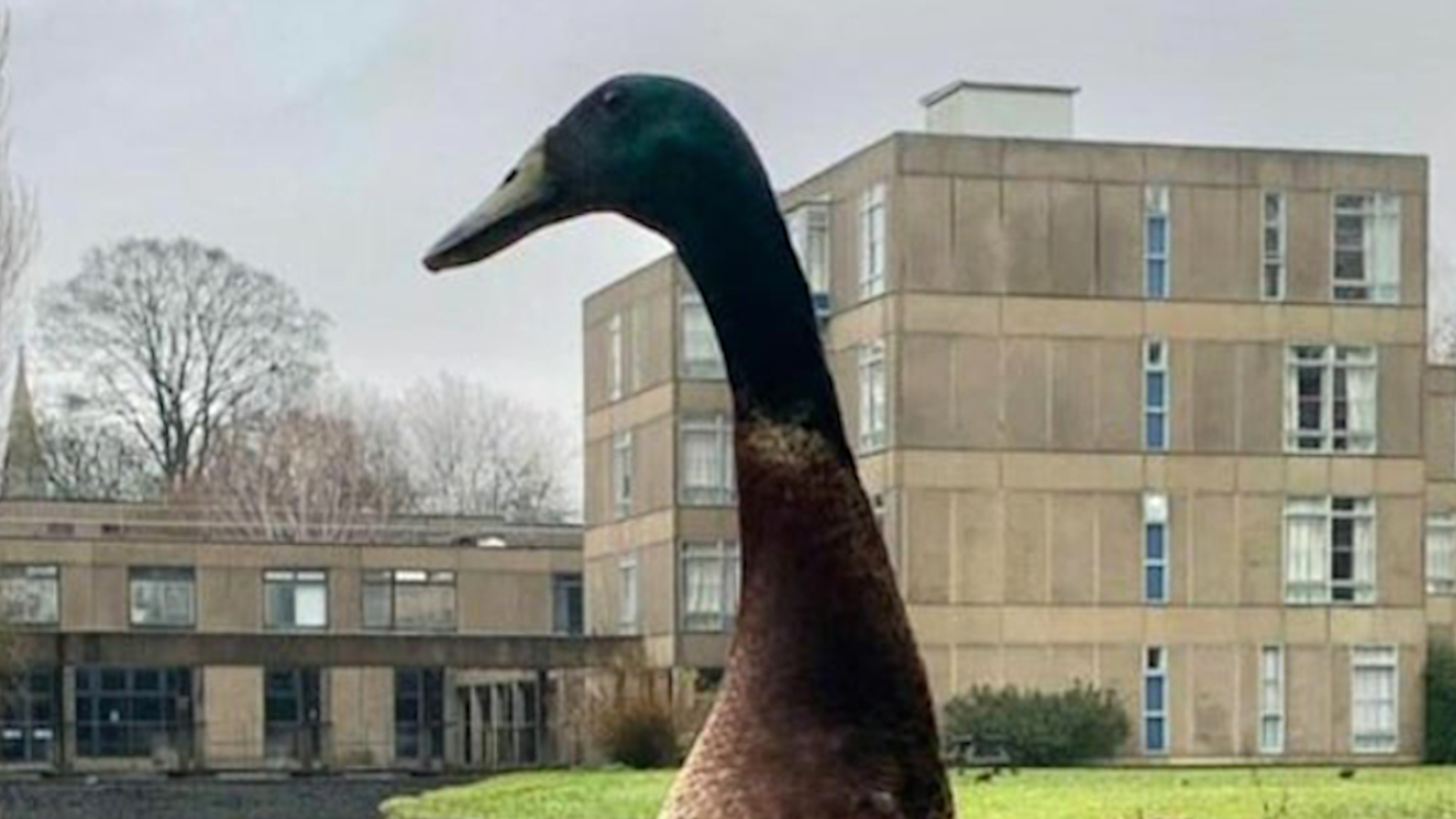 Long Boi the duck certainly is long, but he may not be the longest boi.

On Thursday a photo of a duck that lives near University of York in England — and dubbed Long Boi by some adoring students — went viral after a tweet claimed that he was “The tallest mallard duck to have ever lived (since records began).”

The claim, which seems to have stemmed from Reddit, is unfortunately not true, which Snopes was quick to point out.

Long Boi is not a full mallard, according to the duck’s Instagram account; he is actually a cross between a mallard and an Indian Runner, which is a larger species of bird. The Twitter caption also claims that Long Boi stands over “1m tall (3.5ft)” tall. But the University of York students who run Long Boi’s Instagram account (who said they wanted to remain anonymous because “long boi is truly the star of the show”) told HuffPost via Instagram that they measured the fowl.

He is only 70 centimeters (about 28 inches) tall, according to the students. And sure, mallards are typically 24 inches in length, but Long Boi is half Indian Runner — and they grow to be about 32 inches high.

Snopes also found that there is no database that tracks the height of mallard ducks.

Yet, despite all this, people still had a lot of fun with Long Boi’s viral photo ― and the false information.

Long Boi has had a real underdog, er, underduck story as well. The students who run his fan account told HuffPost that Long Boi just appeared on campus a few years ago and they “believe he was abandoned here as an unwanted pet.”

“When we first saw him he didn’t really fit in with the other ducks and was shunned by them a bit,” they said.

The students said they began feeding him because he used to hang out near their dorms. And it seems like the nurturing helped.

“Now he has really flourished and integrated with the others,” they told HuffPost. “He’s quite friendly and loves being fed by visitors … in fact our on-campus shop even stocks bird seed specifically for all the waterfowl.”

Thanks to the bird’s stature and more outgoing personality, Long Boi became a sensation on campus. And in 2018, the duck got his own Instagram account.

“We thought it would be fun to share his photos on Instagram for others to see,” the students said. Now other Long Boi fans contribute their photos to the duck’s account.

A class-action lawsuit has been filed against Samsung for providing ‘defective’ glass on the camera of its flagship series, the Galaxy S20. According to the law firm Hagens Berman, Samsung has ignored a widespread defect prevalent on the Galaxy S20 series of smartphones where the protective glass on top of the camera module shatters unexpectedly during normal use Samsung is being accused of fraud, breach of warranty, and violations of […]