After the poor box office results for “Alien: Covenant,” Ridley Scott might never return to the franchise.

While the future of Ridley Scott’s “Alien” franchise on the big screen remains unclear, details about the intended next film, “Alien: Awakening,” are coming into focus. As part of Empire Magazine’s special “Alien” anniversary issue (via AV Club), the publication confirmed screenwriter John Logan, who co-wrote “Alien: Covenant” with Dante Harper, has already finished writing “Awakening” and the film is now waiting to be made. Empire even spilled the beans on the next sequel’s plot.

Following the events of “Covenant,” in which it was revealed the android David (Michael Fassbender) caused a genocide on the planet Paradise that wiped out the Engineer population, “Awakening” would find a group of Engineers who survived the mass murder making it their mission to exact revenge and kill David. The Engineers were first introduced in “Prometheus” and are humanity’s forerunners. The fight was expected to bring both parties to LV-426, the planet featured in Scott’s original “Alien” where Sigourney Weaver’s Ripley first encountered the Xenomorphs.

The plot description for “Awakening” indicates Scott was planning to bring the entire franchise full circle with his next installment. Whatever went down in the battle between Fassbender’s David and the remaining Engineers would probably give rise to the Xenomorph population Ripley eventually encounters. The sequel would also bring Fassbender back for his third “Alien” movie. Whatever people may think of Scott’s prequel films, Fassbender’s performance has been the most acclaimed element.

Unfortunately, the probability of “Alien: Awakening” ever becoming an actual film is low. “Covenant” was a box office bomb for 20th Century Fox when it was released in summer 2017, as it only grossed $74 million opposite a production budget near the $100 million mark. While the film’s international gross brought its worldwide total to $240 million, there was an alarming drop in interest in the franchise from moviegoers.

Following the release of “Covenant,” Scott opened the kidnapping drama “All the Money in the World.” Whether or not “Alien: Awakening” happens, Scott will stay busy with projects such as “Gladiator 2” and “Battle of Britain” in development. 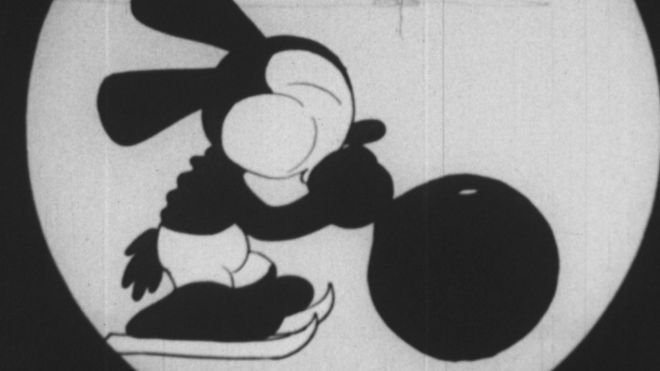 One of Walt Disney's earliest films has been discovered in Japan. An anime historian had the cartoon for 70 years before he realised it was one of seven lost films. The two-minute short features Oswald the Lucky Rabbit, a precursor to Mickey Mouse. Yasushi Watanabe, 84, bought the film from a toy wholesaler in Osaka when he was a teenager, paying only ¥500 (£3.45 at current exchange rates). Originally called […]