If you had any doubt that Blue Ivy is a mini-me version of Beyoncé, this recent Instagram should clear things up. Bey, who’s celebrating her fourth Mother’s Day as a mommy, shared two side-by-side photos: one throwback to the ’80s in which she’s standing with her mom, Tina Knowles, and a second where she’s with Blue. The similarities between the two are only accentuated by the fact that they’re sporting similar hairstyles, center-parted pigtails for Beyoncé and center-parted pigtail topknots for Blue.

Sending love to Mothers around the world.

“Sending love to Mothers around the world,” the 33-year-old singer captioned the photo, which she shared with her 32.3 million followers on Sunday. The post captured 776,000 likes (and yes, we assume some of those likes were due in part to Mama Tina’s killer 1980s look comprised of shoulderpads, a studded belt and shoulder-grazing earrings).

Other celeb moms also took to Insta to give thanks to their children with adorable #ussies and share how they celebrated the day, while famous daddies also used the platform to honor the mothers of their children.

The queen of selfies shared a sweet shot with North West and Kris Jenner, writing, “Everything I will teach my daughter you taught me first!”

Everything I am I owe it all to you mom! Everything I will teach my daughter you taught me first! Thank you mom for being there for me & loving me unconditionally! I love you so much!! Μια φωτογραφία που δημοσίευσε ο χρήστης Kim Kardashian West (@kimkardashian) στις Μάι 10, 2015, 12:26μμ PDT

She followed it up with another cross-generational pic of her grandmother with baby North.

I feel so blessed that my daughter gets to grow up knowing my amazing beautiful grand mother. Life is all about memories so take lots of pics and cherish all of the good memories! #HappyMothersDay

Nick Cannon and Mariah Carey may have split, but he gets major points for this gushing post of mom (whom he calls “atrue #Queen“) playing dress-up with Roc and Roe.

Gotta represent for the Mother of my children. She is such a wonderful, thoughtful, festive, loving and nurturing Soul. I will forever be in debt to you for blessing me and the rest of the world with Roc & Roe. A true #Queen Will love you always @MariahCarey #HappyMothersDay   Μια φωτογραφία που δημοσίευσε ο χρήστης Nick Cannon (@nickcannon) στις Μάι 10, 2015, 3:47πμ PDT

Share by email Clearly, Jessica has passed her good hair genes on to her kids.

Word to the wise: Grab a tissue before reading the full caption on this photo of Vanessa Lachey and baby Brooklyn.

Dear Brooklyn, I have waited my whole life to be your Mama. This is our first Mother’s Day together and I will cherish it and every one after. I will cherish every moment we have together. Every smile, laugh and tear. I am you and you are me. I will forever and always be your Mama. I am honored and blessed to call you mine. I promise to always try and give you my best self. I promise to Love you, listen to you and respect you. I will always forgive you and hope you forgive me because we will make mistakes together. On this Mothers Day, I want to thank YOU and your brother for allowing me to find myself and my heart and realize what this life has in store for us as a family. Your Daddy and I love you both very much… today and EVERY day. Happy Mother’s Day to all the Mamas out there! (📷 @rhondadentphotography Brooklyn Elisabeth Lachey at 2 weeks old)   Μια φωτογραφία που δημοσίευσε ο χρήστης Vanessa Lachey (@vanessalachey) στις Μάι 10, 2015, 1:30μμ PDT

First, check out this Polaroid of Eva Amurri Martino’s daughter Marlowe Mae then scroll down …

Thank you for choosing me, you sweet, strong, and beautiful girl. I love you with all my heart! #MothersDay

… to see this equally adorable Polaroid of Amurri Martino with mom Susan Sarandon back in the day.

Happy Mothers Day, and THANK YOU! To my beautiful, smart, and loving Mama who made it all possible. I love you!!!   Μια φωτογραφία που δημοσίευσε ο χρήστης Eva Amurri Martino (@4evamartino) στις Μάι 10, 2015, 8:55πμ PDT 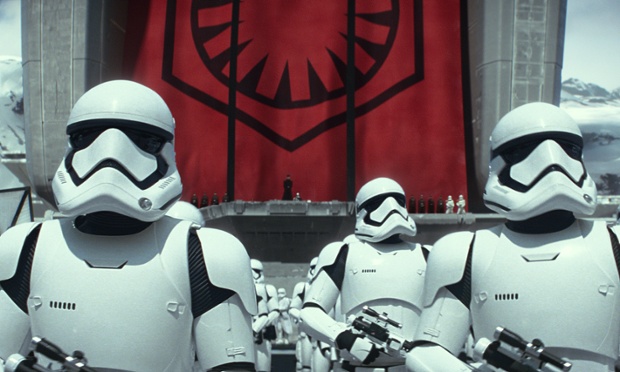 JJ Abrams’ Star Wars: The Force Awakens is only seven months away from cinemas, and despite the film-maker’s reputation for holding his cards close to his chest, details are beginning to emerge. Thanks to the magic of the internet (and the magazine’s own leaks) we’d learned from the new issue of Vanity Fair thatLupita Nyongo’o plays a CGI pirate, Adam Driver is weird, lightsaber-wielding villain Kylo Ren, and JJ Abrams […]