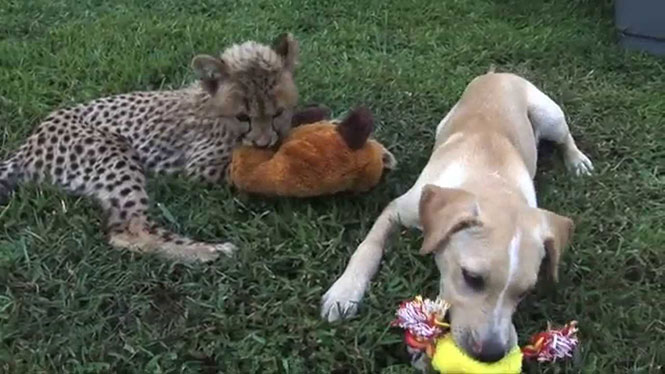 In the category of viral videos this week, this one is undoubtedly the most adorable! A cheetah cub named Kumbali and a lab mix puppy named Kago form the cutest friendship ever.

According to the Metro Richmond Zoo, when Kumbali was two weeks old, animal caretakers noticed he was losing weight. So they removed the cub from the rest of the litter to bottle-raise him in an effort to boost his weight and reintroduce him to his family. Kumbali steadily gained weight and is doing much better since workers pulled him from the litter.

However, cannot be re-introduced his family because at his current age his mother would most likely consider him a threat. Kumbali was in need of a companion and for over thirty years dogs have been used as companion animals to cheetahs.

An animal rescue organization called the Art of Paws generously donated a 10-week-old Kago to the Zoo to be Kumbali’s companion. After slowly introducing the two, they quickly became friends! According to the Metro Richmond Zoo, they don’t even seem to recognize their differences in species, size, or color.

The zoo posted an adorable YouTube video of the pair less than a week ago, and it’s already gotten over 1.8 million views! 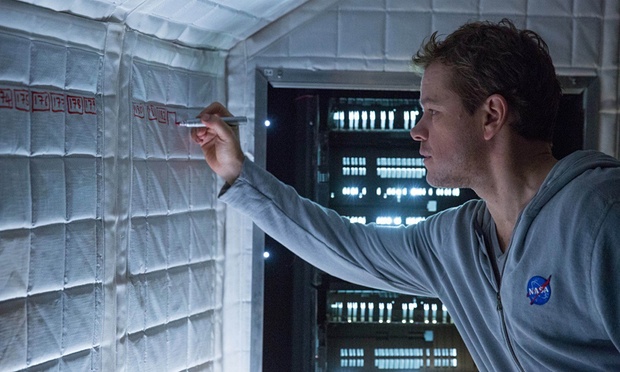 US box office: The Martian soars into blockbuster territory as Pan plummets

The Martian, Ridley Scott’s space thriller about an astronaut left behind on Mars when a mission to the red planet goes horribly wrong, has officially entered blockbuster territory after posting $37m in its second week at the US box office. The impressive haul means Scott’s film now has a total of $108.7m in North America alone and a stellar $227.7m worldwide. Starring Matt Damon, Jessica Chastain and Chiwetel Ejiofor, The […]