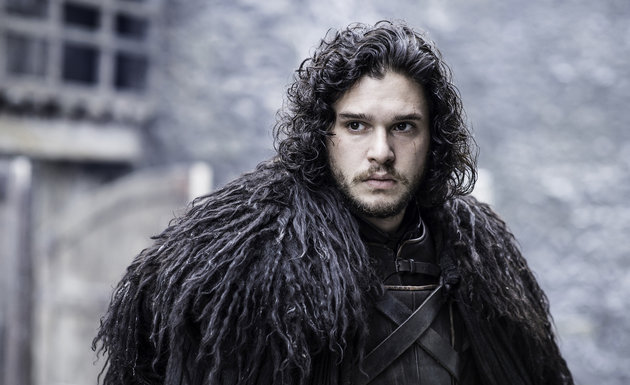 Snow doubt about it.

For years, fans have speculated that Jon Snow’s true parentage isn’t what it seems — that is, he’s the bastard son of Ned Stark and an unknown lowborn woman. In Sunday night’s “Game of Thrones” Season 6 finale, we finally got the evidence we deserved.

(Sorry, Ned. You are not the father.)

But who’s the daddy?

We don’t actually have 100 percent confirmation that it’s Rhaegar Targaryen, but, c’mon. Duh. He supposedly “kidnapped” Lyanna and took her on the run. The Tower of Joy scene happens about a year after that. (According to science, that’s long enough to have a baby.)

He’s likely the dad. Thanks, science!

ALL HAIL THE KING IN THE NORTH!

In Season 3, ‘Silicon Valley’ Finds its Heart and its Groove

In HBO’s “Silicon Valley,” Zach Woods plays Jared, a drone at a tech megacorporation who leaves his job to be the CFO for his friend’s startup — a little company named, ridiculously, Pied Piper. Jared’s real name is Donald, but when his former boss Gavin Belson (Matt Ross), a power-obsessed narcissist, calls him by the wrong name at work, the new name sticks with his mostly mean-spirited coworkers. The indignity […]