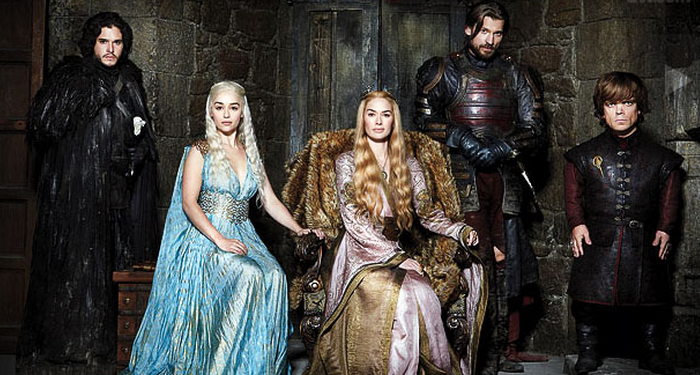 HBO’s most-watched series, the medieval fantasy drama Game of Thrones, is likely to continue through three more seasons, a network executive said on Thursday, as he defended the show’s gritty violence.

The sixth season is now being filmed.

Executives have planned to run at least seven seasons and are discussing with the show’s creators how much longer the show will extend beyond that, according to Michael Lombardo, president of HBO programming.

“They are feeling two more years after six,” Lombardo said at a Television Critics Association meeting.

Lombardo said he’d like to have more beyond that and would also be open to a prequel to the story of the epic battle for the Iron Throne in the fictional kingdom of Westeros, based on George RR Martin’s A Song of Ice and Fire books.

This year, Game of Thrones hit 20 million viewers on average for its fifth season, which received 24 Emmy nominations including a best drama nod. The series also generated controversy for a brutal rape scene and burning of a child.

Lombardo defended its graphic depictions as part of the story and said he supported show the show’s creators, Dan Weiss and David Benioff.

“This show has had violence as part of its many threads from first episode,” he said. “There are no two showrunners more careful about not overstepping what they think the line is.“

The fifth season also ended by killing off one of its lead characters and fan favourite, Jon Snow, but viewers have been speculating that the character will return – not that Lombardo was giving away anything on Thursday.

“Everything I’ve seen, heard and read, Jon Snow is dead,” he said.

Game of Thrones this year also helped launch HBO’s standalone streaming service HBO Now, where viewers can watch HBO programming at any time without a cable subscription, as television continues to move toward on-demand viewing.

Lombardo told Reuters he was happy with HBO Now’s rollout but would not reveal subscriber numbers. He also said marketing had become more challenging amid an explosion of critically acclaimed shows.

Viewers of HBO, a unit of Time Warner Inc, routinely tune in Sunday nights, but other days are less certain, he said.

“I worry about that all the time,” he said. “Particularly with a digital platform and on-demand where things are available, I think quality will ultimately win out.” 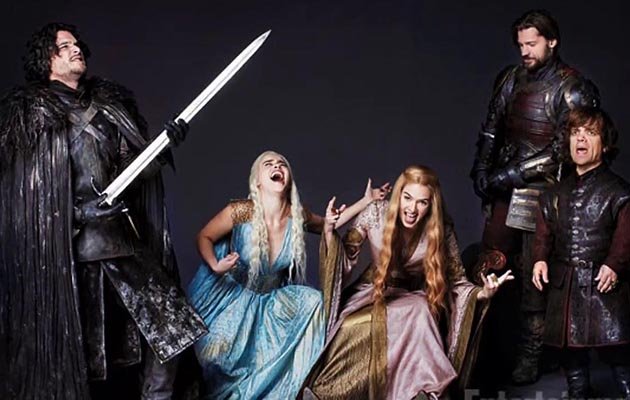 1. Not having read the books because they’re too big, Charles Dance (Tywin Lannister) was told his character was going to die by a fan. 2. Dance also appeared in the Ali G movie, Ali G Indahouse, in which he wore a red PVC skirt and a leopard print top. Lovely. 3. Iwan Rheon (Ramsay Snow) made it down to the last two when auditioning for the role of Jon […]