Game of Thrones season five may have reached its brutal conclusion just last week, but chatter has already turned to what the sixth series may have in store.

Casting has already begun for fresh faces, with several as-yet-unseen characters from George RR Martin’s books rumoured to be making their introductions next year.

One new character, discovered by fansite Watchers on the Wall, is described as a “beautiful, intense and magnetic” young priestess in her 20s or 30s, but not much else was known about her until an audition video leaked online.

The clip, which has now been taken down, reportedly showed British actress Tehmina Sunny reading the part of a red priestess named Kinvara, who visits Tyrion Lannister and Varys in Meeren.

Viewers will recall chief Iron Throne contender Daenerys Targaryen flying off to the city on her not-so-imaginatively-named dragon Drogan last season. Alas, she never made it back, and an extract from the scene suggests that a) it might be a while until she does and b) the Lord of Light R’hllor has singled her out for glory, which may or may not be a good thing.

Here’s a snippet of the dialogue, first published on i09.com:

Kinvara: “Her dragons are fire made flesh. A gift from the Lord of Light. But you’ve heard all of this before, haven’t you? On the Long Bridge of Volantis? The dragons purify nonbelievers by the thousands, burning their sins and flesh away.”

Tyrion/Varys: “Ideally, we’d avoid purifying many non-believers. The Mother of the Dragon has followers from many different faiths.”

Kinvara: “I will summon mummers and appoint priests. They will spread the word. Daenerys has been sent to lead the people against the darkness … for this war, and the Great War yet to come.”

Varys: “That sounds excellent. A man named Stannis Baratheon was appointed as the Chosen One by one of your priestesses. He too had a glorious destiny. He attacked King’s Landing, and was soundly defeated by the man standing beside me. Last I heard, he’d been defeated again. This time at Winterfell … and this time for good.”

The Game of Thrones season five finale ended in trademark dramatic fashion with long-time favourite Jon Snow being brutally stabbed on his return to The Wall. Stannis Baratheon also met his grisly end and Arya Stark was blinded as punishment while with the Faceless Men.

Season six is expected to reach our living rooms around April next year. Details are scarce at this stage, particularly as the world awaits George RR Martin’s next book The Winds of Winter as the TV show has finally caught up with his novels, but here’s what we know so far. Just don’t kill the Khaleesi! 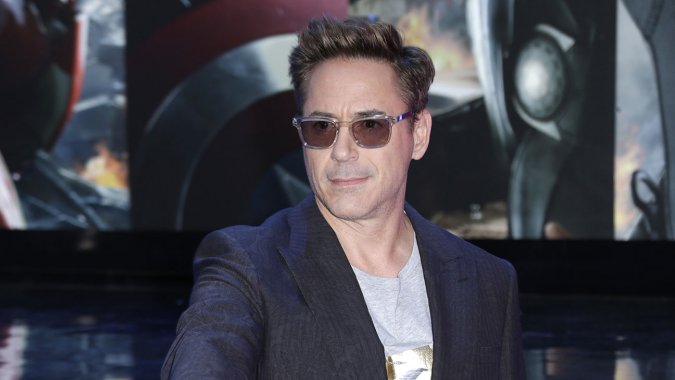 Robert Downey will possibly star as the charismatic mastermind behind dozens of multi-million dollar schemes. Warner Bros. has preemptively picked up the film rights to book proposal Chasing Phil: The World’s Greatest Con Man, Two Undercover FBI Agents, and Their Amazing Around The World Adventure for Team Downey, Robert Downey's production company. The book, written by David Howard, is based on the true story about the FBI’s first foray into […]