In Season 3, ‘Silicon Valley’ Finds its Heart and its Groove

In HBO’s “Silicon Valley,” Zach Woods plays Jared, a drone at a tech megacorporation who leaves his job to be the CFO for his friend’s startup — a little company named, ridiculously, Pied Piper. Jared’s real name is Donald, but when his former boss Gavin Belson (Matt Ross), a power-obsessed narcissist, calls him by the wrong name at work, the new name sticks with his mostly mean-spirited coworkers. The indignity of it doesn’t quite get Jared down, though there is a pained exchange late in season two when it appears that another Jared may join the company. Instead of reverting to his original name, his coworkers declare that he will be named “Other Jared,” or “O.J.” for short. “You should be flattered,” says Gilfoyle (Martin Starr). “O.J. Simpson is one of the most recognizable people on the face of the planet.”

In the penultimate episode of the season, “Daily Active Users,” Jared made a decision that essentially commits fraud against his own team. He contracted with a “click farm” in Bangladesh to manufacture stats that would make Pied Piper look like it was doing better than it actually is. It was a move of desperation; without the appearance of more daily active users, Pied Piper was flirting with dissolution, after three seasons of struggling to keep it solvent, proprietary, and functional. This last hurdle was out of the team’s control — legally, at least.

As fans of the show know, Jared’s the unfailingly optimistic, constantly upbeat member of the team, so good-natured and loyal that he is more like a puppy than a programmer. That cheer seems to come at the cost of at least some of his sanity — in addition to occasionally making statements about how his skeleton lives in the home of his body and spending 30 hours in a row subsisting on Adderall and Red Bull, Jared has a weird tendency to yell in German in his sleep — but it’s also genuine. Jared has no ego; he doesn’t even have his own name. He can’t commit fraud out of self-interest because he doesn’t even have self-interest.

But while Jared likes doing the right thing, he loves Pied Piper. His team, and their mission, means everything to him. So when push comes to shove, he spends his own money to fund fake statistics to keep the dream alive a little longer. He cared so much that he did a bad thing; one with potentially terrible consequences for the company. There is something funny to that story, and something sweet, too. But mostly, it’s devastating.

In Sunday’s finale, “The Uptick,” founder Richard (Thomas Middleditch) figures out Jared’s secret before Jared confesses it with a lot of embarrassment and shame. But with money on the line, Richard is loath to let the rest of the world in on their sad user problem, and tries to convince Jared that under his leadership, they’ll figure it out. Jared says to Richard, with all the pathos of a jilted lover: “Don’t weaponize my faith in you against me.” Richard responds, with something between desperation and appreciation: “Your faith made all of this possible.”

When “Silicon Valley” first debuted in 2014, much of its appeal appeared to be a long-awaited uncovering of the modern tech scene; a satire that would follow up co-creator Mike Judge’s earlier, beloved work, 1999’s “Office Space.” (Judge co-created the show with John Altschuler and Dave Krinsky, and co-showruns the show with Alec Berg.) And for the first two seasons, that’s what it was: The primary thrust of the show was in revealing what people like this might actually do in the improbable atmosphere of Silicon Valley. The wealth of the tech scene in the Bay Area is staggering; the only thing more stunning than the money is just how few people have a piece of it. “Silicon Valley” painstakingly created the hyper-logical, emotionally stunted, extended adolescence of the tech scene, and derived much of its humor from marveling at it.

And it was funny, but to my mind, the show felt a little sterile. “Silicon Valley” was very cynical about both the purported altruism and the purported innovation of the tech world, and that cynicism pervaded the show’s aftertaste; it was hard to root for characters who seemed just as rapacious as the world they were in. The characters that “Silicon Valley” follows are not any different from the hordes of programmers, investors, and product managers who make up the Valley, which means that they are just as prone to the sexism and elitism that pervades the scene. Just as Silicon Valley itself seems consistently detached from the consequences of the new world they are creating, the show has held the audience a bit at arm’s length as it’s gone about world-building. Especially as season one gave way to season two, it did not feel that the viewer was being invited to invest in the concerns of the characters.

Season three has been different. It began on an unexpected character beat, revealed at the very end of season two; Richard narrowly avoided a copyright claim from tech giant Hooli (loosely based on Google) only to discover he was being fired as CEO of his own company. The celebrations of the leftover employees of Pied Piper devolved, in the season three premiere, into a sudden struggle for loyalty between the team. Startups are not unlike bands, and in season three, the focus of “Silicon Valley” has been less about the unique foibles of this part of the world and more about what keeps this particular set of people together.

There’s plenty of self-interest in that equation — Dinesh (Kumail Nanjiani) and Gilfoyle admit to piggybacking on Richard’s vision because they’re not good enough coders to do it themselves — but there’s more, too; a solidarity that feels like an attempt to create a pocket of sanity in a chaotic world. With Richard knocked down a peg, the Pied Piper team became, more or less, on equal footing. And in their shared bumbling as they attempt to keep both their team and their product alive with at least some integrity intact, “Silicon Valley” has become one of the most vital half-hours on television. With this season, the show is digging into not the niche experience of playing the big time in Silicon Valley but the shared experience of being an employee at a place that is subject to economic forces well outside your control. And though that’s hard, something “Silicon Valley” is realizing in this season is that it can also be pretty incredible.

In the second season finale, the Pied Piper team has to keep a livestream running in a server farm that is overheating so quickly it’s catching fire. In the middle of this chaos, Erlich (T.J. Miller) threatens to sell the house that they live and work in, muttering “good riddance” at the panicking team. Jared, plugging two power strips into a third extension cord, laughs softly: “You’re never gonna sell.” Erlich, prone to both profanity and obscene metaphors, makes a strident case for how he will, in fact, sell the property. Jared says, “I can always find another job. But look at us, doing this. It’s intoxicating. Don’t act like it’s not magical! It is!” Gilfoyle then punches a hole in the wall, to shorten the cable run to the servers. Jared can’t stop smiling.

I don’t want to be so facile as to say that “Silicon Valley” pivoted from dry satire to heartwarming comedy; the show’s humor is still as arid as the Mojave. But magnifying the Jared of it all has introduced a note of joy to the show — the satisfaction of teamwork, of building something interesting together. That little injection of passion raised the stakes of “Silicon Valley” just enough to elevate it from purely sharp cynicism to a story with an emotional center. This season, as our team has had something to lose, the corporate acrobatics of the Valley took on new resonance. Richard and Erlich discovered the depths of their barely articulated friendship, as both sabotaged and then re-invested in each other. Dinesh and Gilfoyle remain unable to admit that they are best friends, but at least bickered about it extensively for an entire episode.

Sunday’s finale ended the season on the exact same note that it began; the team sits around their worktable, barely eking out survival, drinking beers and playing Dinesh’s “always blue” game. A lot has happened to our little crew, but in true sitcom fashion, the core’s remained whole (if altered). Maybe it’s cliché for this show, or any show, to double down on the appeal of camaraderie. But it’s also very human. Silicon Valley didn’t get to where it is because of dick jokes and billions of dollars. This scene happened because of groups of people like these, playing with the bits and bytes that just happen to have the power to change the world. 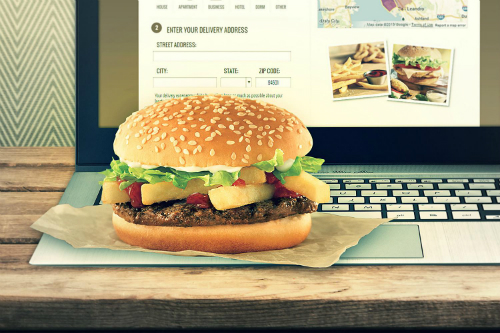