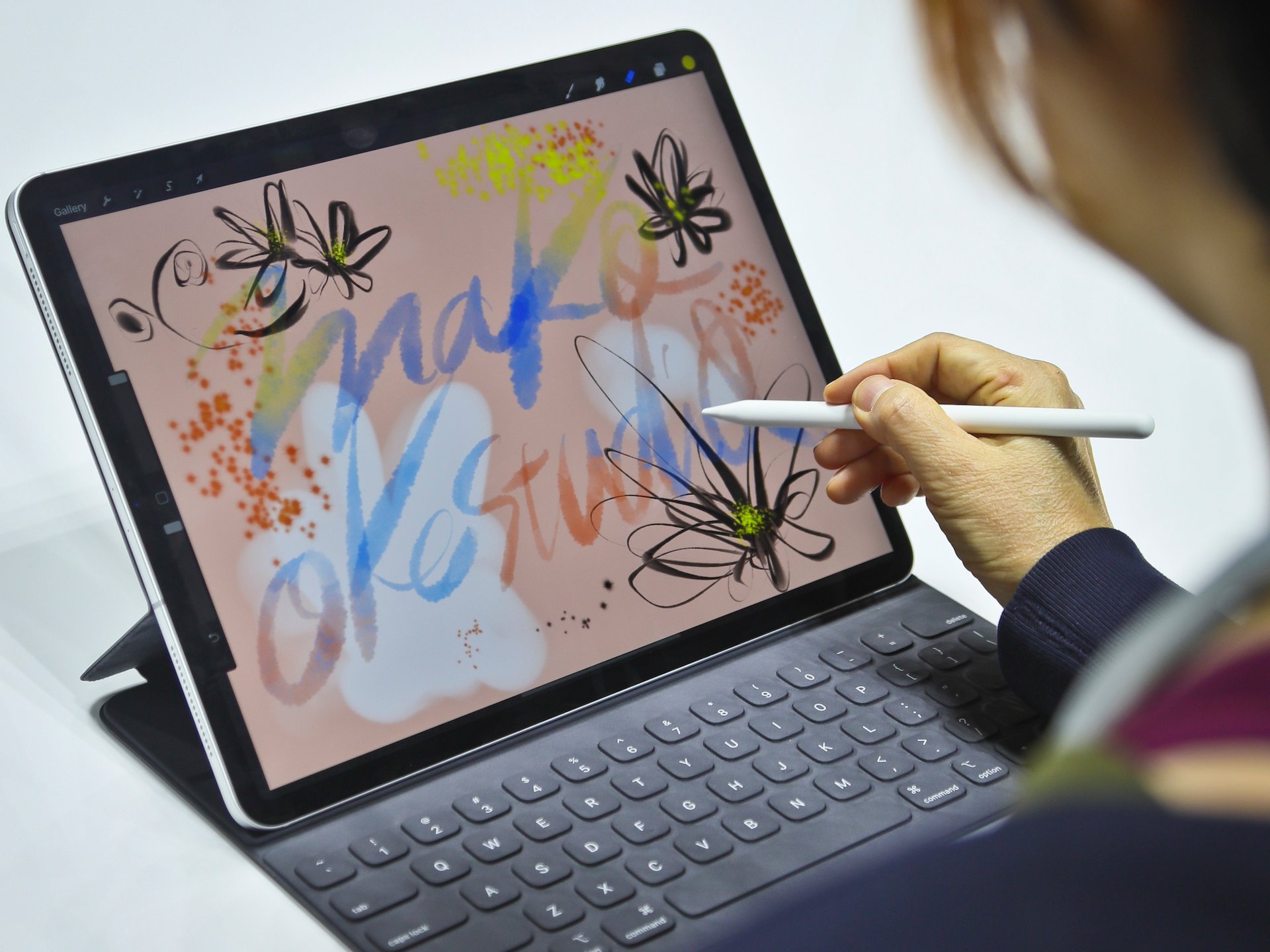 The first wave of Apple iPad Pro reviews published on Monday, and so far, they’re mixed.

It seems as though Apple’s powerful new tablet, which starts at $799, is a beautifully designed device with new futuristic features like USB-C charging and Face ID, but it’s not quite a total replacement for your laptop just yet.

Most reviewers noted that the iPad Pro is an incredibly fast and powerful device, but it lacks a few essentials — like a full desktop web browser or the ability to connect a mouse — that would make the iPad Pro more like a PC.

Mashable: “There’s no question the new iPad Pros, with their spankin’ boxier design and slimmer bezels, are beautiful slabs of glass.”

The Verge: “Instead of rounded corners and soft shapes, the iPad Pro is all hard corners and flat sides, with massive, asymmetrical antenna lines on the back and a huge camera bump. Most people I showed our space gray review unit to thought it looked cool, but I think it’s kind of brutal looking — almost like a reference design.”

TechCrunch: “The camera bump on the back does not cause the iPad to wobble if you lay it flat on a counter and draw. There’s a basic tripod effect that makes it just fine to scribble on, for those who were worried about that.”

iMore: “What’s gone is the 3.5mm headphone jack. Yeah, deleting the bezel also deleted the jack that was previously cased inside. Pushing the LCD and LED backlight so close to the edge, and making it as thin as they did, left zero room for a big old plug. Unlike with iPhone 7, where Apple included a 3.5mm adapter in the box to ease the transition, no such accommodation has been made for iPad.” 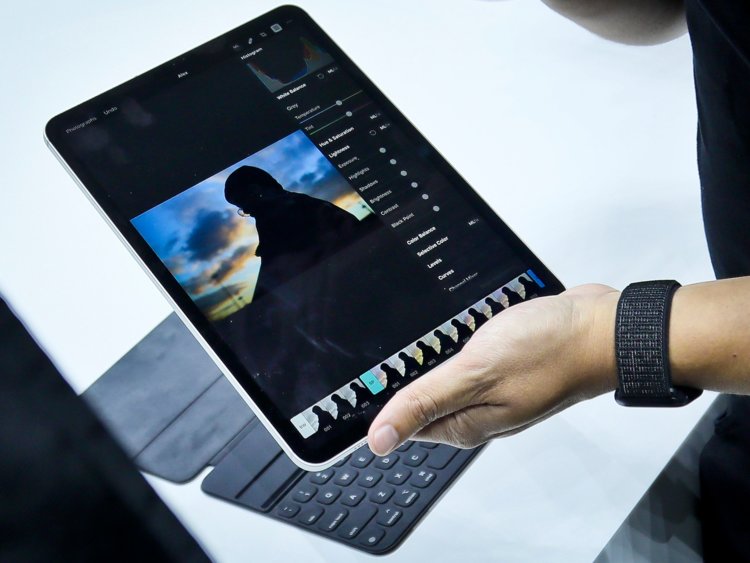 Wired: “The Liquid Retina LCD displays are huge, stretching 11 or nearly 13 inches, depending on which model you choose. They’re gorgeous and packed with pixels.”

Mashable: “The display itself is arguably Apple’s best LCD in a device ever, even better than the iPhone XR’s screen in my opinion. While it lacks any kind of 3D Touch pressure sensitivity or Haptic Touch vibrational feedback, the Liquid Retina display is still stunning from all viewing angles.” 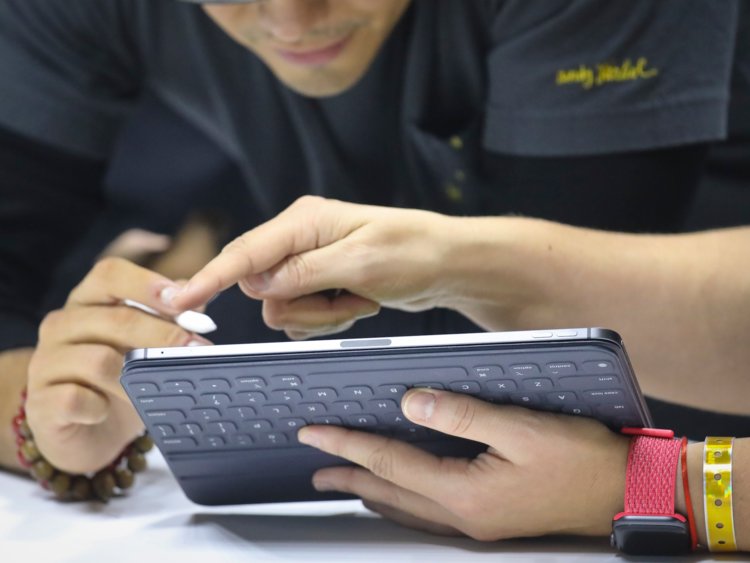 Washington Post: “The $130 Apple Pencil stylus, available since the original, also joined in the makeover. An artist friend, who drew me a quick illustration on the new Pro with an app called Procreate, raved about its increased responsiveness. The bigger news for me is that the Pencil magnetically snaps to one side of the squared-off iPad Pro edge for storage and charging, giving me more of a fighting chance to not lose it.”

TechCrunch: “Drawing and sketching with the new Pencil is lovely, and remains a completely stand-out experience that blows away even dedicated devices like the Wacom Cintiq and remains a far cut above the stylus experience in the Surface Pro devices.” 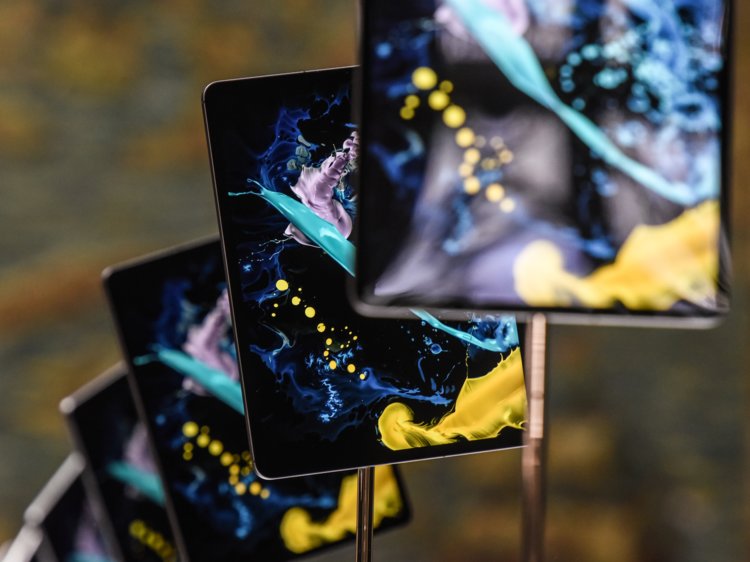 CNET: “Face ID feels like a better fit for tablets, and even better for laptops, but Apple hasn’t introduced it to Macs yet. I had to bend over or lift the iPad up occasionally for logging into an app, or paying for something on iTunes. That’s where Face ID can get annoying over Touch ID. Also, Face ID is only designed for one user.”

Wired: “From time to time, my hands would sometimes accidentally block the Face ID camera when I held it in landscape (widescreen) orientation. And if I’m lounging around, my face may also be out of view.”

Tech Radar: “The good news is that the iPad Pro 11 does indeed possess a half-decent camera on the back, with the 12MP sensor capable of taking more than acceptable low-light photos, with rich enough detail when zoomed in. The larger display does make a good viewfinder too, and if you’re doing something scientific or technical then you’ll have some good-quality visual data to work with.”

The Verge: “You do get the benefit of Apple’s Smart HDR processing, so you’ll see flatter images with more detail in the shadows than before, but the images are not quite as good as the iPhone XS wide-angle camera.”

TechCrunch: “Interestingly, this new camera system does notdeliver portrait mode from the rear camera, like the iPhone XR. It only gives you portrait from the True Depth camera on front.” 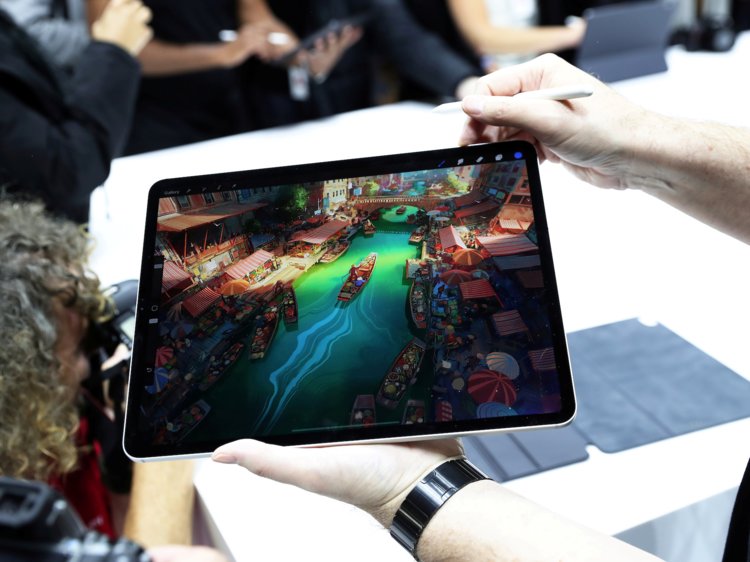 TechCrunch: “The overall performance of the A12X on this iPad Pro though, is top notch. Running many apps at once in split-screen spaces or in slideover mode is no problem, and transitions between apps are incredibly smooth.”

Washington Post: “Inside the new iPad, there’s also a new A12X chip Apple says is more powerful than 92 percent of laptops available on the market. It was robust enough to handle any processing task I sent its way, including editing and sorting through thousands of photos in Adobe’s Lightroom.”

Tech Radar: “In our testing we found that the new iPad Pro 11 was capable of going beyond 24 hours, still plugging away well into the next day despite a lot of heavy activity as we tried to test the limits of the device.” 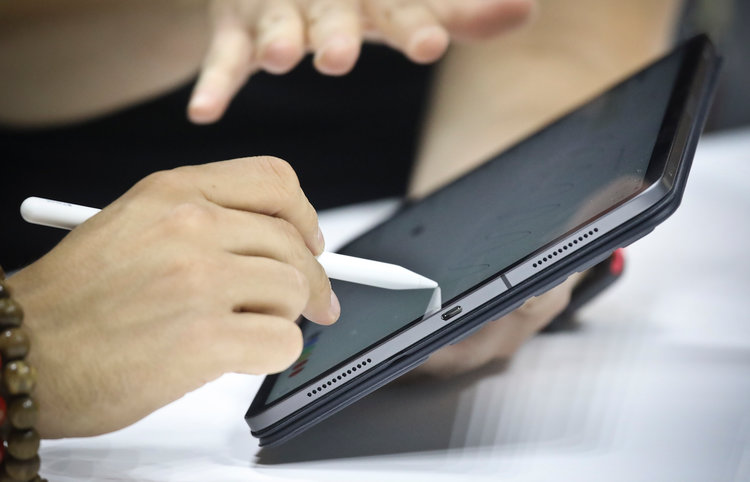 Engadget: “Aside from briefly outlining a few use cases for USB-C during its launch event last month, Apple hasn’t really explained how else people can expect to use it, making my time with the Pro one long trial-and-error session.”

The Verge: “… one extremely important category of devices will definitely not work: iOS does not support external storage. You can plug as many flash drives or hard drives as you want into the iPad Pro’s USB-C port, and nothing will happen. Apple says third parties can write apps to talk to external storage, but out of the box, this $1899 tablet simply won’t talk to a flash drive.”

Whether the iPad Pro can replace a laptop 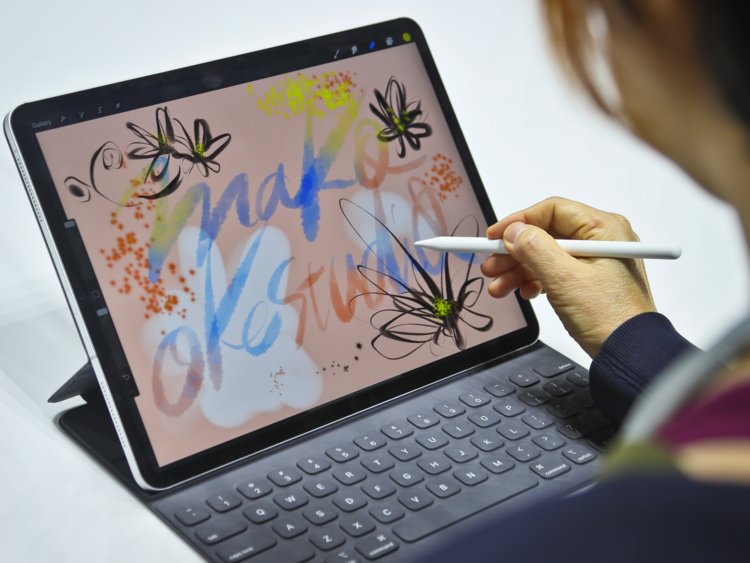 CNET: “The browser is not the same as a desktop-level experience, which can make it hard to work with web tools. No trackpad on the optional keyboard and no support for mice makes text editing cumbersome. Furthermore, iOS hasn’t changed enough. It’s way too much like an evolution of the iPhone, instead of a fully evolved computer desktop. And the current crop of available apps don’t yet exploit this awesome new hardware.”

The Verge: “… either you have to understand the limitations of iOS so well you can make use of these little hacks all over the place to get things done, or you just deal with it and accept that you have to go back to a real computer from time to time because it’s just easier.”

Wall Street Journal: “Of all the iPad’s limitations, none drives me crazier than the browser. Even on a 12.9-inch display, Safari still renders mobile websites—many of which trigger the opening of an app. That’s not good because too many app developers, including Google, still treat the iPad like a big phone. This is a laptop-size device in need of a laptop-quality browser.” 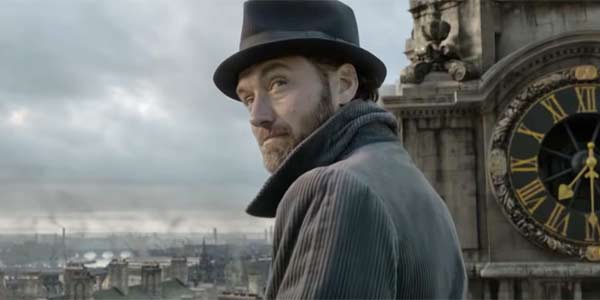 The First Crimes Of Grindelwald Screening Has Happened, Here Are The Early Reactions

Most of us will get to see Fantastic Beasts: The Crimes Of Grindelwald when it officially hits theaters on November 16. However, a lucky few fans were able to see the movie early thanks to an advance screening at Universal Studios Hollywood and their first reactions to the second flick in the Fantastic Beasts franchise are overwhelmingly positive. In fact, one person even gave Crimes Of Grindelwald a huge vote of confidence in her […]