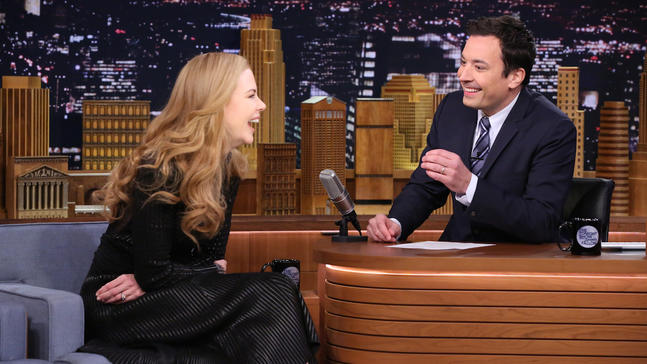 “Wait! What?” said a shocked Jimmy Fallon after finding out he had blown a chance to date Nicole Kidman.

When the actress stopped by “The Tonight Show” on Tuesday to talk about her new movie “Paddington,” Fallon brought up the one time he had met her before. As he recalled it, Kidman had come over his apartment to talk about a potential movie role, but the actress had a much different story. Her version of the meeting made Fallon fall out of his chair and had everyone turning red. (Guys, Nicole Kidman confessed she “liked” Jimmy Fallon.)

Both Fallon and Kidman are married now with kids — Kidman is with country music star Keith Urban and Fallon is with producer Nancy Juvonen — so things seem to have worked out for the best. We still can’t help but wonder what would’ve happened if Fallon had refrained from breaking out the video games though …. 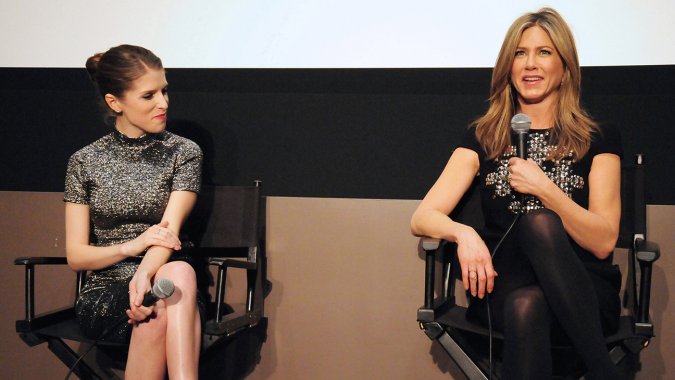 Seated at the front of Lincoln Center's Francesca Beale Theater, Jennifer Aniston and Anna Kendrick reflected on the joys of making independent film, particularly amidst the big-budget projects in which they frequently appear. "We approach our work the same, by doing as honest and true of a job to what the character it is," said Aniston to an audience that had just seen her turn as pain-ridden Claire in the […]