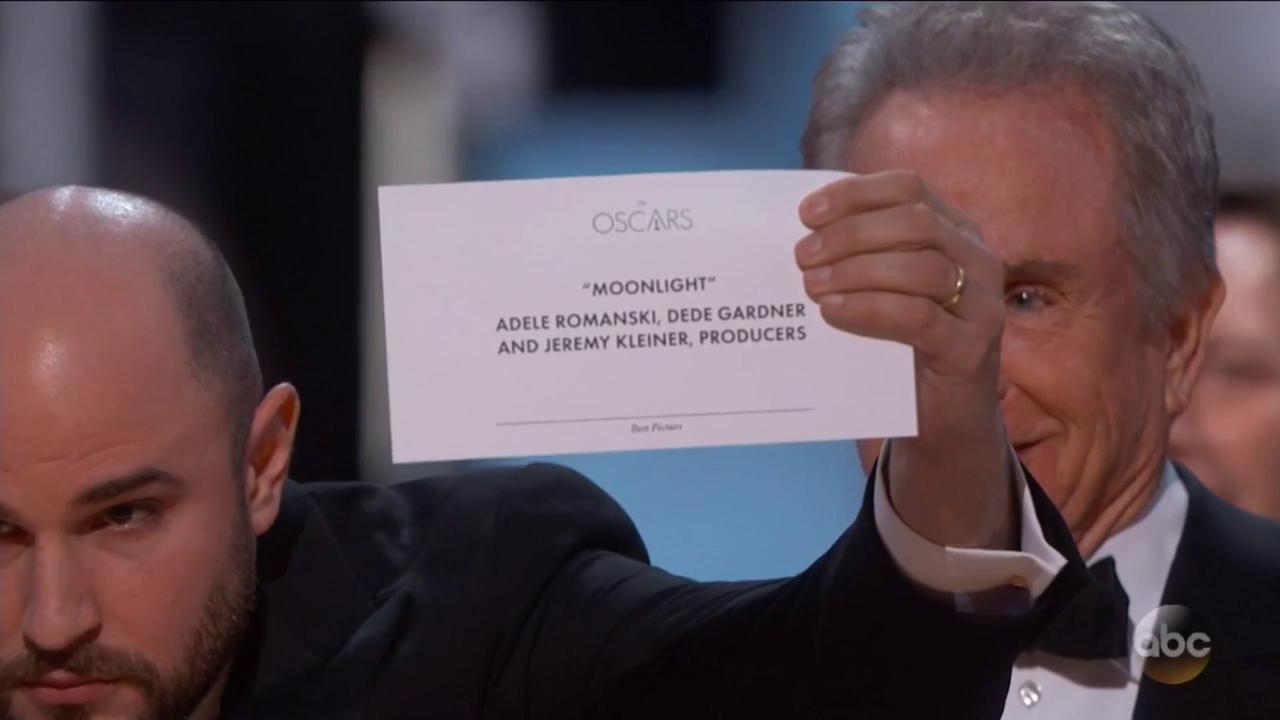 The ‘Bonnie and Clyde’ actors announced ‘La La Land’ instead of ‘Moonlight,’ the correct winner.

In a stunning gaffe, Warren Beatty and Faye Dunaway, stars of 1967’s classic Bonnie and Clyde, announced the wrong best picture winner at the Oscars on Sunday.

Dunaway read the winner as La La Land instead of the real winner of the night, Moonlight.

Beatty told the audience that they had received the wrong envelope, saying that he saw Emma Stone’s name on the card along with La La Land, meaning he had been given the card announcing her win for best actress. When he originally opened the envelope he hesitated, seeming to realize something was amiss, before showing the card to Dunaway, who read the “winner” before Beatty could stop her.

“I opened the envelope and it said ‘Emma Stone, La La Land.’ That’s why I took such a long look at Faye, and at you. I wasn’t trying to be funny,” Beatty assured everyone, after admitting to the mistake.

“I’m not going to speak about it,” Dunaway told The Hollywood Reporter of the event at the Governors Ball following the ceremony.

The cast and crew of La La Land had already taken the stage to give their acceptance speeches when they learned of the mix-up. As the film’s producers were making their speeches, producer Jordan Horowitz informed viewers that the category’s winner was actually Moonlight, and showed the card announcing the winner to the camera. He later explained that a stagehand flagged to him that Beatty and Dunaway were given the wrong envelope.

La La Land’s Fred Berger and Marc Platt had also noticed the error onstage, saying into the mic, “We lost, by the way.”

“Warren, what did you do?!” joked Kimmel, coming onstage to help work things out, before joking that he also blamed Steve Harvey, who famously mixed up the winner of Miss Universe.

The duo was there to present the best picture award in celebration of the 50th anniversary of their classic film, Bonnie and Clyde.

“The last 20 minutes of my life have been insane. It’s been otherworldy,” said Moonlight director Barry Jenkins of the film’s win, thanking the La La Land producers. “It was so generous and gracious of them. My love to La La Land.”

“I think all the movies that were nominated were worthy. I noticed the commotion that happened and I knew something strange had occurred,” he continued. “It made a special feeling even more special — but not in the way I expected.”

Asked if the Academy had explained to Jenkins what happened, he said, “No explanation. Things just happen. I will say I saw two cards. I wanted to see the card and Warren refused to show the card to anybody before he showed it to me. He said, ‘Barry Jenkins has to see the card. He needs to know.’ The folks from La La Land were so gracious. I can’t imagine being in their position.”

“I could see people running around in the background so I knew something was a little bit off,” he later told THR, “but I didn’t know what. I could see Jordan’s face, and that’s when I realized something was happening. I felt a million different things but I did realize that whatever he was going to say was going to be the truth because he looked over and I just wanted to hug him. I could see in his face that it wasn’t a joke.”

Backstage, Mahershala Ali also commented on the mix-up. “La La Land has done so well and has resonated with so many people,” he said. “When their name was read, I wasn’t surprised, and I was really happy for them. When I did see security or people coming onstage and their moment was being disrupted in some way I got really worried and then when they said ‘Moonlight, you guys have won.’ It just threw me, more than a bit. I didn’t want to go up there and take anything from somebody. It’s very hard to feel joy in a moment like that … but I feel very fortunate for all of us to have walked away with the best picture award. It’s pretty remarkable.”

“Of course it was an amazing thing to hear La La Land — I think we all would have loved to win best picture, but we are so excited for Moonlight, I think it’s one of the best films of all time,” said Emma Stone backstage. “I also was holding my best actress in a leading role card that entire time.”

It was pointed out later that Beatty was holding the best actress envelope throughout their presentation. 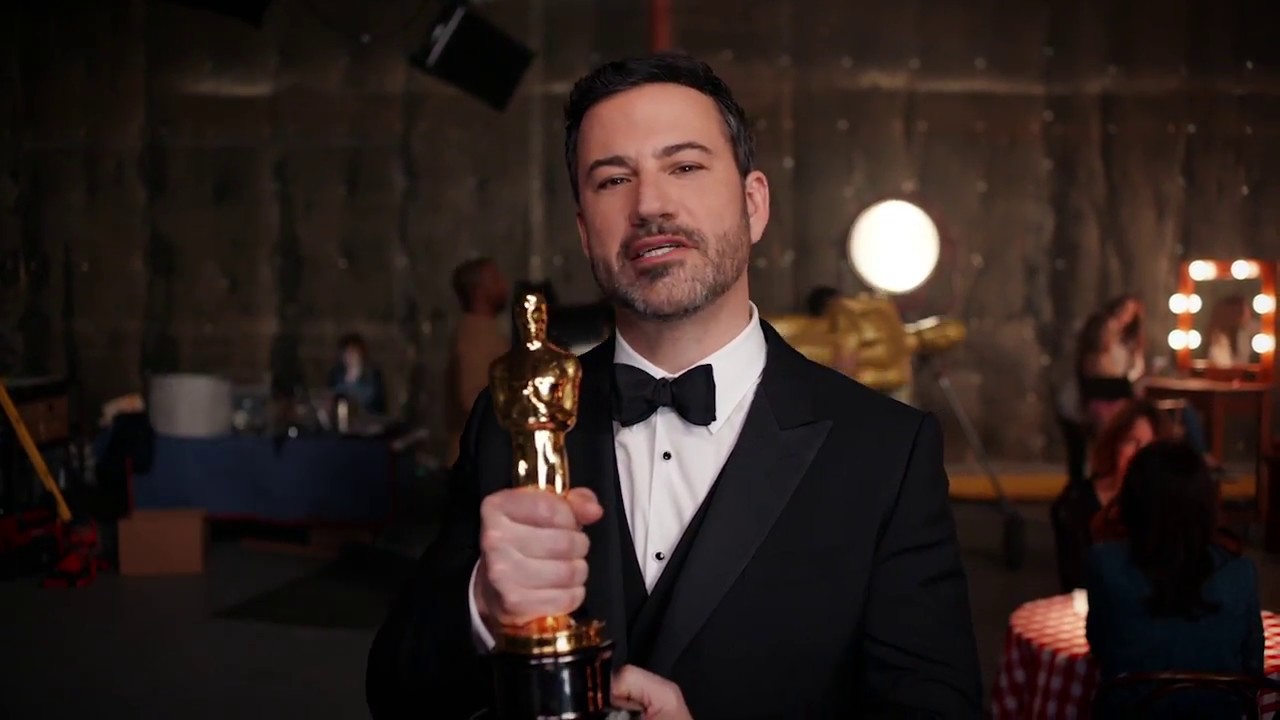 Hollywood Reporter’s Guide to the 2017 Oscars: What to Know About Sunday’s Show

Jimmy Kimmel will host the 89th Annual Academy Awards, airing live Sunday on ABC. The year's biggest films will be honored at the 89th Annual Academy Awards on Sunday at the Dolby Theatre in Hollywood. The live show begins at 5:30 p.m. PT. on ABC, following the red carpet preshow, which starts at 4 p.m. PT. Jimmy Kimmel will take the stage to host the ceremony. Although he's hosted several […]