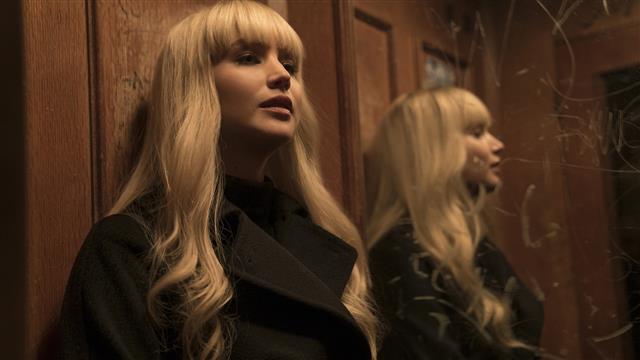 After less than eight years of stardom, Jennifer Lawrence’s career is studded with comic triumphs and depictions of epic suffering. (Her suffering in “Winter’s Bone,” her first starring role, was stirring for being understated, unlike the spectacular trials she endured as Katniss Everdeen in “The Hunger Games” series.) No one can touch her when her gift for sparkling comedy intersects with great material, as in two of the three films she made with David O. Russell, “Silver Linings Playbook” and “American Hustle.” Still, she’s taking—and giving—punishment again in “Red Sparrow.” She plays a Russian ballerina, Dominika Egorova, who learns to use her body, along with her mind, as a Putin-era spy. Ms. Lawrence is impressive, as always, and Dominika does some intriguing double- or triple-dealing when her loyalties are tested by Nate Nash, a good-guy American spy played by Joel Edgerton. But the film suffers, terminally, from joyless direction by Francis Lawrence —no relation—and a monotonous script by Justin Haythe.

The title refers to “sparrow school,” a secret Russian program of instruction and indoctrination in the strategic/sexual arts; the school was supposedly set up by Soviet Premier Nikita Khrushchev, and who’s to say it wasn’t? (The screenplay was adapted from the “Red Sparrow” books by Jason Matthews. ) Dominika is far from a flap-happy fledgling. She doesn’t want to be in sparrow school, which she calls whore school. But she’s been forced to serve her country as a new version of a sleeper agent by her vile uncle Vanya ( Matthias Schoenaerts ), a heavy hitter in the SVR, a successor to the KGB. Vanya has the power to extend, or withdraw, medical and financial support that’s desperately needed by Dominika’s ailing mother. (Like James Cagney’s Cody Jarrett in “White Heat,” Dominika will do just about anything for her mom.)

A long section of this needlessly long film is devoted to sparrow training. The passage, a possibly intentional parody of every basic-training sequence you’ve ever seen, is deadly serious, extremely silly and the best part by far. “From this day forward you’ll become sparrows, weapons in a global struggle for power,” the recruits are told by Charlotte Rampling’s unnamed and unsmiling instructor, a sort of Ninotchka minus verve and wit. “Your body,” she announces later, “belongs to the state.” And later still: “You must learn to love on command.” The instructor’s lectures are followed by seduction workshops and sexual tests that go beyond silly into shameless and smarmy. But they do set up a feminist theme: the heroine’s struggle to free herself from the bondage of her wretched uncle and the male-dominated state. “In my country,” Dominika says, “if you don’t matter to the men in power you don’t matter.”

She says that to Nate, the CIA operative played by Mr. Edgerton and the object of her first assignment, in Hungary. He has information that her uncle and the SVR want at all costs; she’s been ordered to extract it by whatever means. 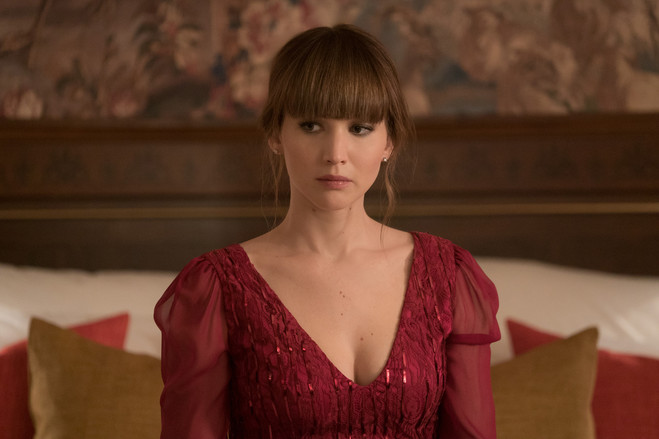 This also sets up the potential—maybe even Dominika’s need—for her falling in love on command from her heart. Instead of cat and mouse, the two spies play sullied cynics coming clean, or seeming to, while we try to divine their true loyalties. Why is she telling him so much about herself? Is she falling for him, or wrapping him around her trigger finger? He’s certainly appealing, in his rough-hewn way—Mr. Edgerton gives a solid, unmannered performance. Nate could be the first man worthy of her trust, unless he’s working her with devious tradecraft. Or is he falling for her? If so, how could he not? She’s gorgeous, she’s vulnerable, she’s Jennifer Lawrence and it’s Budapest, photographed in golden hues by Jo Willems. 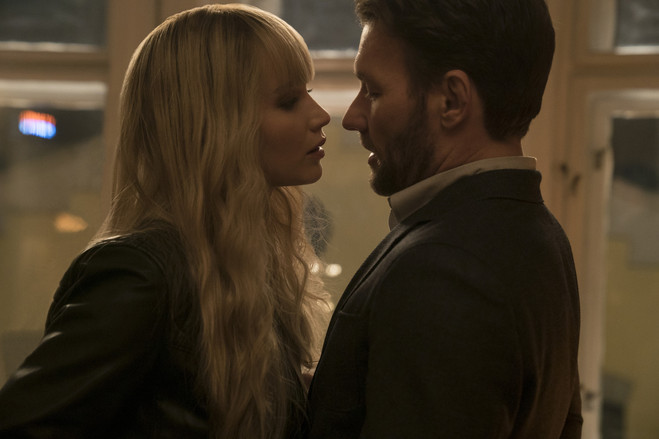 Many of the images are romantic, but the movie isn’t. Its cool heart lies with rough sex, spasms of ugly violence, and the grim though interesting ironies of Dominika’s existential dilemma and how she resolves it. Ms. Lawrence had the same director in three of her four “Hunger Games” features, which weren’t grim at all. They were enlivened by pulp energy and extravagant style, while everything that happens here is carefully calibrated. Events make sense, though parts of the plot are hard to follow, but they don’t make you grin with anticipation or gasp with excitement. The one exception to the calculation is a brief appearance by Mary-Louise Parker as a U.S. Senate aide named Stephanie Boucher. Stephanie is a very small cog in a complex screenplay, but Ms. Parker lifts her from the page and brings her to screwy, tipsy and delightful life. It’s the sort of tossed-off magic that Jennifer Lawrence has worked so often in the past, and will work again. 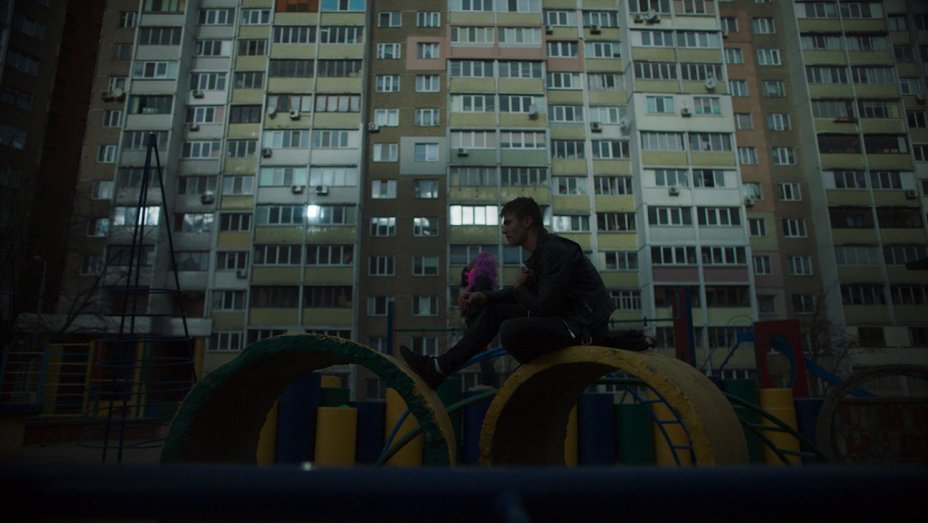 Writer-director Marysia Nikitiuk's debut, a Ukrainian-Macedonian-Polish co-production, bowed in the Panorama section of the German fest. A debut feature bursting with audacity, flair and energetic promise,When the Trees Fall (Koly padayut dereva) propels 31-year-old Ukrainian writer-director Marysia Nikitiuk into the leading ranks of younger filmmakers from eastern/central Europe. Straddling several genres with aplomb — only the odd wobble here and there betrays her greenhorn status — Nikitiuk socks over a full-blooded enterprise punctuated with steamy […]